CARDINAL NEWMAN DOES IT 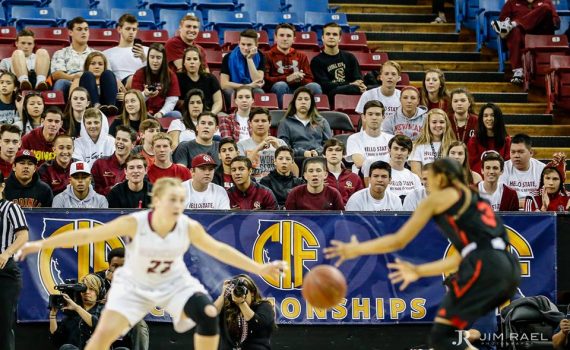 The Cardinal Newman Girls basketball team was eight points down early in the third quarter and scored a season low three points in the fourth quarter.
That doesn’t sound like a combination for success. But today after using defense, rebounding and one big run, the Cardinal Newman Girls are the 2016 Division IV State Championship after holding off Antelope Valley 39-37 to take the crown.
The streak that turned out to do it for Cardinal Newman came in the third. A three point field goal by Antelope Valley’s Savannah Sullivan started the second half scoring. It was Sullivan’s only basket in the game, capping a 12-1 run and Cardinal Newman was behind 27-19. Up until that run there were seven lead changes and three ties. The biggest first half difference was a 12-7 lead by Cardinal Newman late in the first quarter.

For the last two years Cardinal Newman has owned the local Girls Basketball scene. They have owned it to the point where you had the feeling if they didn’t win a State Championship, maybe it just isn’t in the cards for a local team to win one.
Well here we are.
Saturday is the day when Cardinal Newman meets Antelope Valley for the Division IV State Championship. The game begins at 10 am and it is at the Sleep Train Arena in Sacramento.
Both teams have had similar seasons. Both have won thirty games and both were the No. 1 seed in their region of the state playoffs. 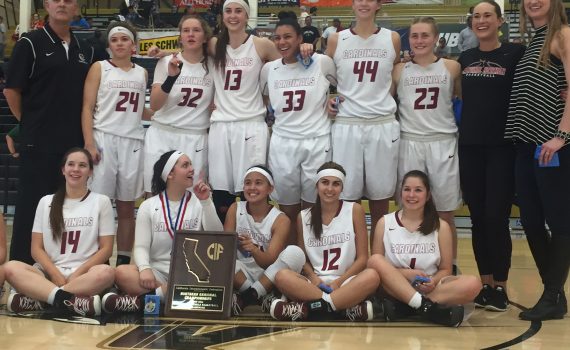 THE LOCAL HISTORY OF THE STATE BASKETBALL CHAMPIONSHIP
News
March 24, 2016

This Friday, March 25th will be the 100 year anniversary of the first ever California High School State Basketball Championship game. It was a Boys game and Whittier, on its home court, defeated Berkeley 31-20.
Things have changed and have changed a lot since that first game a century ago. Now we have twelve championship games (six boys and six girls) and they are all played in two sessions at the Sleep Train Arena in Sacramento, which is the home of the NBA Kings.
There will be more championship games this week than there were in the tryout for the State Championships in 1916. From 1916-1928 there were eleven championship games. There was one game each year except for 1918 and 1919, in which there were no games. Stockton was the big team back then winning four titles and losing in the championship game once. 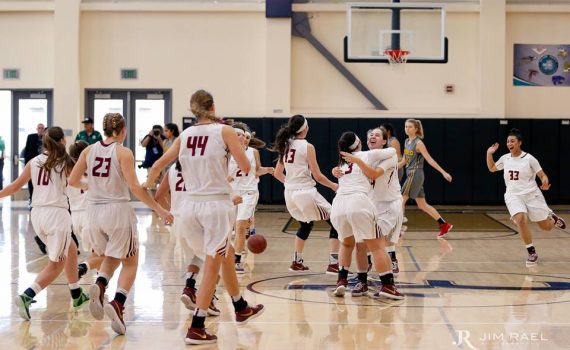 The Cardinal Newman Girls Basketball team waited a long time for this moment. It was a little over a year ago, when the dream of a state title for the 2015 team ended. They were defeated in a tight game by Brookside Christian in the Nor Cal Semi Final. They had to wait a little longer than expected to right that wrong.
In a game that felt like it was never going to start, the Cardinal Newman Girls did it and did it routinely. In a game they led from the start they defeated Menlo 51-32 in the Division 4 Nor Cal Championship Game.
The biggest battle on this Saturday was waiting for the start of the game. 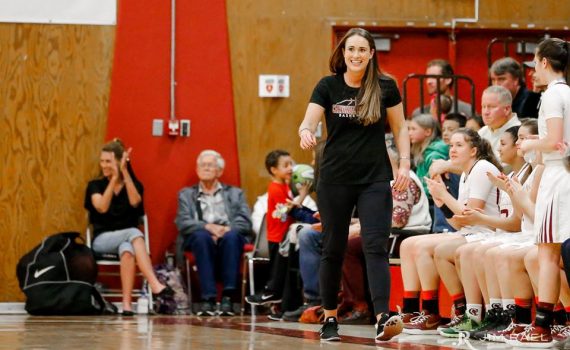 The date was December 3rd. It was the opening round of the Cardinal Newman Girls Basketball Tournament. The fourth game that night was Cardinal Newman against Menlo. Cardinal Newman won that game 62-51. It not only was the opening game of the tournament, it was the official opening game for both teams of the season.
Three and a half months later they meet again. They are a combined 50-12, which includes losses in their Section playoffs and a close Nor Cal playoff win. This time they meet in the Division 4 Nor Cal Championship game, with a trip to the Division 4 State Championship game at stake.
The game is Saturday at 2 pm at American Canyon High School. 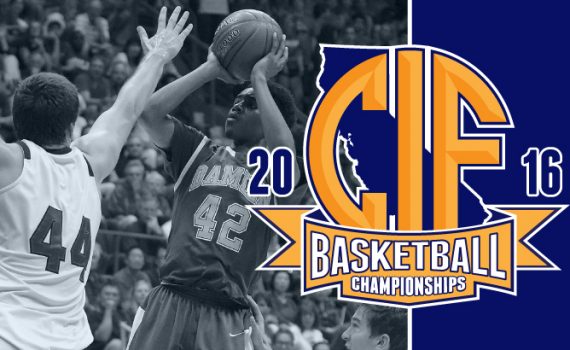 On Monday there was a preview about the Cardinal Newman Girls-Sacred Heart Prep Nor Cal semi-final game. In the original post that was up most of the day, some of the information about Sacred Heart Prep was right and some of it was wrong. The main part that was wrong was the information about the roster. I am not sure about how the wrong roster popped up.
I am blaming the mistake on the internet.
The part that was right in the preview was the Sacred Heart Prep record is 21-6. They did beat Scotts Valley 52-51 in the CIF Central Coast Section championship game and do have a 58-43 win over Woodside Priory earlier this season. 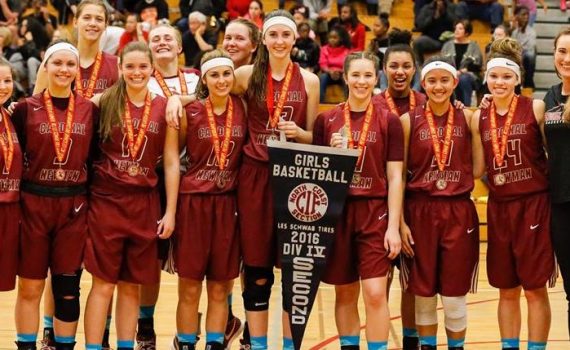 Coming off one of the most exciting wins in local post season history, the Cardinal Newman Girls continue their run at a State Championship. They are now three games away, and the next game is Tuesday when the No. 1 seed hosts No. 4 Sacred Heart Prep. The tipoff is at 7 pm.
Over the past two seasons the Cardinal Newman Girls have been used to dominating teams. In the second half of the second round game against Scotts Valley, they had to be dominating or the season would have been over. Cardinal Newman trailed 32-16 with two minutes to go in the first half. The rest of the game they outscored Scotts Valley 45-13 to take a 61-45 win. It is the kind of win that will live in their minds forever, no matter what happens from here on. 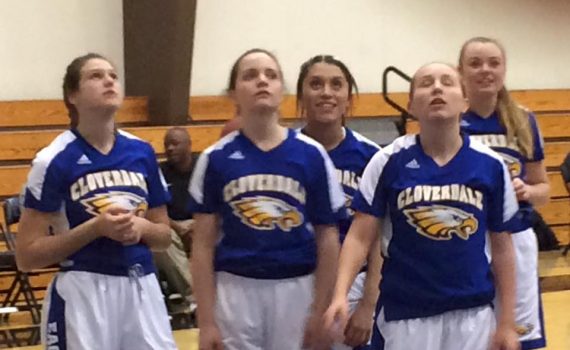 NOR CAL PLAYOFFS: IT COMES TO AN END FOR CLOVERDALE
News
March 14, 2016

When you get to this stage of the High School Basketball season you see teams that you probably haven’t seen before. So during warmups you check them out and match them up in your mind and try to guess what is going to happen next.
When matching up Cloverdale and the Woodside Priory team one thing was obvious. Woodside Priory was bigger, and that was at every position. For Cloverdale to have a chance, the thought was that maybe Woodside Priory wasn’t very talented and got here by being bigger only. They would also need some breaks and shoot the lights out.

On to Round Two of the Nor Cal High School Basketball Playoffs.
The key number is two. That is also how many local teams are left.
The two teams are the Cardinal Newman and Cloverdale Girls and they literally have different roads to the Nor Cal Finals, which is next Saturday at American Canyon High School.
In the North Coast Section playoffs, both teams took a loss and are still going. There is no margin for error in the Nor Cal playoffs. One loss and the season is over. 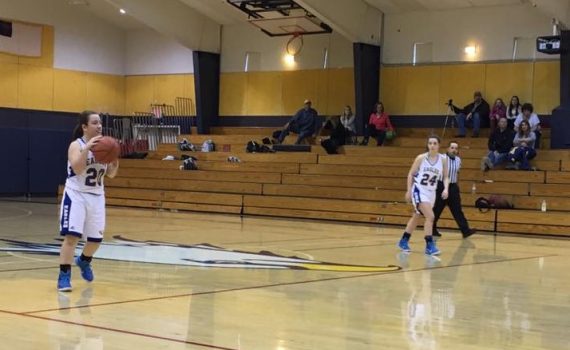 This is an official apology to the Cloverdale Girls Basketball team for the way they have been treated here this season. This is an apology for not having them in the YSN365.com rankings every week and an apology for not paying attention to them like I should have.
This is going to be boring for people that have read me all along, but for the newer readers, I was born and raised in Cloverdale and graduated from the high school. My name is on one of the banners celebrating the Cloverdale Boys basketball program on the West Side of gym. No not for any of the ones for the Craig McMillan state championship teams. I had graduated from Cloverdale well before that.