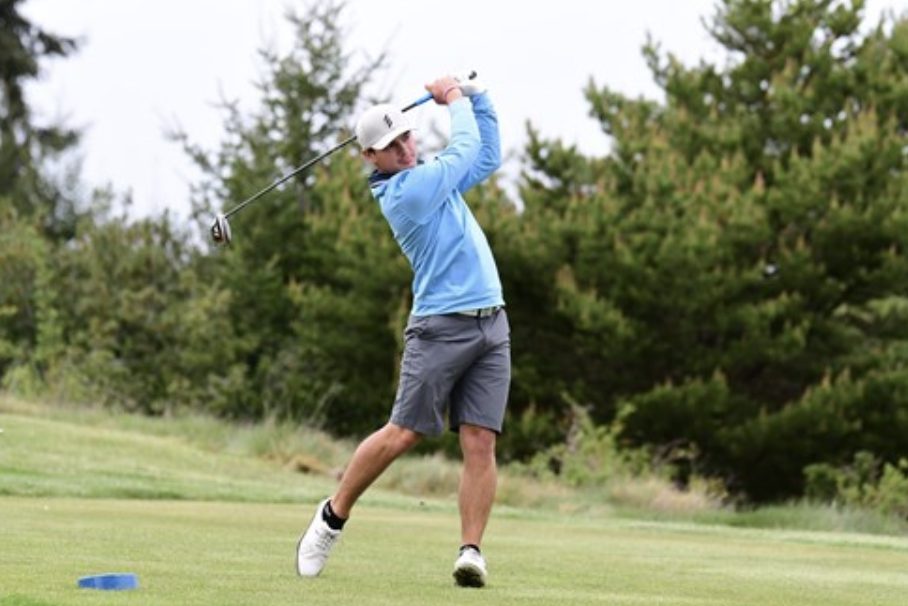 PGA pro Dave Johnson has announced the schedule for his popular Junior Golf Camps for this summer.

Camps include putting, chipping, pitching, the golf swing, rules, etiquette and a lot of “fun games,” according to Dave.

“We’re really looking forward to getting our golf camps back on track after last summer’s interruption,” said Dave, adding that the size of each camp this summer will be limited in size for “protocol reasons.”

To sign up or obtain additional information, email davejohnson@roosterrun.com or call Dave’s cell, 707-484-0467.

SSU back in Division II Nationals . . .

Coach Val Verhunce and the Sonoma State Seawolves men’s golf team have punched their ticket for a trip to the NCAA Division II men’s golf championships May 17-21 at the PGA National Resort and Spa in Palm Beach Gardens, Fla.

The Seawolves earned the trip by finishing third in the NCAA Division II West Regional in Dupont, Wash. last week. The national tournament includes four teams from each of the four regionals, plus three individual players from each regional.

The Seawolves, who entered the regional as the top seed for the third time in the program’s history, had to scramble the final day of the three-day competition to make it into the top four and secure a trip to Florida.

SSU needed to overtake several teams to make it into the top four the final day, and got off to a strong start as three of the team’s five players were even par or better after the front nine with Thomas Jenkins Jr. carding a 3-under-par while Devin Gregg and Griffin Pace shot even par.

The Seawolves bounced in and out of the top four most of the round, sitting as high as second at one point.

The par-5 16th proved to be a pivotal hole as Gregg and Pace both eagled to give their team to solidify their place in the top four.

“I hit my second shot in the bunker on the par-5 and had about 25 yards downhill towards the hole,” recalled Gregg. “I played a little chunk-and-run down the slope and the ball had just enough momentum to fall in the hole as its speed died . . . I gave one of the hardest fist pumps of my life.”

Gregg ended up shooting a 1-under 71, while freshman Nick Friedman and Jenkins carded even-par on the back nine to help SSU hold on to a spot in the top four.

On the par-4 18th, Jenkins had a shot at the individual regional title. After sticking his approach shot, he two-putted for par while Zach Burch of Texas A&M bogeyed the hole to hand the title to Jenkins.

Jenkins finished with a 3-under 69 to give him the individual title. He became the second Seawolf to win an NCAA individual regional title, following in the footsteps of Janssen Todd.

“Tom’s performance was huge,” said Gregg . “He took the role of carrying the team when we needed him, and for him to come out with a win is something we all will never forget.”

“I do know that the team is ready and they did not want to waste their efforts by ending our season in Washington,” said Verhunce, who led his team to a national championship in 2009. “I expect the players to organize class schedules and finals this week to free them up from their academic obligations to help give them an extra boost to compete in a long, but well-anticipated week of golf down in Florida.”

Some “stuff” I found online that you may or may not know:

What Does Rating & Slope Mean in Golf?

The terms “course rating” and “slope” are often thrown around golfing circles.

However, many golfers, particularly those new to the sport, are unsure of what these terms mean and how they impact the game. Fortunately, this explanation is rather simple.

Course rating is a figure that indicates the difficulty of a golf course to a golfer who averages even par on a round of 18. For instance, a course rating of 72 would portend that a “scratch golfer” would shoot 72 on that particular course.

Course slope is a figure that indicates the difficulty of a course in relation to a golfer who averages a bogey on every hole, and therefore, averages 18-over par on any given round. For instance, a course with a slope of 90 would indicate that an even-par golfer would shoot 72, while a golfer who bogeyed every hole would shoot 90.

Each course rating has a course slope. For instance, the men’s blue tees on a course might have a slope of 123, compared with 119 for the white men’s tees and 114 for the ladies’ tees. This takes into account the playing level of golfers for those particular tees.

Handicaps, and course rating and slope go hand-in-hand. Handicap is a number assigned to a golfer, indicating the number of strokes over par they are on an average round. For instance, a golfer with an 18 handicap would typically shoot 18-over par during a round of 18 holes. On a course with a course rating of 72, this golfer would be expected to shoot 90. Meanwhile, a golfer with a 20 handicap would be expected to shoot 92 on this same course.

Women’s Golf Day is June 1, so what have you got planned for the women in your life?

If you have something in mind, let us know. Email me at bmeadows4sports@aol.com