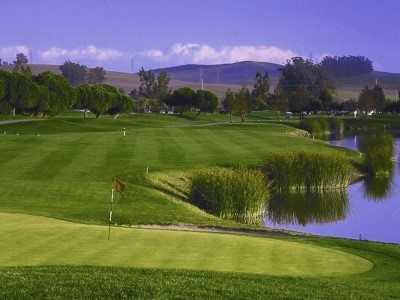 It’s pretty easy to get a bad reputation, but a lot tougher to get rid of it.
Just ask golf courses such as Adobe Creek and others like it who have, for various reasons, had to shut down for a while, allowing their facility to fall into disrepair, or courses that have gotten into bad shape under one management group but are on the rebound with new owner/operators.

“It’s tough to get people back,” said Neal Hellman, pro shop manager as well as Adobe’s junior golf instructor and PGA Junior Team coach. “The course had a bad reputation for its condition before Wine Country Golf Group took over.”

Adobe actually closed for a year before WCGG bought the course, but even before the closure, the condition of the Robert Trent Jones 18-hole layout in East Petaluma had deteriorated . . . not being used for a year just made things worse although some effort was made to keep Adobe from completely going to seed.

“The condition is much better now,” said Hellman. “The greens are awesome, the best they’ve been in a long time although last summer was tough with the drought.”

Hellman said aeration and reseeding has gradually brought the course back, but there is still work to do.  Work and money have been put into restoring some fairways, and recent rains have helped, too.

What Hellman would like to see is more golfers coming back and checking out what’s going on at Adobe.

“We have players who haven’t been here since the course closed who are surprised it’s in such good shape now,” said Hellman.  “We get a lot of compliments, more all the time.”

But Hellman would still like to see those who gave up on Adobe come back and give it another chance.

“For an 18-hole public course, the rates are great, we have an outstanding range facility and three putting greens,” Hellman said.

What Adobe does not have is a club house, currently operating out of a small shack by the range. That’s because the large clubhouse facility that previously housed a restaurant, pro shop and offices is closed.

“We have had a few inquiries, but no takers,” said Wine Country boss Bill Carson in regards to leasing out the facility. “We are trying to get someone in, and would make anybody a great deal . . . we will keep trying.”

The vacant facility, which would probably be somewhat costly to re-open, is something of an eyesore, and the source of the usual questions about “what is that place and why isn’t it open?”

“What we do have is OK, but we obviously would like to get into a bigger place,” said Hellman. “We do have Adobe Creek merchandise, gloves, hats, shoes as well as fresh sandwiches and wraps.”

If you want more information, call the pro shop, 765-3000 or just take a drive to 1901 Frates Road and see for yourself.  Just about everyone deserves a second chance, even golf courses !!!

Note: The Adobe Creek Junior PGA team will be starting up in May. with signups starting in March. The team is for kids age 13 and older and plays up to half a dozen matches during the summer at courses like Bennett Valley and Peacock Gap

There are weekly practices at Adobe and team members get golf shirts, golf balls, free play at five different courses “and the chance to find out what competitive golf is like without having too much pressure because it’s team best-ball play,” explained Hellman, adding that cost to join is about $150. Call Neal at 765-3000 for more information.


Getting more women on the course
Keely Levins from Golf Digest recently posted an article on the Golf For Her website in regards to getting more women on the golf course.
“To try and figure out how, we looked at what‘s keeping women from playing and what they’re doing in their free time instead. Director of Business Strategy Jeehae Lee said they found the following: Women are intimidated by how many more men play than women; women don’t like that golf is so individual, and there aren’t enough attractive clothing options.
Topgolf asked women who do play why they continue to play golf. Overwhelmingly, Lee said their reasoning was other people — as in my partner plays, my children play, my dad played, my friends play.
“Topgolf found that in their free time, women are taking on a lot of athletic activities like yoga and spin classes, but not golf lessons. The element that separates these classes from a typical golf lesson is the same thing that’s keeping women in the game right now: it’s a social atmosphere.
“Half the fun of a yoga class, for me anyway, is watching my friends struggle while I attempt to not tumble on the mat next to them. Topgolf wants to bring that same feeling to golf lessons.
“You know how you can drop in whenever you want to a spin class? Topgolf wants to have the same structure in group women’s lessons. They don’t have a concrete plan right now, but they’re planning to offer classes with roughly six women and one instructor, to provide a social atmosphere while still giving everyone enough personal attention.
“And, because cocktails never hurt, there are likely to be some lessons with little bonuses, like happy hour. While this plan isn’t directly getting women onto golf courses, it will hopefully get more women swinging golf clubs. And that’s the first step toward getting them onto the course.”
So what do you think? Any suggestions on how to get more women playing golf?

Little River’s No. 4 green has a new look
The new No. 4 green at Little River Inn Golf Course is scheduled to open Feb. 16, just time for the scenic course’s tournament season.

“No. 4 was a very difficult and sometimes unfair green to putt, but if it functioned horticulturally we would have probably let it be, given our small budget and limited staff for such projects,” explained superintendent Terry Stratton. “But the green was a maintenance nightmare, rock-hard and scary to putt in the spring through the fall, and turning to mush in the winter. Pin positions were severely limited to a 10×10 area.”

When Terry and his crew excavated the green, they found no drainage system, “only horrendous spongy black clay.”  The green surface had inches of thatch.

“The best part of the project for me, as a superintendent working with a small budget, was how we paid for it. Two-thirds of the money was raised through our annual course enhancement tournament held each summer,” explained Terry, adding that Little River ownership covered the rest.

“We are very grateful to Bill Gibney and his wife Kathy for all their hard work and dedication to improving the golf experience at Little River.”

If you’ve never played the nine-hole seaside course, it’s worth the drive. Make it a weekend with side trips to places like the town of Mendocino. Go to www.littleriverinn.com for information.

“Butch was always a good golfer, playing with guys like John Flachman, Ed Stocke, Howard Fisher, Chris Moranda, Joel Halvorsen and a host of other fine players around the county.

“He’s a competitor who often beats players stronger, on paper, but weaker in the intangible something that makes good players better,” said Stratton. “In his late 70s, he beat me in an NCGA qualifier with a birdie on our first hole, a hole I didn’t think he could even reach in two, but he did.

“Now at 83, Butch is a constant on our list of senior golfers who shoot under their age, usually in the mid- to high 70s . . . very impressive. Other guys who make the list are typically ones in their mid-80s who shoot in the lower 80s from the forward tees, but Butch still plays the regular tees with the youngsters and beats them regularly.


So, did you hear the one about  . . . ?
You may have heard this one before but there’s always room for a golf joke, even tasteless ones like this.
A man playing golf by himself at Pebble Beach, was paired with two other golfers. After a few holes, one guy in the twosome finally asked why the man was playing such a beautiful course by himself.
The man replied that he and his wife had played the course every year about this time for more than 20 years, but she had passed away and he kept the tee time in her honor.
The twosome commented that they thought certainly someone would have been willing to take her spot.
“So did I,” said the man. “But they all wanted to go to the funeral.”


—————————————————————————————————-
We’d love to hear from you . . .
The idea behind creating and continuing to write GOLF 707 is to get golfers – pros and amateurs – involved in getting the word out to the golfing community on just about any and all golf-related activities.
We have heard from a lot of you, but would love to hear from more . . . so if you have a tournament or golf activity coming up you want to publicize, if you have a golf story – humorous or otherwise – you’d like to share with other golfers, if you have a complaint or a compliment for a golf course or local golf business, let me know and we will take it from there.
And if you or someone you know would like to advertise on GOLF 707, we would be happy to give you any details you need or send you a rate sheet. Again, thanks to Bill Carson at Wine Country Golf Group for his continued and much-appreciated support.
Email me at [email protected]