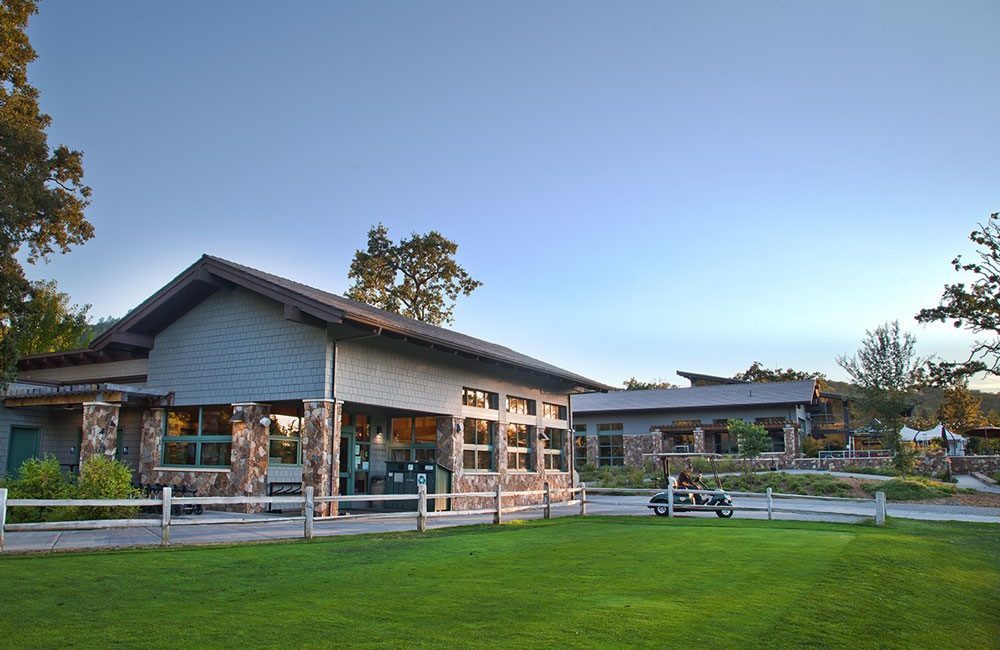 Should we play 9 or 18 holes?
That decision depends on a lot of things, including available time, cost, in some regards your skill level.
We checked with a few local golfers to get some opinions.
Rob Watson, Class A PGA and head pro at Rooster Run in Petaluma:
“I prefer 18 holes.  I come from a very competitive family background and have difficulty motivating myself to play 9 holes unless I am competing in a specific 9-hole event.
”However, I feel playing 9 holes gives players/students a great opportunity to work on their game and practice shots they might not practice otherwise.
Jerry Stewart, Assistant Director of Communications at the Northern California Golf Association:
“The benefits of 9-hole play are that it is faster and cheaper, although in my opinion one’s pace of play is always dictated by those playing ahead.”
Jim Strong, owner of Strong’s Golf in Santa Rosa:
“I do feel people more and more are leaning toward the 9-hole rounds of golf.  My observations tell me people no longer want to spend 4-7 hours away from home to play golf.
“I know I mainly play 9-hole rounds these days. The young generation wants instant success and would rather play with their phones than play golf so down the road golf we could see a bigger drop in play than it has seen recently.
He adds that “the Fairgrounds GC could be in the prime spot for all these players. “Thanks for that plug, Jim!
Sam Adams, a PGA member for 35 years, recently wrote an article for a golf publication and provided some interesting ideas as well as historical perspective.
Less than 30 years ago, nine-hole courses in the U.S were very common and there was no apparent stigma attached to that concept.
“As golf boomed late in the 20th century and especially when real estate developments starting popping up everywhere, the great majority of new courses were 18 holes,” writes Adams. “”Since golf was going through a boom era at the time, the 18-hole round was granted an unofficial status as ‘real golf,’ and as courses got bigger and longer, the five-hour round started to be the norm.”
But Adams points out that since golf started something of a decline, a lot of attitudes are being re-examined. With time and expense being the two biggest complaints about golf, it has finally started to sink in that returning to the nine-hole round might be a better alternative than “destroying the game as we know it.”

Glen Nager, USGA president, writes that “five-hour plus rounds of golf are incompatible with the compressed time that many of us have available for recreational activities. ‘Time for Nine’ is a fun and creative start to promoting a nine-hole round of golf as a complete and enjoyable experience that is consistent with the traditions of playing the game.”
In 2013, the USGA and PGA of America began to support the “Time for Nine” program, noting that today’s golfers are under all sorts of constraints, such as time, funds and difficulty of the game.
“So we saw an opportunity to establish our own program, ‘9 holes in 90 minutes.’ Using the mantra of ‘fast, affordable and fun,’ we developed reasonable green fees and started the program at first on weekdays only, but it became apparent that the program could work on weekends as well.”
Nager said the effort resulted in capturing a number of new players as well as increasing revenue.
The USGA even made a change in the rules governing handicaps, making 9-hole handicaps legal.
“We’re not trying to get everyone who plays 18 holes to play nine holes instead,” says Jerry Tarde, Golf Digest chairman and editor in chief. “We’re after people who aren’t playing because they think golf is a half-day proposition . . . the message is that nine-hole golf is legitimate and not half golf or kids’ golf.”
Adams points out that most other forms of recreation seem to take two hours or less, like movies, dinner, cocktail parties, tennis, bowling or going to the gym, adding “if golf were invented today it would be a nine-hole game.”
Adams goes on to say nine holes can be snuck in before or after work, especially during Daylight Saving Time, and it may be a better alternative for some players, especially older ones, as it takes less time and energy.
An argument for 18 hole holes is the 9-hole round is over way too quickly and sometimes it takes more than nine holes for some golfers to find their swing.
Adams concludes by saying “a 9-hole practice round can help you learn as well or better than pounding balls on the range . . . even if you master a technique on the range, how many flat lies do you get on the golf course?”
I work at Fairgrounds Golf Course, a popular nine-hole layout in the middle of the Sonoma County Fairgrounds race track, and while I am not particularly partial to 9-hole play, I can see the benefits.
I try to sneak out from time to time to get in six or nine holes at Fairgrounds, although I do enjoy getting out for 18 holes, especially at a course I have never played.
But I definitely do not like spending five hours or more chasing that white ball so I try to pick my spots when I do play 18, opting for real early in the morning, when navigating an 18-hole course can often be done in four hours or less.
I believe there is obviously room for both 9- and 18-hole rounds and you should do whatever fits your schedule and lifestyle.
I’m not sure if all 18-hole courses offer 9-hole rounds, but they should. After all, getting money in the register for nine holes is preferable to having golfers opt not to play at all on a given day  because they don’t have the time.
The idea is – or should be – to get more players on the golf course, especially kids. There is nothing more discouraging for a youngster or a beginner than to be taken to an 18-hole course that is obviously too long and too challenging.
You want to turn people on, not off, about golf, and starting with nine holes is a good option.
If you have an opinion on 9 holes vs. 18 holes, I’d like to hear from you. Email me at bmeadows4sports@aol.com 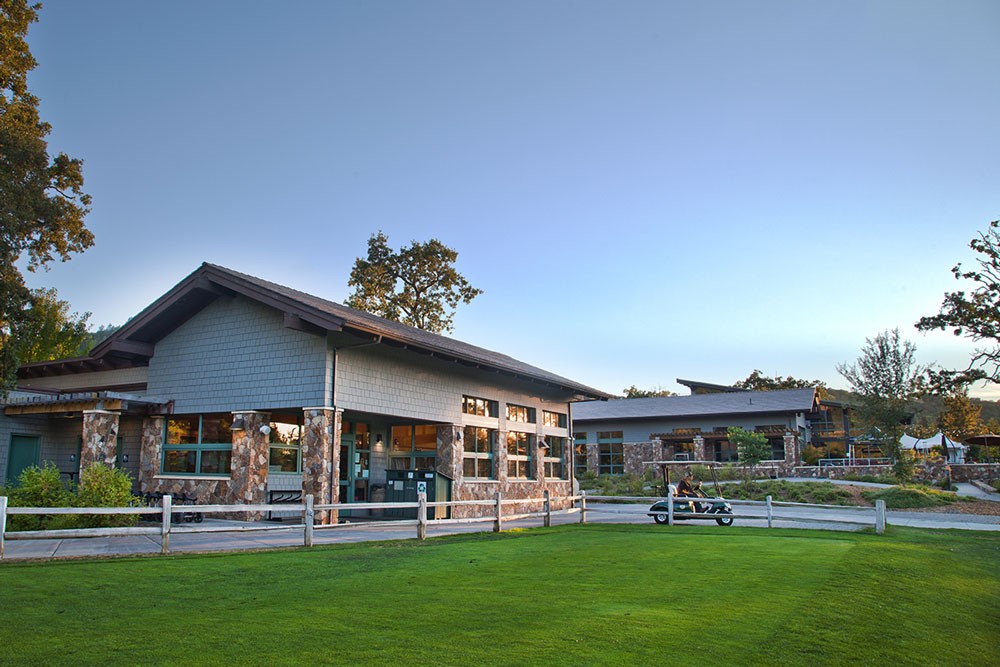 Check out what’s available at Bennett Valley
Golf on the menu at BV . . .
PGA pro and  Director of Instruction Greg Anderson, new to Bennett Valley but hardly new to local golf, has some specials for you.
Anderson is offering three private lessons plus a $100 driving range card for $275, which is 15 percent less than the regular price of $325.
You can also get three private lessons, normally $225, for $192; and six private lessons, normally $450 for $375.
Private lessons include a computer swing analysis with the V1 Digital Coaching System; after-lesson feedback from Greg; Zelocity PureLaunch data quantifying golf shots, and range balls and equipment as needed.
Gift certificates are available so contact Greg and he’ll take it from there. Call 707-696-1621 of email greganderson@pga.com
Bennett Valley is presenting “A Day on the Greens”, what is being billed as “a family golf par-tee,” on Saturday, Aug. 5, from 1-4 p.m.
There will be events and contests, including putting, chipping and pitching as well as long drive, pee-wee golf, merchandise discounts and hourly giveaways.
Anderson will also provide an introduction to year-long programs such as Junior Linksters (6-12), Teenage Players (13-19) as well as Player’s Club, Annual Pass, League Participation, men’s and ladies’ clubs and golf lesson packages.
Local celebrities and professional trainers will make an appearance, and golf vacation trips will be explained, such as Dec. 11-15 to Bandon Dunes and Cabo San Lucas in February of 2018.
To participate in the special day, RSVP to Greg at greganderson@pga.com
Grandparents Week at Oakmont
A special Grandparents Week is being celebrated at Oakmont Golf Course in east Santa Rosa with a special camp for kids.
LPGA instructors Jessica Reese Quayle and Rebecka Heimert will be on hand to handle classes the activities.
Dates are July 24-25-26 from 9 a.m. until noon. Cost is $150 per child with lunch and drinks provided on the third day.
To sign up youngsters, go to the West Pro Shop or call 539-0415.

The island green at Rooster Run’s No. 15 offers many challenges
Junior camps this summer . . .
PGA Class A pro Dave Johnson is offering junior golf camps in June, July and August at Rooster Run GC in Petaluma.
Half-day camps are Monday through Friday for ages 6-16 from 9 a.m. until noon at a cost of $275. Full-day camps are Monday through Friday, 9 a.m.-4 p.m., at a cost of $425.
Junior Champion’s Challenge camps (for more experienced golfers) are for ages 11-17 and run Monday through Friday, 9 a.m. until 4 p.m., at a cost of $475.
Full-day camps include nine holes of chaperoned golf.
“Players of all abilities are welcome to enroll, to improve their game and make friends,” says Dave, Rooster’s Director of Instruction, who has been running junior camps and programs for more than 25 years.
Camp dates are July 24-28 and Aug. 7-11. Call 484-0467, email davejohnson@roosterrun.com or go to www.davejohnsongolf.com
Val Verhunce, Class A pro and Sonoma State University head golf coach, is offering Nike Camps this summer.
There is a half-day camp at Bennett Valley July 24-28 for ages 5-10 from 9 a.m. until noon. There is a full-day camp July 10-15 at Foxtail for ages 10-15 from 9 a.m. until 4 p.m.
Contact val.verhunce@sonoma.edu or zholen1@pacbell.net,

Let’s hear from you . . .
Thanks for all your ideas for GOLF 707 as well as those who have provided golf-related information.
I would love to hear from more of you regarding just about anything golf-related. I’d like to get suggestions for feature story ideas for local golfers or golf courses, news on local kids playing in high school or college.
I would also like to know the courses and golf business you like, and why, and those you might have a problem with, and why.
Any if you have golf events, clinics, sales. etc. on the agenda, let me know and I will try to help get the word out for you.
If you are interested in helping sponsor GOLF 707 like Bill Carson at Wine Country Golf Group has graciously done, let me know and we will give you the details. We want to continue this column but could use your help and support.
Don’t just think about it  . . . do it! Email me at

bmeadows4sports@aol.com and we will go from there.