GOLF 707 NOTEBOOK: What's the most difficult shot for you? 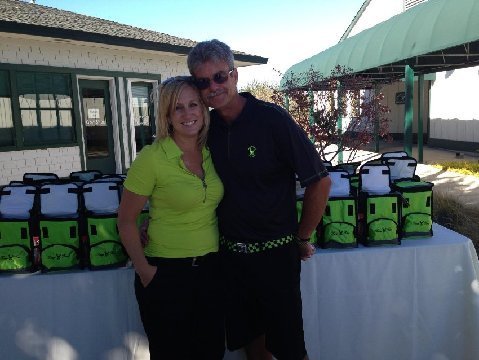 
What’s the toughest shot in golf?

It no doubt depends on your ability as a player. A tough shot for a touring pro, for example, would not necessarily be the same as the most difficult shot for a high-handicap amateur.
Personally, the most difficult shot for me has always been anything out of the sand. I have played pretty well over the years, but like to pretend there are no bunkers on the golf course . . . when I get in one, I usually draw a blank.


Anyway, we tossed the question out to pros and amateurs to get some opinions and we got lot of them, too many for this notebook so others will be posted in the next GOLF 707 report.
A lot of the suggestions involved bunkers, especially long bunker shots or shots from fairway bunkers.
“Long bunker shot from around the green,” says Jim Strong. “Don’t open the blade as much as with a sand wedge and aim about an inch behind the ball.”
“A 40-50 yard bunker shot from soft sand,” offers Windsor pro Jason Schmuhl. “No room for error, but if you are too aggressive you have no chance to get close to the hole . . . this is a shot I leave short 90% of the time.”
“Long bunker shot, 50-75 yards,” says pro Rod Metzler of Empire Golf. “You have to make sure you catch the ball first but also hit down and through so you don’t skull it.”
“Plugged shot under the lip of a bunker,” suggests Piner golf coach Rich Gregus. “Open your stance, hit down and behind the ball . . . And you can also choose to hit the ball out sideways.”
“A 50-60 yard bunker shot,” says veteran golf writer Dan Hruby. “What club to you use? How much sand should you take? How much trajectory?”
“Long greenside bunker,” explains Windsor pro Molly James. “First of all, avoid the bunkers! And hit a gap wedge for longer shots.”
Molly also lists fairway woods, and suggests lower club head speed, using a 5- or 7-wood or even a hybrid. “When using sweeping clubs, play the ball forward in your stance and swing through the ball . . . follow-through is critical.”
Local golfer Frank Marqua says “take more ball than sand” on long bunker shots and use one more club than you would use from that distance on the fairway.
Bennett Valley pro Jess Stimack has an interesting take on the toughest shot, noting “the toughest shots in golf are the ones you aren’t able to practice.”
Jess figures the 30-40 yard bunker shot would be a popular choice, and suggests setting the shoulders parallel to the slope, especially on a downhill lie, don’t “help” the ball into the air and take one less club and move the ball back in your stance to give yourself a chance to contact the ball first.
Oakmont’s John Theilade also has a different take on the toughest shot, and suggests “the one you have to hit after making a double bogey or worse . . . your mind can be reeling with anger, your confidence has been shaken, but you have to try to refocus and concentrate on the next shot, leaving the bad experience behind.”
Easier said than done, but as John says, “the toughest shot in golf is where you have no confidence or positive thoughts before hitting it . . . your nerves take over and you body parts tighten up to the point where producing a good shot becomes almost impossible.”
I think John has been watching me play !!!
Regardless, a number of responses mentioned chip or flop shots, especially over things like sand or water, woods from downhill lies and other troublesome shots, but we will get to those in the next GOLF 707 notebook.
In the meantime, if you want to add to our list, send me an email at bmeadows4sports@aol.com and give me your “toughest shot.”

‘Range & Ritas’ at Rooster Run
It started out as a way to get more women playing golf, but “Range & Ritas” has exceeded the expectations of Rooster Run golf director Rob Watson.
“The program was originally founded on an idea of ‘Get Golf Ready,’ a PGA concept,” explained Watson. “We liked the program but wanted to tweak it a little.”
So “Range and Ritas” has become a fixture at Rooster Run, with participants — mostly women, but not totally — receiving five 90-minute lessons, the fifth involving a few holes on the course, a logo tote bag, towel and hat and, of course, post-lesson margaritas.
The program, which Watson started with Cary Dacy, development director for Boys and Girls Clubs of Marin and Southern Sonoma counties, initially cost $149 and is now $169, and Rob says “Range & Ritas” is growing in popularity.
This is the third year of the program and more than 150 golfers have participated, with some repeat performers, including six women who formed the “Thursday Ritas.”
“Range & Ritas” has been recognized by the NorCal PGA for its success in developing the game.
Learning how to play and having a good time . . . not a bad combination. Call 778-1211 or go to www.roosterrun.com

Where is the oldest course ?

Two of California’s oldest golf courses can be found nearby.
Aetna Springs in Pope Valley and Mare Island in Vallejo were listed as the oldest in the state, having opened in 1892.
Burlingame CC opened in 1893; San Francisco GC and Presidio in 1895; Old Del Monte and Claremont CC in 1897; San Jose CC in 1899; Menlo CC in 1906, and Sunnyside in Fresno in 1911.
If you’ve never checked out Aetna Springs, it is worth the winding drive to Pope Valley. I can remember taking my kids there for a round of golf as well as a few stops at the bass ponds on the property.
When Aetna Springs opened, it drew the wealthy from the San Francisco Bay Area as well as show business celebrities from Hollywood.
The bucolic 9-hole course, which features a new clubhouse, is reputed to be the oldest west of the Mississippi. It’s open Wednesday through Sunday. The phone number is 965-2115 if you want to find out more. It is well worth the hour-long drive from Santa Rosa.

Help wanted . . .
Sonoma State is looking for some volunteer help when it hosts the NCAA Division II Women’s Golf West Regional at Foxtail North in Rohnert Park.
The tournament is May 4-6 with a practice round May 3. Volunteers are needed in nine different areas, including walking scorers, live scoring, scoreboard, range attendant, cart staging and shuttle coordinator, shuttle drivers, spotters, hospitality and merchandise coordinator and refreshment coordinator.
“We are extremely pleased to receive this bid from the NCAA to host the 2015 Super Regionals,” said SSU athletic director Bill Fusco. “This is an opportunity to showcase the city of Rohnert Park and bring the community together.”
SSU women’s (and men’s) coach Val Verhunce, added, “this is the first time our women have ever hosted and we look forward to inviting all the participants to Sonoma County.
If you’re interested in helping and want to find out more, contact Troy Cox at 707-494-2697 or coxt@sonoma.edu

Let’s hear from you . . .
Responses to my “toughest shot in golf” were off the charts, so thank you for that. We continue to see items for our GOLF 707 notebook as well as suggestions for golf feature stories. Email me a bmeadows4sports@aol.com and let’s talk about it.
We are also continuing to seek sponsors for GOLF 707 so if you are interested, or know someone who might be, let me know and we will provide you with all the details. As GOLF 707 grows in popularity, we are eager to get the word out on your golf course or golf-related business.
And thanks to Bill Carson of Wine Country Golf Group (Windsor, Adobe Creek, Rooster Run) for helping to support GOLF 707.
bruce meadows,golf707,sonoma county golf,wine country golf
Share