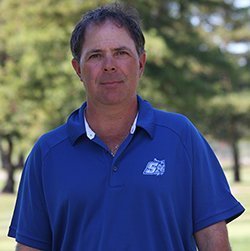 With the skies blue, with nary a cloud in sight, and the temperature often flirting with 70 degrees, it may be tough to talk about “winter golf,” but we indeed are in the middle of winter, with rain possible this week, so I wanted to find out from some golfers what they feel is the best way to play golf in the winter weather and how to maintain your game.
Tom Isaak, who operates highly successful CourseCo, which includes Sea Ranch and Foxtail as well as 25 other courses in California, Oregon, Washington and Texas, says to “hit balls between showers . . . and putt.”
He said to find courses that drain well and have good maintenance programs that assure golfers a decent round, even during the rainy season. If the course isn’t playable, it’s not really worth the time and money spent.
He tells the story of Sally Voss, a multiple California State Amateur champ, who played very little in the winter, “but would work on practicing her putting by putting at dimes, not quarters, on her rug . . . and she also would swing a weighted club every day.”


Tom also suggested listening to Richard Harris, a two-time All-America golfer at Stanford, “and one of the great mudders.”
“To be good at ‘weather golf,’ you have to enjoy it,” says Harris, who played a lot of golf in Humboldt County so is no stranger to cold, wet weather. “So if you can find some enjoyment hitting good shots in heavy wind or rain, you will have a big advantage over other players who struggle with it.”
Richard says “the most important factors in playing good ‘rain golf’ are rain gloves, keeping your towel dry, good wet-weather shoes and a great set of rain pants and jacket.” He adds that keeping your glove and your grips dry is essential, and when you play in the wind, you have to be able to keep the ball low — very important — and make it cut and draw.”
Val Verhunce, veteran golf instructor and men’s and women’s coach at Sonoma State, thinks any winter work should revolve around your short game, especially putting, which you can do at home or in your office.
“What I see most with amateurs is inconsistency, mainly distance control,” says Val, who calls distance control a key element in every aspect of the game.
“The varying factor is that the length of swing can adjust to length of the putt,” explains Val. “The two constants need to be rhythm of the stroke and solidness of contact.” He believes that “the rest of your game will evolve as our putting and chipping improve.”
Greg Anderson, longtime golf instructor, thinks winter is a good time to think about what you might be doing to improve your game.

“Working with a trainer or a self-motivated exercise program may result in lower scores,” says Greg, who now lives in Gualala and is Director of Instruction at Sea Ranch while overseeing his GolfVino business. “It’s a good time to get a lesson and find out if the equipment you have is right for your game.”
Jim Strong, golf repair guru who runs Strong’s Golf in Santa Rosa, says “I just keep on playing, no special drills . . . I have found most courses are easier in the winter because the greens are generally softer, which makes putting and chipping easier. I also suggest walking in winter, to keep you loosened up between shots”
Jim also suggests “a piece of fast carpet — at least 15 feet long — in the garage where you can work on your putting stroke at any time.”
Jess Stimack, golf pro at Bennett Valley, recommends indoor putting mats and swinging clubs in the garage if you can’t find a covered range. And he says to “not just swing your clubs, but swing them with a thought in mind.”
He also cautions players to be aware that the ball does not travel as far in cold weather, so don’t be frustrated . . . and maybe use a little extra club.
Dan Stewart at Fairgrounds GC thinks golfers should take advantage of the good weather when we have it because “I am a big believer in improving by playing instead of hitting balls on the range.”
Rich Gregus, who coaches the golf teams at Piner, said to “curb your expectations” when it’s wet or cold, and to “sweep the club and not hit down so much” with irons and hybrids.
“Be more aggressive with putting” and “be aware that sand can get wet and firm” this time of year. Chipping should be more aggressive, too. Rich also suggests playing a “simulated round” at the driving range . . . in other words, hit a “drive,” then an approach shot, maybe a chip to make it like playing an actual hole on the course. And if you want that bucket of balls to last even longer, after your “approach shot,” you might head to the putting green.
I have read other suggestions such as hit the weights, because strong glutes presumably help balance and power; improve your mental game by working on an inner pre-shot routine; try yoga or pilates to help with flexibility and core stability; swinging weighted clubs, and visiting your local driving range at least once a week so your muscles don’t forget how to swing.
It is also suggested that in cold weather, you need to cover your head and hands, the two places you most quickly lose body heat. Hand-warmers are cheap and useful. Stay hydrated even in low temperatures, because your body still needs water, preferable to coffee or alcohol.
Thanks, coach . . .
SSU’s Verhunce recently sent me this note he got from two of his players — Kenny Mahoney and Brandon Lee — and I felt it was worth sharing.

He labeled the email, “Why I coach college players,” and here is what the young men had to say to their coach.
“Hey coach, we just really want to say thank you for two main things. First, thank you so much for showing us that song (‘Cat’s in the Cradle’ by Harry Chapin). It changed our perception of life, and how important it is to treat people right, to make sure you stop and take time you owe to people, especially ones who have gotten us where we are.
“Second thing is that we both really want to thank you for being there for us, even when we really deep down probably don’t deserve it.
“Thank you for providing us with opportunities in life to excel that we may not otherwise been able to have. You have done so much for us in terms of growing as a person, becoming a man even though we may not show it at times.
“It’s been a great journey with you thus far, and we look forward to the upcoming years, and no matter what happens this season or next, we know the lessons you have taught us will help us prepare for whatever lies ahead.
“We just want to thank you for so much, with the utmost respect, and we are so glad to be able to call you our coach.”
“The whole thing started with me asking if anyone had read the book, ‘Tuesdays with Morrie’ by Mitch Albom,” explains Verhunce. “I told them that story taught me things I wish I would have known years earlier.”
Verhunce felt it was a good time to have a teachable moment as a team “so I had them get out of the van (the team was in Hawaii for a tournament) and call their fathers on the spot.”
Val thinks “the light bulb went off and they began to understand what it meant to be given the opportunities to go to college and play golf.” A few days later he got the text from Mahoney and Lee.
“I wanted them to understand and appreciate all the sacrifices that everyone had made to make these opportunities exist, and it was a very special moment for all of us,” he emphasized.
I’m sure athletes in all sports have expressed similar sentiments to their coaches, but I felt this was worth sharing. Having done some coaching — mainly soccer and baseball — I can assure you notes like this mean so much.
More on golf for kids…

In the last GOLF 707 notebook we sought comments from local instructors about how they felt about youngsters getting started in the game. We got some thoughtful responses, which we posted in the notebook, but since then have received more so here is a good one.
Bob Borowicz, longtime head golf pro at Bennett Valley Golf Course, says when to start a youngster depends a lot on the child . . . and the parent.
“As long as the kid can remain focused (has the desire to learn), it’s probably never too early to learn the basics,” says Bob. “Too often I see parents make their child take lessons and are way too involved in the teaching process. They can get in the way of the communication process between the instructor and the student, although I see this in all sports, at all ages . . . too many coaches (non-solicited advice).”
“We just recently re-gripped a whole bunch of clubs that would be suitable for kids, and most clubs will have them available for use on the range.”


Tracking an ex-Seawolf . . .
Jarin Todd, one of the best golfers to ever play for Sonoma State, checked in with me last week to let me know he is still chasing the pro dream.
“I played about 13 or 14 events last year on the Asian tour but didn’t finish high enough on the money list to retain my status,” says Jarin. “Coming up I’ve got final stage of Asian tour Q school starting the Jan. 21 and then PGA Tour China Q school starting on February 3. I’ll keep you posted.”
Let’s hear from you . . .
I’ve been getting an increasing number of responses to GOLF 707 on ysn365.com, and would love to hear from even

more. If you have any items you wish to share in the GOLF 707 notebook or have any feature story suggestions, email me at bmeadows4sports@aol.com