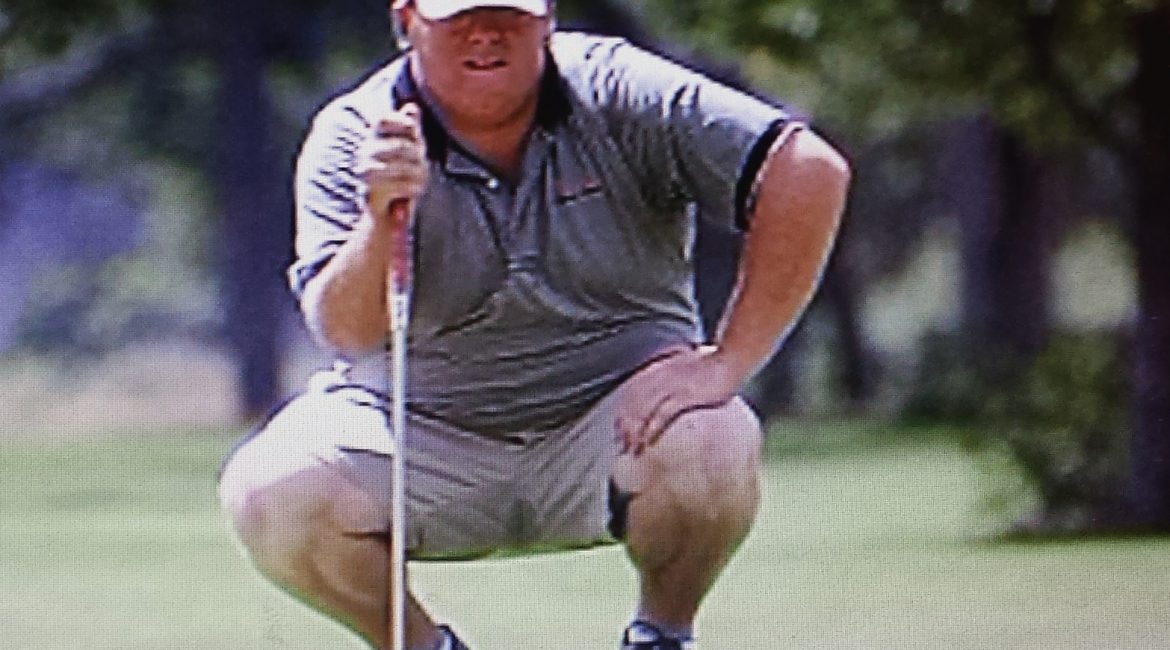 Vikings sail to another NBL golf title
Montgomery golfers get in some late-night putting practice at Bennett Valley Golf Course
Jess Stimack had an impressive career at a player on the Montgomery High golf team, and now he’s back and producing similar, successful results for the Vikings as their coach.


Stimack graduated from Montgomery in 2001, then played four years on the Chico State golf team before interning at Pebble Beach. He made a run at playing at the next level, having turned pro after winning the Santa Rosa City Championships in 2007.
“I still have the dream,” said the 32-year-old Stimack, a teaching pro at Bennett Valley. “It’s in the back of my mind and I play five or six pro-ams a year . . . it takes time and money but I haven’t totally given up on the idea.”
The 2016 Vikings have won seven of eight North Bay League tournaments to wrap up their sixth consecutive title. The next big challenge will be the North Coast Section Tournament of Champions at Roddy Ranch in Antioch May 16.
“We’re hoping for a Top 10, but the section is loaded with good teams and only the top three move on to NorCals,” said Stimack, an assistant at Montgomery for five years before taking over as head coach four years ago. “The East Bay produces a lot of powerhouses like Foothill, De La Salle, San Ramon Valley.”
In Montgomery’s most recent NBL tournament victory – the format has been changed so one school hosts an 18-hole event each week for all league teams – Carson Wyatt shot 77 and Jared Friday 79, with Rory Fette carding an 81, Nick Bautista 84 and Justin Peterich a season-best 84. Devan Becker has also played well for the Vikings.

There is an NBL Championship tournament Monday at Rooster Run, but Montgomery has already nailed down the team title so the event is mainly for golfers from other schools to attempt to qualify to represent the NBL at NCS.
“We were behind (in league points) by 140 to Windsor early in the season, but now we’re 150 points ahead,” said Stimack. “We’ve been winning by an average of 20 strokes and our one through five golfers are interchangeable . . .these guys are within two strokes of each other.”
He said the key to improving was “buckling down and eliminating mental mistakes . . . that’s half the battle for a high school golfer and that attitude carried us this far.”
Stimack, who played on Viking teams with outstanding golfers like Jessica Reese, David Thomas and Dane Fairfield, was All-Empire his last three years, then played in three NCAA championship events with Chico State, the Wildcats finishing seventh, fifth and second.
“Our CCAA Conference was an absolute powerhouse with UC Davis, Cal State Bakersfield and Grand Canyon, all of whom made the jump to Division I since then,” he said.
With three seniors, four juniors, two sophomores and two freshmen, the future looks bright for Montgomery, although he sees fewer kids turning out for golf.
“Kids just aren’t playing golf like they used to,” said Stimack, who has had as many as 24 on the roster but only 11 this year. “There are a lot of good athletes who used to come out for golf who are now specializing in one sport.”

SSU teams moving on
Both the Sonoma State men’s and women’s golf teams will be advancing to the NCAA postseason. For the men’s team this is the 10th time in 11 years and the women the seventh time since 2007.
The men will be competing at in Las Cruces, N.M. at the University Golf Club and the women in Stockton at Brookside CC May 24, according to coach Val Verhunce.


Spring golf clinics at Oakmont
Jessica Reese Quayle and Rebecka Heinmert are offering a series of clinics at Oakmont GC in May and June.
Courses started in April but remaining instruction by Reese Quayle include Level 2 (Skill Building) clinics May 4, 11, 18 and 25 and feature putting/reading greens, short game, full swing and driver. Level 3 (Prepare to Play) are June 1, 8, 15 and 22 and include bunker play, full swing (with video), prepare to play and on-course play. Jessica said golfers can still sign up for the remained of the spring series, and for details and cost, contact Jessica at 321-9791 or email lessons@golfwithjessica.com
Heinmert’s Level 2 classes are May 7, 14, 21 and 28 and cover the same topics as Reese Quayle, and the Level 3 clinics are June 4, 11, 18 and 25. Call her at 408-616-0266 or email rebeckaheinmert@mac.com
Another series of clinics will follow the current series, but Reese Quayle and Heinmert are available to do custom clinics for four or more people on a topic of your choice.

He’s back . . . .
Paul Nikol, longtime soccer coach and the man who made his Golf at the Elementary Level (GEL) a huge success for youngsters, is coaching golf at Windsor High.
Nikol has four freshmen, three sophomores and three juniors on his varsity squad and his No.1 and No. 3 players are both freshmen.
He’s still involved in GEL and has a sixth-grade class of 30 students at Shaffer Elementary, adding “next year we plan on expanding to include two fifth-grade classes.”
Nikol, who has gotten support from local pros, has done a lot to bring golf to kids who otherwise would not have experienced the sport. Some of them have gone on to play high school golf and a lot of kids he started in the game are still playing.

Golfing mothers, check this out
Foxtail GC in Rohnert Park is celebrating Mother’s Day all week.
From May 2 through May 8 – Mother’s Day – moms can play the South Course for $25, the North for $35 plus a half-cart, and all women’s apparel and shoes are 40% off.
On May 3 and 5, teaching pro Jessica Reese Quayle will offer a free tune-up clinic starting at 7:30 a.m. Moms can play for $20, cart included, and free mimosas are offered on Tuesday and Thursday as well as a special gift for every women playing on those days.
On Mother’s Day, moms play for free with a paid round, with free mimosas once aain flowing and a special gift for every mother that day.
Most golf courses will no doubt have special offers for Mother’s Day so call your local course and ask. If they don’t have something special, they should.
Foxtail is also offering “Titleist Thursdays,” with a Titleist expert available to conduct club fittings, offer product trials and answer questions. Walk-ups are welcome or you can reserve an appointment from 3-7 p.m. through June 2.
Foxtail is featuring “$5 after 5” deals, with a $5 South Course green fee and a South Course cart fee of $5; $5 for a medium bucket of balls, $5 for a sleeve of Titleist balls and $5 for nachos and draft beer.”

Short putts . . .
. . . Madison Beckett of Santa Rosa shot a 153 to finished second in the girls’ first flight a 2016 Spring Series IV tournament recently at Adobe Creek and Rooster Run. Priya Bakshi of Palo Alto took first with a 72-76—76.
. . . Poppy Hills Director of Instruction Jeff Ritter will be of seven Golf Channel Academy coaches featured when the inaugural National Instruction Day takes place May 4. The seven pros will be part of the first full day of live programming devoted to helping golfers improve their games. National Instruction Day is a joint partnership of the PGA of America and Golf Channel with programming running from 7 a.m. until 11 p.m. EDT.
. . . According to research by the Rose Center for Health and Sports Sciences in Denver, golfers who walk nine holes of golf and carry their own clubs burn 721 calories while golfers using a cart burn 411 calories on average.

Let’s hear from you . . .
We hear from quite a few golfers, pro and amateur, but we would love to hear from more of you. If you have any events or tournaments to publicize, any questions, complaints or praise about golf in our area or anything golf-related, let me know and I will check it out.
If you have any stories you think other golfers might find amusing or interesting, send them my way at bmeadows4sports@aol.com And if you are interested in sponsoring GOLF 707, we can send you any information you require. Our continued thanks to Bill Carson at Wine Country Golf Group for his support
Share