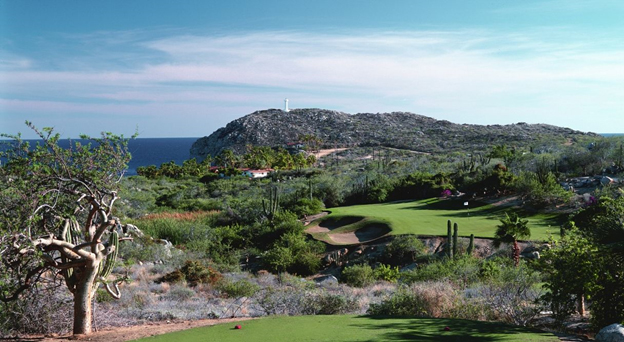 Beulah McCaffrey, a true legend at Healdsburg’s Tayman Park Golf Course, passed away at her home on Christmas Eve at age 97.

Thanks to the Press Democrat obituary for supplying a lot of the following information, although I had the honor of meeting Beulah and putting her in my weekly PD golf column many times.

She accomplished many things in her life, not the least of which was being credited with saving the Healdsburg golf course in the 1980s when a “sprawling” housing development was proposed.

Beulah was a standout academically, as well as in numerous sports, such as basketball, softball, and tennis.

She met her future husband of 63 years in Corte Madera as a result of a “fix-up” by family members. Art McCaffrey was raised in Healdsburg, and after attending the University of San Francisco and USC, his only goal was to return with his wife, Beulah, and daughter Peg, to his home town of Healdsburg to coach high school football.

In 1943 he realized his dream and the family settled into Healdsburg and had three additional children, Maureen, Kathleen, and Patrick.

At age 33, suffering from migraines, Beulah’s doctor advised she become re-engaged in athletic pursuits. Borrowing a set of men’s clubs, she tried her hand at the game of golf, and it was obviously a good fit, and ultimately, she left the migraines behind.

Through the years, Beulah won 22 Healdsburg Women’s Club Championships, winning her final title at 75 years old, and has held the course record for women for 45 years with a score of 71 (34-37) in 1973.

She won eight Women’s Championships between Rohnert Park and Windsor golf clubs. Beulah was a familiar sight with the women’s group as she continued to play the game she loved until six months prior to her 90th birthday when she was no longer able to overcome shoulder pain.

In early 1980s, Tayman Park fell on hard times under new management, “with weeds up to our knees.” Beulah heard rumors of closing the course and selling the property, yet, her biggest fear was that no one was taking this seriously.

She rallied club members, encouraging women and men golfers to speak to the Healdsburg City Council about how deteriorated the course had become. She was advised by a friend to form a golf commission, get The City of Healdsburg to accept that concept, and then see if they would lease the course and oversee the operation.

Having done that, and while waiting for new management to lease the course, golf volunteers ran the golf course in four-hour shifts for six months.

In an interview on her 90th birthday, she said “I would have died if we lost the course. Saving the club means more to me than all those titles.”

Beulah reportedly never felt the need for lessons, and said abiding by the rules of the game, and maintaining the integrity of the sport were always the most important things to her.

Upon her retirement from the game, Tayman Park and the McCaffrey family installed a bench to mark her accomplishments which overlooks Hole #7 and the community of Healdsburg.

I recently told Frank Johnson, who along with Jimmy Stewart leases Tayman Park from the city and who has been critical in the course’s successful revival, that while the bench is nice, they really need to name a hole for Beulah and hold an annual tournament in her honor, the proceeds to benefit golf for kids or women or both.

She’s a big reason there’s still a golf course in Healdsburg and while a lot of people are aware of it, golfers years from now need to know it, too.

She was born in 1921 to Oliver and Lola Bell in Boise, Idaho, and at three years old moved with her family to Burbank where her father built movie sets for the Charlie Chaplin and Warner Brothers studios.

We also lost John Moore, who served as golf pro at Hacienda CC, Via Verde CC and Candlewood CC in Southern California before moving north and working as head pro at Northwood and Petaluma CC.

John graduated from Tustin High with a desire to pursue a golf career, playing on the PGA qualifying circuit before becoming a club pro and instructor.

John was credited with coordinating many fundraising events for charities such as Meals on Wheels and Habitat for Humanity.

John was a good guy who fell on not-so-good times in his later years and battled some difficult situations, health and otherwise.

I also lost a personal friend, Jack Wolfe, at age 61, of liver cancer.

Jack, who died on Christmas Eve, was a force working in public relations and never stopped trying to shave a few strokes off his game.

It was noted that Jack “was a leading force behind marketing and social media campaigns for cities, large businesses and large events in Sonoma County.”

Jack was described by friends as “a mentor,” and although he definitely taught me a lot about public relations when I wrote articles for him, it was just good to have him as a friend.

Jack was born in Santa Rosa and graduated from Montgomery High and Sac State before starting his communications company in Santa Rosa.

We lost contact the past few years, and that seems to happen to a lot of us, right? Makes me want to reach out to people who were once close but who may have drifted out of my life for myriad reasons. Make sense?

Several months ago I asked readers to reply to a questionnaire I published in GOLF 707 asking for your opinion as to the “best 9-hole course,’ “best golf instructor” and a long list of other “bests.”

I got a lot of responses, but I was lazy in tabulating results so I am grateful to Erick Beall, who saw one of my sheets at Fairgrounds GC, filled it out and emailed it to me.

But just so you know, I will get busy, count the votes and publish the results in the next few weeks.

Here’s the list . .. it’s not too late to vote for your favorites and email them to me at bmeadows4sports@aol.com 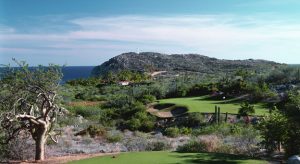 Cost is $1,949 each, including nonstop flight from San Francisco, and participants will get to play both the Ocean and Desert courses.

Accommodations are 650-square-foot ocean-view suites on the Sea of Cortez. Suites include a 40-inch flat-screen TV, large marble bathroom and oversized balcony so you can enjoy the view of the ocean.  Also a mini-bar refreshed daily with beer and soft drinks.

The resort includes six restaurants, four bars, with optional daily resort activities/nightly entertainment. All meals are included, and there will be an oceanfront welcome cocktail party as well as a farewell dinner party.

Nonstop flight will be an Alaska Airlines charter with no baggage fees.

Anderson had 38 participants – including 24 golfers – signed up for the outing, open to men and women. He has room for a few more.

Jessica Reese Quayle is offering teaching clinics on Wednesdays and Saturdays at 10 a.m. in February and March.

Topics for the one-hour sessions are varied and anyone is welcome. If the weather is poor, call ahead to see if the class is still on. Cost $35.

Jessica also reminds golfers about the Golf Lab in her facility at the East Course.

“With rain in the forecast, keep in mind the Golf Lab is open and the heater is on,” she says. “Lots of students have been taking advantage of winter practice perfecting weight shift on BodiTrak and controlling direction with our Flightscope Launch Monitor so they are ready for spring.”

Thanks for your comments, questions and suggestions. I love to get them and would really like to get more this year.

If you have a golfer you know who you think would be an interesting story, let me know. I’d love to hear from you.

And we would be proud to include you as one of our sponsors – thanks to Bill Carson at Wine Country Golf for his support – so if you care to get some details about being a sponsor of GOLF 707, email me at bmeadows4sports@aol.com