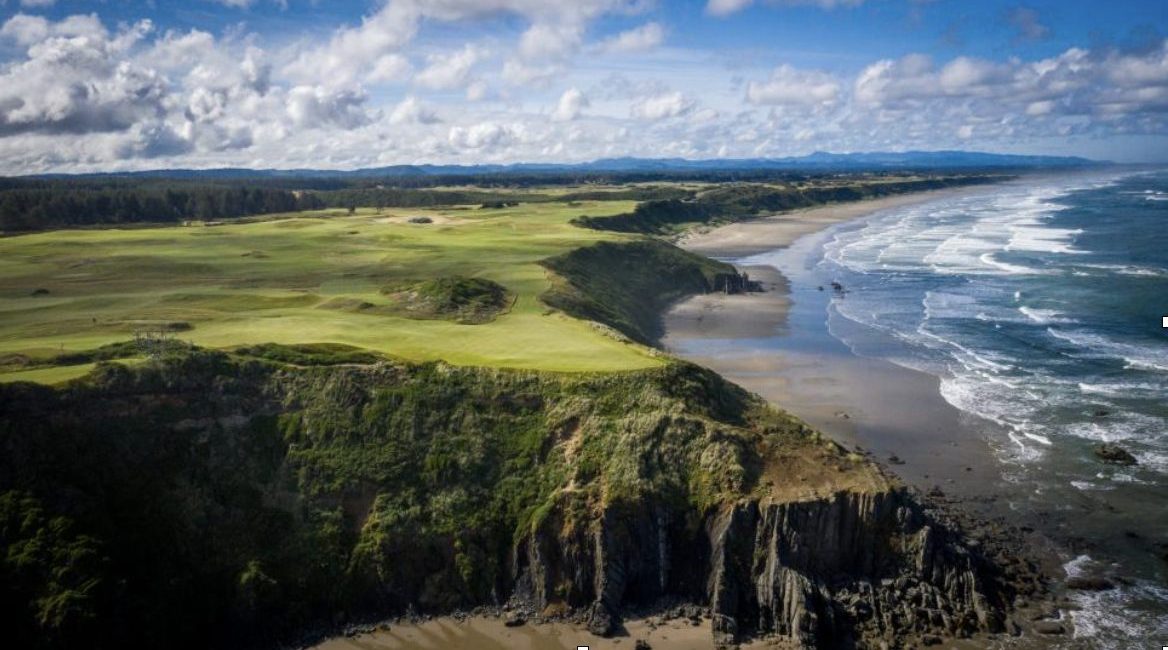 If you haven’t taken the time or had the opportunity to play one of the courses at Bandon Dunes on the Oregon Coast, it’s something you as a golfer should consider.

Its five courses are continually rated among the best in America, for good reason. And now, a sixth course is in the works.

Here’s what Golf Digest has to say about Bandon Dunes’ plans for a new 18-hole layout.

“Bandon Dunes Golf Resort is pursuing the creation of a sixth 18-hole course, multiple sources have confirmed to Golf Digest.

“The course would be on a piece of land the resort had originally planned for the Bandon Muni course, south of town along the New River.

“ The land is covered in dramatic sand dunes and dotted with scattered pines. The course is tentatively titled “New River Dunes.”

“While an architect hasn’t been officially tapped, officials are leaning towards David McLay-Kidd, who submitted a “very strong routing” according to sources. McLay-Kidd was the architect behind the resort’s first links, Bandon Dunes, which opened in 1999 and ranks seventh on Golf Digest’s most recent ranking of America’s 100 Greatest Golf Courses.

“Plans for New River Dunes have not been finalized and timing on construction is unclear, but the resort is already in the approval process, sources confirmed.

Here’s what Golf Digest has to say about Sheep Ranch:

“In a year riven with change, with ground shifting weekly and everything from offices to school to food and safety and the very bonds of society open to re-examination, finding consistency in the world of golf-course design is notable.

“In golf architecture at least, the advent of this decade resembles the beginning of the last. Before 2010, Golf Digest annually announced Best New Course winners in several categories, including Best New Public Under $75, Best New Public Over $75 and Best New Private as well as for various forms of renovation, going so far as listing the top-10 finalists in each division. But with only a few dozen courses making it across the finish line that year because of the economic calamities of 2008 and 2009, the magazine chose not to officially name a Best New Course in 2010, the first time since it was created in 1983 that no award was given.

“It’s humorous now to think that the 40 or so new courses that opened in 2010 didn’t form a critical mass large enough to merit the magazine’s full attention and thus an award. The course-construction recession was considered a temporary squall, but course openings have remained maddeningly scarce over the past 10 years, and this year’s class consists of just 15 graduates. But feeling that new course openings are now more newsworthy than ever, we’ve decided to proceed with the prize—though because of travel difficulties and the extenuating circumstances of the moment we gave each facility that opened in late 2019 or 2020 the option to postpone its candidacy until 2021. (A number of courses took us up on the offer; wait for them next year.)

“That said, some remarkable similarities remain between the bookends of the past decade. In 2010, Bandon Dunes, the golf Shangri-La in southwest Oregon, opened Old Macdonald, the resort’s fourth course. Designed by Tom Doak and Jim Urbina, Old Macdonald took the “ideal” hole concepts that C.B. Macdonald introduced at the National Golf Links of America in 1911 and blended them into a rugged seaside arena of dunes and gorse. Now, 10 years later, Bandon Dunes has debuted another new links-inspired course, Sheep Ranch, the resort’s fifth 18-hole layout. Old Macdonald did not win Best New Course of the Year back then—remember, no award that year—but Sheep Ranch, in 2020, has.

“Sheep Ranch, by any standard, is a worthy winner and a breathtaking addition to the world of golf. Eight greens occupy cliffside positions—nine if you count that of the par-3 third, elevated above the conjoined 16th green offering a box-seat view of the Pacific. It is by far the most open of Bandon’s oceanfront rota—Bandon Dunes, Pacific Dunes and, to a lesser extent, Old Macdonald, each break out spectacularly toward the coastline, but their interior sections play through broken topography with holes tucked in pockets and protected by dune ridges.

“Sheep Ranch is entirely exposed, its holes rambling across a naked blufftop plain to the north of Old Macdonald. The ground heaves with large and small contours, but because the soil is a heavy, gravelly clay rather than sand—locals call it red buckshot—there’s no dunal protection. The holes wander entirely atop the landforms rather than down and between them.”

Some information from Youth on Course:

“That’s the number of hours YOC members spent on a golf course, instead of in their rooms or in front of a screen last year.

“We at YOC believe that play is fundamental to the mental and physical health of all youth, and the science backs us up. Encourage yourself, your friends and loved ones to get on the course, walk if you can, and enjoy the fun and important benefits that our sport has to offer.”

An annual YOC card can be obtained for $25, and can be used at almost all California golf courses, as well as courses in other states.   It’s an outstanding way for young players to get out on the course at a very reasonable cost with fees at most courses can be as low as $2 for 9 holes.

Go to youthoncourse.org for details.

Greg Anderson’s Next Level Golf and Fitness is offering a year-long program for “serious junior golfers.”

Greg is offering two lessons for the price of one ($99), multiple lesson packages (lessons are an hour long with a voiceover review). Lessons can be utilized at Windsor Golf Club upon demand, and there is a complimentary workout session at Anytime Fitness in Larkfield during the day of the lesson.

Cost is $165 per player, $660 per foursome. Molly’s Angels is a local non-profit serving seniors in the Napa County area, with volunteers providing transportation and free rides to and from medical appointments and a number of other services for seniors.

Last year’s event had to be canceled due to the pandemic. But “despite setbacks in 2020, Molly’s Angels network of more than 100 volunteers provided more than 3,000 free rides to medical appointments, made almost 12,000 safety check-in calls to isolated seniors as well as close to 300 critical grocery and prescription deliveries,” according to a spokesperson.

100 % of proceeds from this event benefit Molly’s Angels and the seniors who are served.

The web site is www.mollysangels.com