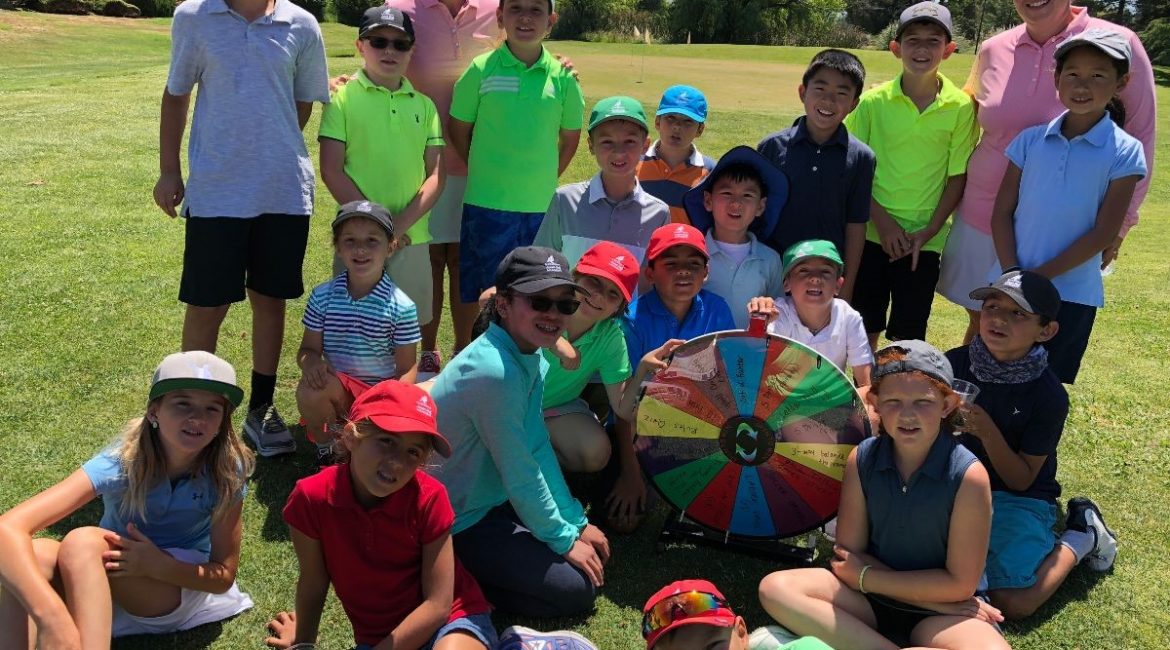 Do you like the new Rules of Golf??? I found the following online and thought it would be of interest.

“ From allowing flagsticks to stay in while putting, to the prohibition of caddies standing behind players, to the knee-height requirement for dropping a ball, the new Rules of Golf have been among the most hotly debated topics in the game to date in 2019.

“At no time did Mike Davis get a better appreciation for this fact than earlier this year, when the USGA CEO had the chance for the first time to play in the AT&T Pebble Beach Pro-Am—and in the process place himself in the line of fire from tour professionals.

“I was hitting some balls on the range,” Davis recalled ahead of his State of the Association speech at the USGA Annual Meeting. “And without naming names, a couple of big-name players were on either side of me. And all of a sudden the conversation was ‘I don’t get this dropping from your knee . . . what gives?’”

“Davis gladly talked to them about the changes and tried to explain their rationale, as have USGA and R&A officials who have attended professional events around the world this year in an attempt to educate the players on the most sweeping changes to the rule book in decades. Suffice it to say, some of the discussions have been lively.

“Given criticism voiced by various pros on social media about some of the changes, you’d think the USGA might be upset with how the modernized Rules have been rolled out. Not so, says Davis.

“From my perspective, I would say by and large they’ve been a huge success,” Davis said.

“They did exactly what we wanted them to do, which was really simplify the understanding and make them easier to apply.”

“That doesn’t mean the process hasn’t come with some angst. Hearing tour pros rail against the USGA is nothing new. But USGA officials have tried to address the issues quickly and provide players background for the changes in hopes that a better understanding of the thought process will assuage their concerns.

“When you actually take them through this is why, it’s always a light-blub moment,” Davis said. “‘Oh, I didn’t realize that.’ And I think that’s the frustration that there is. You know it would have been nice if you actually asked the why … but listen, it’s the world we live in.”

“The most recent case of an upset tour pro is Rickie Fowler. On Friday during the second round of the WGC-Mexico Championship, he shanked his second shot on the 10th hole out of bounds. He then mistakenly dropped his replacement ball not from knee height, as the new Rules require, but from the old standard of shoulder length. This resulted in a one-stroke penalty.

“Afterward, Fowler called the rule change “terrible.” “It’s on me. I took the shot. It was no big deal,” Fowler told reporters. “But I think with the new rules that have been put in place, it’s not doing any favors for our sport.”

“Thomas Pagel, USGA senior managing director, governance, said that the USGA planned to reach out to Fowler to discuss the issue directly and attempt to explain why the change has been made. Pagel, who was on-site at the first PGA Tour event of 2019 and spoke to players at length about the rules changes, said that the new drop procedure was an area where the USGA tried to emphasize to the tour pros to be particularly mindful of, knowing that old habits can die hard.

“Despite the criticism, Pagel says that the USGA and R&A are taking a long approach to the new Rules. “We went through a long process, seven years,” Pagel said. “We engaged 30,000-plus golfers as part of a feedback period. We released the rules in advance and we went in and further revised them. We gave plenty of runway for people to jump in and learn.

“I would say in the application of the rules, we remain committed to the rules as they are,” Pagel said. “If we learn something, if we realize that a rule is producing bad outcomes, we will adjust.”

“Specifically, Pagel noted the USGA’s clarification on the caddie line-up rule, which created confusion during the Waste Management Phoenix Open. But don’t expect the USGA to make any short-term changes for the sake of appeasement.

“We just need to remain vigilant with our conversations,” Pagel said, “and make sure we’re out there and have a presence with the players at the highest level and we’re able to have those conversations, to explain a little of the ‘why’ frankly in informal settings. If they understand the why, perhaps there’s a thought or two before it hits social media.”

His score included six birdies and 12 pars and was witnessed by Keelan Cole and Tyson Timko. Oakmont head pro and GM Greg Anderson said he thought the previous best was 59 “but we have not seen proof of that.” 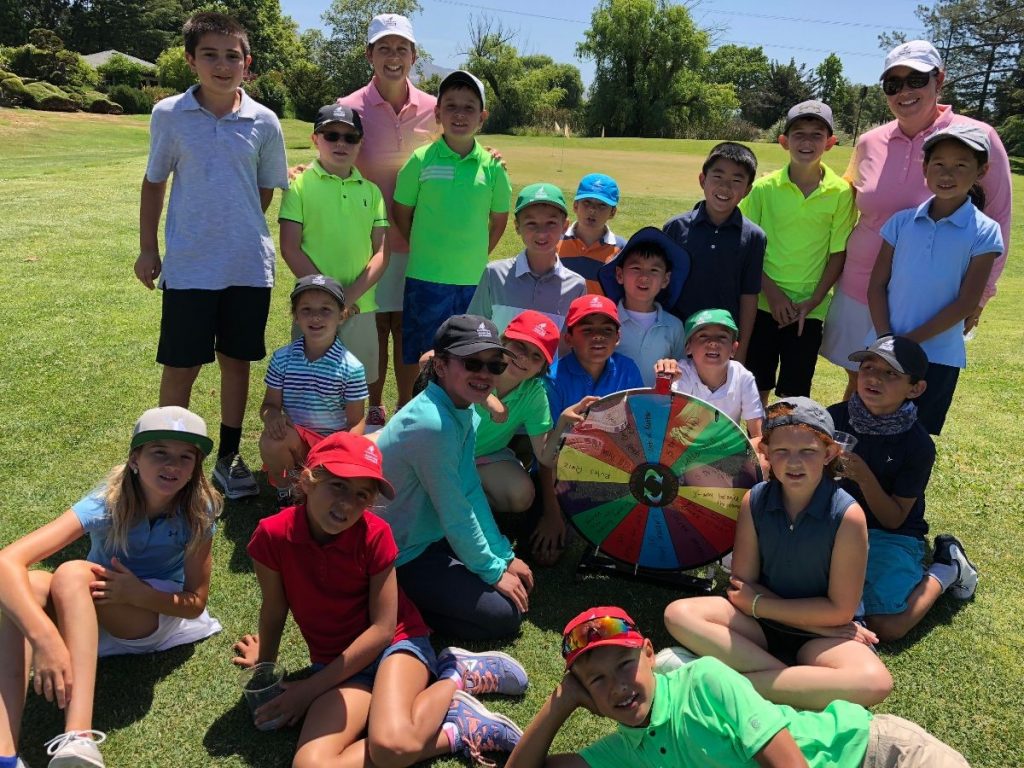 played,” according to information coming out of the instructional staff at Oakmont GC.

According to PGA teaching pro Rebecka Heinmert, “ the program brings family and friends together around fun, team golf experiences with expert coaching/instruction from PGA and LPGA pros It’s a game changer, and we’re so excited to offer PGA Jr. League at Oakmont Golf Club.”

Oakmont’s PGA Jr. League program is open to boys and girls ages 13 and under of all skill levels – no golf experience required. Kids will learn the game and enjoy relaxed competition in a two-person scramble format that encourages mentorship, builds confidence and teaches sportsmanship.

Two high-quality team jerseys, one orange, one blue, for home and away matches. Jerseys are available in boys’ and girls’ sizes and has the Oakmont team name and the player’s jersey number; a performance T-shirt, hat, bag tag, stickers and drawstring bag.

All matches and green fees are included in the initial fee, and players have a chance to advance to all-star teams during the postseason. Three organized team practice sessions are included in registration.

The year-round junior golf program offers an excellent option for both beginners who want to start with the basics to more advanced juniors who are always looking to improve. The following guidelines apply to all four sessions:

One session offered per season (Summer, Fall, Winter and Spring);     The 2019 spring session is 8 weeks in length, each standard class is 1 hour in length, on-course classes vary in length;   Total cost per student is $125;   All aspects of the game are covered (Full Swing, Pitching, Chipping and Putting) as well as rules of the game and etiquette;   Class size limited to 12 enabling one on one teaching with the students;      Ages 6 and up welcome (eligibility for advanced class based on age/skill level);   All range balls and equipment use included, clubs provided when needed

Thanks to local pros and amateurs for sending golf tips to GOLF 707. I appreciate your support and I have heard that golfers are finding your suggestions helpful.

That being said, continue to send them to bmeadows4sports@aol.com

Rod sold his majority interest in Empire to CourseCo and is working for that group as a consultant through sometime next year. “Rod adds “I’m trying to play more golf but hasn’t been to the level I want yet.”

His golf tip? “If you want low scores try bowling!”

“Here is a tip for senior golfers looking for more distance and less slice.

“Most often a senior golfers swing has been cemented from years of playing and making big changes to the swing are to be avoided if possible.

“Try this: Aim your club at the target, then aim your feet right of the target for right handed golfer (closed stance).

“This will help with three things : 1. Better turn 2. Easier approach to the ball from inside 3. Helps club rotate easier for less weak misses to the right.

“Disclaimer: if you struggle hooking the ball, this tip may not be for you. Some people fear this change because it’s not “conventional,” just remember there are no pictures on the score card.”

“When you’re playing it safe – play it safe.   ‘Fore’ example: If you think you need a 7-iron to get over the tree, take an 8-iron, or if you’re going to lay up and you’ve decided to use a 5-wood or hybrid, take the next club down.

This is a video addressing the three most common mistakes golfers make in their posture.

*** If any of these tips are helping you. And is there a part of your game that needs help??? Let us know and we will try to find some answers.

Cost is $200 per junior for the seven-week class, with instruction from Fairgrounds head pro Taylor Battaglia. Each week juniors will go over different skills of the game and get to practice and play competitively on the golf course in a learning atmosphere. They will learn to keep score on an official score sheet, as well as learn new rules and strategies.

A Ladies Spring Golf Class runs May 1-29, meeting Wednesdays, 5:45-6:45 p.m. at a cost of $100 per player for the five-week class. Each class students will go over a golf rule and a golf skill. It’s  good t environment for beginners as well as intermediate players that are looking to get their game back into shape.

A Spring Adult Class runs May 2-30, meeting Thursdays, 5:30-6:30 p.m. at a cost of $100 per person for the five-week class. Each week will cover a different area of the game as well as different rules that you may not be familiar with. This class is for everyone, and a good environment for beginners and even intermediate players looking to take their game to the next level.

SSU returns to action on April 1-2 when the Seawolves travel for Stanislaus State’s Hanny Stanislaus Invitational in Turlock.

If you have information about anything golf-related, including upcoming activities, please let me know. And if you have questions, complaints or compliments about golf in our area, I’d love to hear them.        If you have a golfer you know who you think would be an interesting story. Tell me about it. Having trouble with your game? Let me know what it is and I’ll try to get a sensible answer for you from a local pro.