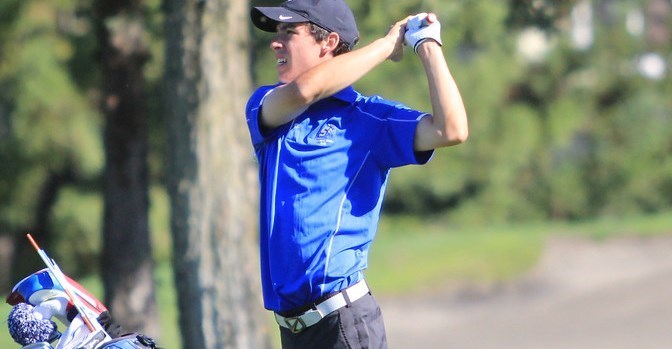 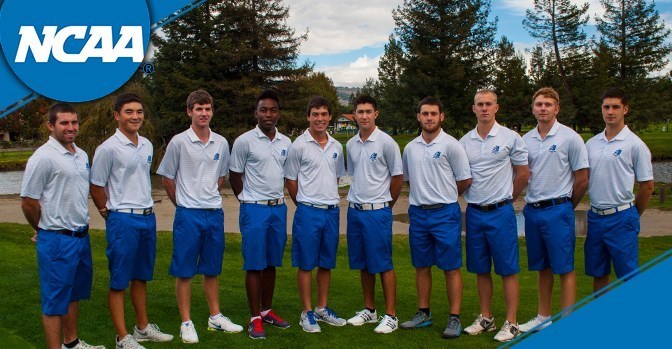 By Bruce Meadows
GOLF 707
Good news came from different sources for the Sonoma State University men’s and women’s golf teams this week.
The women, who had already been scheduled to host the NCAA Division II West Regional, found out Monday they had been selected to play in the event May 4-6 at Foxtail GC in Rohnert Park. The Seawolves enter the three-day event ranked eighth in the nine-team field.
The west regional will be one of four “super regionals” held around the country next week. Each super regional will consist of both team and individual competition conducted concurrently with nine teams and four individuals from non-qualifying teams at each site. All participants will compete throughout the 54 holes of competition. The top three teams along with the top three individuals not with a team from each super regional will advance to the championships, to be held May 13-16 at The Meadows Golf Course in Allendale, Mich.
The Seawolves have made the NCAA regional field in six of their eight years of existence. Their highest finish came in 2010, when they finished third at the regional tournament before finishing 5th at nationals. This will be the first time Sonoma State has hosted the women’s golf regional. SSU hosted a men’s golf regional in 2008.

On the men’s side, a pair of SSU student athletes were honored Tuesday with the announcement of the 2015 All-California Collegiate Athletic Association (CCAA) Men’s Golf Team. Senior Eric Ash and junior Brandon Lee were selected to the All-CCAA First Team, following a vote by conference head coaches. The twosome will lead Sonoma State into the NCAA West Regional next week at Hiddenbrook Golf Course in Vallejo.
Ash, a native of Loomis, has participated in all 10 tournaments for SSU in 2014-15. His 74.21 stroke average is second on the team and he earned his first career victory in October at the SSU Invitational, topping a field of 72 with his two-under 74-71-69–214 performance. Ash’s .694 career win-lost percentage ranks sixth in school history and only two golfers – Jarin Todd and Patrick Bauer – have golfed more rounds than him. This is the first All-CCAA selection for Ash.
Lee earned all-conference recognition for the second consecutive year. The Alpharetta, Ga. product led the team with a 73.93 stroke average this season, like Ash, appearing in all 10 of the team’s tournaments. Lee has finished in the Top 5 three times and the Top 10 five times, his highest finish coming at the NDNU Argonaut Invitational in March, where he took third out of 93.
The awards mark the 11th consecutive year that Sonoma State has had at least one golfer on the all-conference team.
In addition to the all-conference teams, individual awards went to Lee Gearhart of Chico State (Golfer of the Year), Frederik Jullum of CSU Monterey Bay (Newcomer of the Year), Jahaan Nargussi of Cal State Stanislaus (Freshman of the Year), and John Cook of Cal State Stanislaus (Coach of the Year).