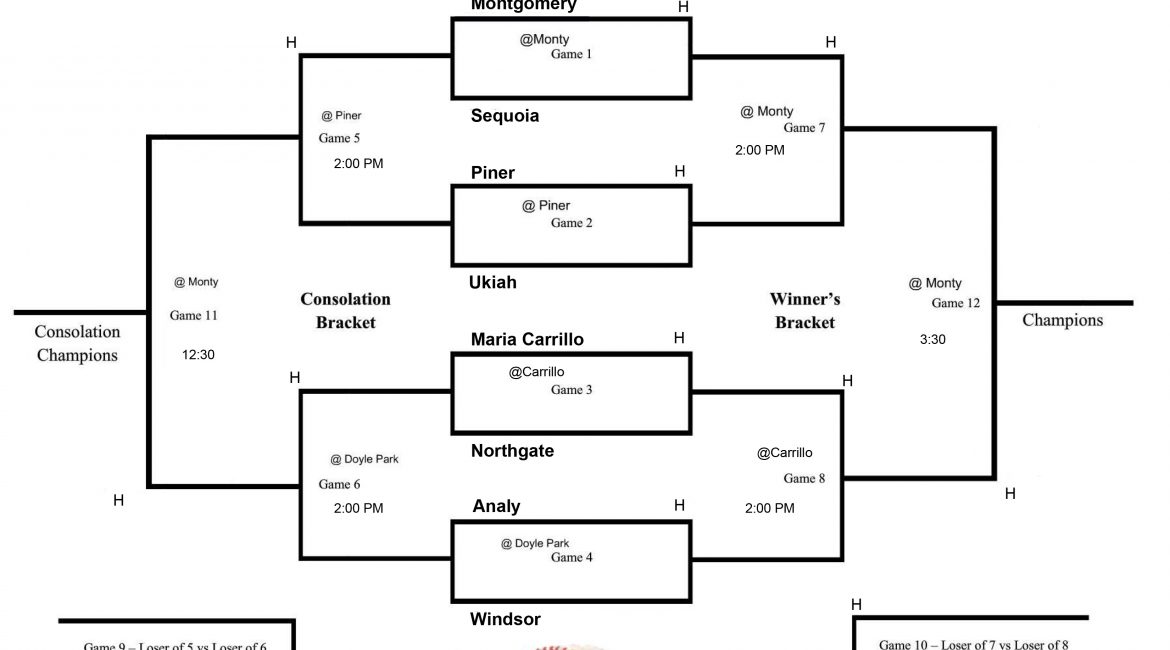 Baseball season is slowly heating up which means it is time for the 25th installment of the A.L. Rabinovitz Tournament. Originally created in 1968 as the “Santa Rosa Invitational”, the tournament featured 16 Northern California schools like Santa Rosa (original host), Montgomery and Petaluma (just to name a few). Years after its inception, the tournament was picked up by Montgomery where name changes like “The Montgomery Invitational” and “Easter Tournament” occurred. It wasn’t until 1994, when long time supporter Al Rabinovitz passed away, that the decision was made to rename the tournament in his honor. Al’s wife Leona would continue to support the tournament with their son Mickey, who has been in charge of organizing the tournament since 2003. When Leona passed away another name change took place, this time a bit more subtle. The A.L. Rabinovitz tournament still holds Al’s namesake, but the acronym is in place to remember Al and Leona’s unconditional love and support of the tournament.

Putting together a tournament like this is a labor of love. Mickey starts the process in October when most coaches are sorting out their non-league schedules. “I give the teams that were here last year the first dibs on returning,” Rabinovitz elaborated, “Word gets out, I had to turn away at least four teams this year. I’ve never had a shortage of teams that want to play in this tournament.” The tournament features primarily local schools in the area but the reach is growing. Last year Chico High School participated and made it all the way to the Championship game and this year outsiders like Sequoia and Northgate hope they can pull of a run themselves.

The toughest parts of organizing the tournament are managing locations and battling the elements. This time of year the weather can be rather tricky—sunshine and clear skies one day with rain storms the next. Sites such as Montgomery, Piner, Maria Carrillo and Doyle Park will host games all throughout the week—none of which have turf fields. Part of the reason this tournament is filled with local teams is because of rescheduling concerns. It’s a lot easier to reschedule a game between two teams from the same area rather than having to juggle rescheduling the site, time and traveling hassles for those that aren’t. That doesn’t mean Rabinovitz shies away from inviting out of area schools, it just makes the rescheduling process a little tougher should weather complications call for it.

This years’ tournament is the strongest it’s been in years. As for who is the favorite, it’s generally a crap shoot. “From years of experience there’s no real answer,” Rabinovitz stated, “Years back Piner came in with only one win, yet they got hot and took the tourney. But, if I had to give a guess, I’d say the strongest teams this year are looking like Northgate and defending champion Maria Carrillo.”

Rabinovitz reflected on what he thinks makes this tournament so important to coaches; “This tournament allows (coaches) to get a feel for their roster. They can structure their rotation and get a feel for who can play what positions out in the field. It’s a good tournament filled with fun.” Rabinovitz would continue, “There’s a loser’s bracket, but no elimination. Every coach knows they have three guaranteed games, so if the first two don’t go according to plan, they then have the ability to play around with different positions given the situation.”

As for what the future may hold for this tournament, Rabinovitz kept it simple with three requests; “Moving forward I want to keep it at eight teams, everyone continues to play three games and that we have great weather.”