Top Moments of a strange year

2020 was a year we all want to forget. Deaths by some of the biggest stars in the world, a pandemic that killed hundreds of thousands of people, and schools remaining closed since March. There were, however, some big stories throughout the year. We look back on those below.

Basketball season was heating up. We had a big time matchup just 11 days into the new decade. Healdsburg visited Cardinal Newman in a game of two of the top three teams in Sonoma County. It did not disappoint, as you can check out the highlights here.

The Petaluma boys basketball team was off to a 6-0 start in VVAL play, looking for their first regular season league championship since 1992. (They won the SCL Postseason Tournament in 2016.) Sonoma Valley hosted the Trojans and ended up winning that ballgame, which set up an exciting end to the league season.

Montgomery and Cardinal Newman played each other three times in 11 days, with the Vikings taking two of three, including a game at Newman in the NCS Playoffs on February 18.

Baseball season was heating up with Petaluma, Casa Grande, Cardinal Newman, Maria Carrillo, and others poised to contend for league championships in their respective leagues. The spring sports season was stopped short on March 11th.

Cardinal Newman and Tom Bonfigli parted ways, shocking the basketball world in the county. This past season, he led the Cardinals to a 21-8 overall record, and a 6-4 third place finish in the NBL-Oak. Bonfigli and his Cardinals hit milestone win No. 800 on Dec. 12 with a 70-50 win over Maria Carrillo in the opening round of the Rose City Tournament. He is 9th on the all time California High School Basketball Coaches win list. Bonfigli would move on to St Vincent de Paul in Petaluma, where he has hired Nick Iacopi and Chris Tobin to help the Mustang program build. St Vincent de Paul will move into the NBL-Redwood next year, playing Windsor, El Molino, Elsie Allen, Rancho Cotate and Ukiah during their league season. Healdsburg and Maria Carrillo both moved up to the NBL-Oak.

Montgomery Head Coach Zac Tiedeman resigned in April from his post. Tiedeman spent five seasons at the helm of the Vikings, leading them to an overall record of 97-52 record after taking over for Tom Fitchie before the beginning of the 2015-2016 season. The Vikings made NBL Playoff Tournament Championship appearances in 3 seasons, NCS playoff appearances in all five of his seasons, and appeared in two Nor Cal playoff brackets.

Windsor Head Coach Jared Greninger officially stepped away from his position on March 5th. He replaced Travis Taylor after he stepped away after their 2017-2018 NBL Championship season. Greninger compiled a 20-33 record in two seasons, and finished 4th in the NBL-Oak this past season.

So, how did we get to Newman, Montgomery, and Windsor all needing new coaches when just a few years prior they were the perennial top three teams in the North Bay League? It all adds up in 2020.

Travis Taylor would end up being named the replacement at Newman. Taylor played his prep basketball at Cardinal Newman High School. In his senior season he was named team captain and helped lead his team to a 13-1 NBL record and a league championship. Taylor coached at Healdsburg from 2009-2012, compiling a 43-40 record. In the fall of 2012, he jumped over to Windsor, where he coached from 2012-2018. In his time with the Jaguars, he won 106 games, while losing 60. He won two North Bay League regular and postseason championships. In 2015-2016, he led Windsor to a 25-4 record, but it ended abruptly in the second round of the NCS Playoffs with a loss to fellow NBL Foe Montgomery. He is the second winningest basketball coach in Windsor history, behind only longtime coach Steve Kramer.

In June, former Casa Grande star Spencer Torkelson was taken number one overall in the MLB draft. The former ASU Sun Devil was taken by the Detroit Tigers, and could potentially see action very soon at the MLB level. Torkelson was a Casa Grande High School standout athlete, playing both Football and Baseball. Playing baseball for Coach Paul Mayotorena, he led his Gauchos to an 82-29 career record, including an NCS Championship Game appearance in his senior year, as well as defeating top seeded Campolindo on the road 1-0 in the NCS Playoffs as a 16 seed.

He played 110 high school games, hitting .430, with 99 RBI, 111 runs scored and 11 HR. For his post high school playing career, he attended Arizona State University, where in 2 + seasons, he hit .337 with 54 HR, 110 RBI, 152 runs scored and 33 doubles. He would have easily attained the school record for HR, as he would have needed just three more to pass Bob Horner’s long-standing school record of 56 HR. In his freshman season, he broke Barry Bonds’ single season freshman home run record while playing for the Sun Devils. Torkelson was ready for another big season, but the Covid-19 pandemic shut down his season after just 17 games. In those 17 games he hit .340, 6 HR, and 24 runs scored. He was a Two-Time Unanimous All-American, Two-Time Team USA member.

Later in June, as high school athletes were hoping to get out of the house, school districts made it rather difficult. Petaluma refused to allow any athletic activity for a long time, while Santa Rosa was only allowing socially distant workouts at public parks, not on school grounds. “We are the only district that does not have a start date. I’m appreciative of the rules and the people working for the district that things are done the right way,” said Casa Grande Head Football Coach John Antonio at the time, “To be one of the last schools to get approval is really frustrating. Sports aren’t the only thing, but we have had parents ask every day about why other schools are practicing and we aren’t. I’m doing my best to update them as much as I can. I just want to be able to provide a safe, controlled environment while being together as a program.” The first sports season has been delayed until at least January 25, which will be re-evaluated by Governor Newsom after the new year.

In July, Montgomery then announced the hiring of Steve Arrow. Arrow spent many years coaching all three teams at Montgomery, including time as both the JV and Freshman head coaches, while also assisting with varsity teams. Arrow takes over for Zac Tiedeman, who spent 5 years at the helm of the Vikings. Windsor went outside the area for their next head coach, Paul Holland. He was born in England and came to the United States in 2009. He played college basketball at Southern Maine Community College in South Portland, ME and Colby Sawyer College in New London, NH. His coaching stops include a graduate assistant role at Bowling Green State, and James Madison University. He got into the high school game in Tempe, Arizona serving as the head JV coach at Tempe High School in the 2018-2019 season, and then serving as varsity assistant this past season.

Finally, to close off the year just a few months back, we took a look at the college bound athletes in the North Bay. You can check out that list here.

A year to forget for the most part, but bright things look ahead. The return to normal life. Kids returning to the classrooms and their extracurricular activities, millions of people returning to work, businesses thriving again, the day we can go to a ballgame or a concert with 20,000 + people and so much more that we were able to do before March 11, 2020.

Thanks for hanging with YSN365.com throughout a very tough year. We will be doing our best to keep up once sports begin again, whenever that may be. To help us out in this endeavor, please consider becoming a monthly donor to the website. That way we can keep giving local student-athletes the spotlight they deserve, and recognize great achievements when they have them. Plus, this will help our website and production costs. If you’re inclined to donate, please click here and it will give you an option on how much you’d like to donate. 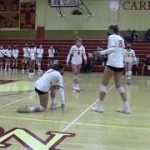 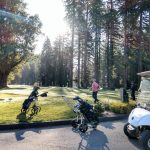 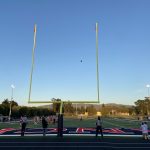