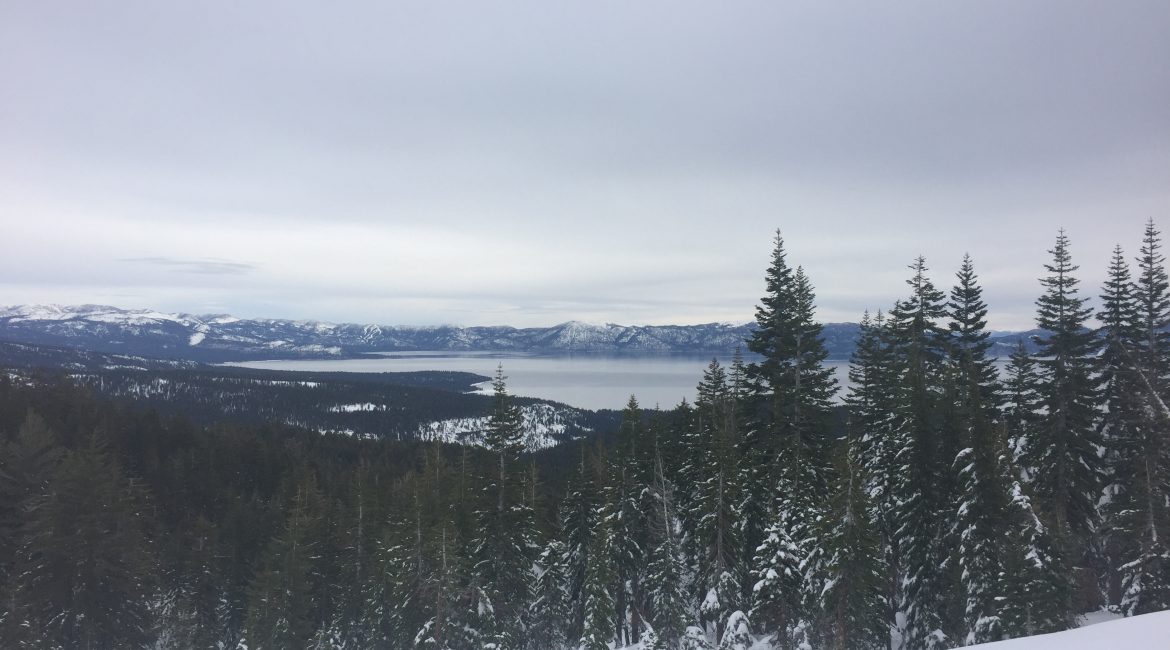 With the Tahoe Basin still digging out from the largest storm this winter, so far, a series of storms in the forecast could bring an additional 3 feet of snow to the area this weekend.

Two storms are expected to hit the region, with the first arriving Friday night, according to a special weather statement from the National Weather Service in Reno.

With temperatures expected to remain in the low 30s at Tahoe through the weekend, 6-12 inches of light fluffy snow is anticipated at lake level by Saturday morning. Western Nevada valleys could see 1-2 inches of snow.

Saturday afternoon will mark a brief break in the storms before a second storm arrives in the region. This second storm is expected to be stronger than the first one.

“Initial estimates are for this storm to bring additional snowfall accumulations of 1 to 2 feet or more in the Sierra with another round of accumulating snow in western Nevada valleys,” states the weather service. “Best estimates for western Nevada would be 1-4 inches, but are highly dependent on how quickly the front moves through the region.”
The storms follow a nearly four-day storm that dropped more than 7 feet of snow at several Lake Tahoe-area resorts. Blizzard conditions and heavy snow forced the closures of schools, businesses and some government offices Monday and Tuesday.

Although the predicted snow totals for this weekend’s storms are much smaller than the total from the recent storm, the weather service warns that roads will likely see serious traffic complications.

“Both of these storms are expected to occur during periods of peak skier commutes over Sierra passes. So, while total snowfall accumulations seem small compared to last weekend, disruptions to travel could be significant. Translation: you could be stuck in your car for an extended period of time or experience long delays. So come prepared.”

ACTION PIC OF THE WEEK:

Nate Cox of Santa Rosa getting some after hours air

Check out and support this podcast! Get it wherever you get your podcasts including Apple, Google, and Spotify!
ysn365.com/highlights/new-podcast-baribault-banter/ ... See MoreSee Less

Had a fantastic conversation with St Vincent de Paul Head Boys Basketball Coach Tom Bonfigli today. Look for it in an upcoming two part series wherever you get your podcasts! The video version will be premiered on YSN365 TV after both episodes are released.
View on Facebook
·Share

Former Petaluma HS and College of Marin Men's Basketball Standout Joey Potts joined Michael to discuss his time playing at Petaluma turning the program around to win an SCL Playoff Championship, moving on to College of Marin where he had to learn to shoot left handed, and finally what Oregon State has been like as they get ready for this coming season
anchor.fm/michael-baribault0/episodes/Interview-with-Oregon-State-Mens-Basketball-Player-Joey-Pot... ... See MoreSee Less

I sit down with Joey Potts of Oregon State Men's Basketball. Potts played at Petaluma High School, leading them to their first league championship in 24 years. Joey went on to College of Marin where he was Bay Valley Conference in both seasons. Joey now plays at Oregon State.
View on Facebook
·Share