1st round Tourney Recap: Petaluma wins a thriller in OT 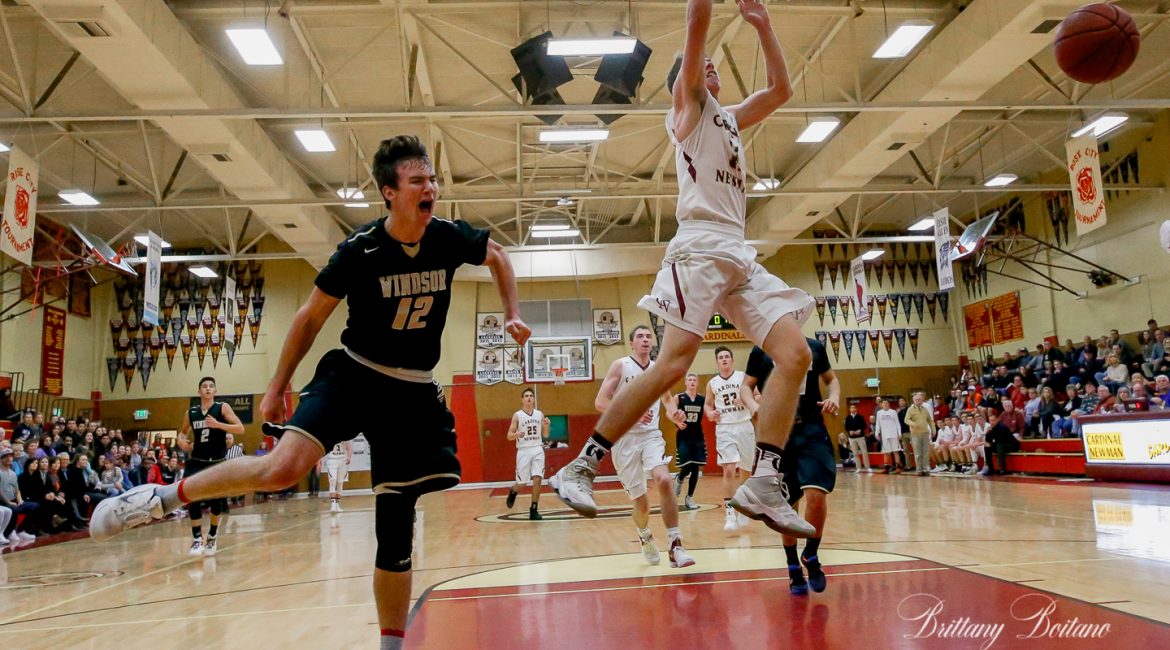 The first round of the SCL and NBL tournaments were last night, let’s recap how it went down.

Sonoma County League
We start with the best game of the night. Petaluma traveled to Healdsburg in a packed gym, with rooting sections from both schools in attendance. Healdsburg took a quick 8-7 lead after one. Trey Davis and Brendan O’Neill got things going for Petaluma in the second quarter to put Petaluma ahead 21-17. They would never trail the rest of the game, leading 36-33 after three. The fourth quarter was a little intense. Healdsburg slowly pulled back into the game behind Trey Chapman’s clutch put backs. With Petaluma up 42-40 with 24 seconds left, Trey Chapman hit a lay up and-one to tie the game and have a chance to give Healdsburg a win. He missed it, but the Hounds got the rebound and after a timeout, a five second call gave the ball to Petaluma, but Devin Gotschall missed a three at the buzzer to send the game to overtime. O’Neill made the first free throw shot of the overtime period. Jack Anderson hit a three and then the Trojans would go on a 12-0 run to put the game out of reach with the final 55-46 Petaluma. Austin Paretti chipped in with 10 points in the game. Joey Potts had 9 points.
Analy jumped out to an early lead and never faltered, cruising past Piner 67-42. Aidan Toner Rogers and Dom Tripodi led the way once again to bring Analy back to the SCL title game.
The SCL Tournament championship will be held Saturday night at SRJC at 8pm. This will be the second straight year these two will meet in the championship. Last year, Petaluma won the game 27-26 when Travis Holmes missed a lay up at the buzzer.

North Bay League
Montgomery and Cardinal Newman both raced to victories to reach the NBL Title game.
Montgomery was up 16-4 and never looked back. Evan Poulsen and Riley O’Neill were huge factors in the game Windsor struggled offensively scoring just 4 points in the opening period. They would get going but it was a little too late as the Vikings won 56-34.
Cardinal Newman was tied with Santa Rosa at the half, but then boat raced the Panthers in the second half and blitzed them 63-45.
Montgomery and Cardinal Newman are meeting in the championship for the second time in three years. In that 2015 game, Cardinal Newman won 47-45 in a classic. Things should be more of the same Friday night
Cardinal Newman and Montgomery renew their rivalry for the fourth time this season. So far, Montgomery has won two of three, so Newman will look to tie the season series at 2-2 Friday night at the SRJC at 8pm.
.
Share
Copyright (c) 2016 Splash.
Theme by StylemixThemes.