A DYNASTY COMES TO PLAY SRJC at BAILEY FIELD 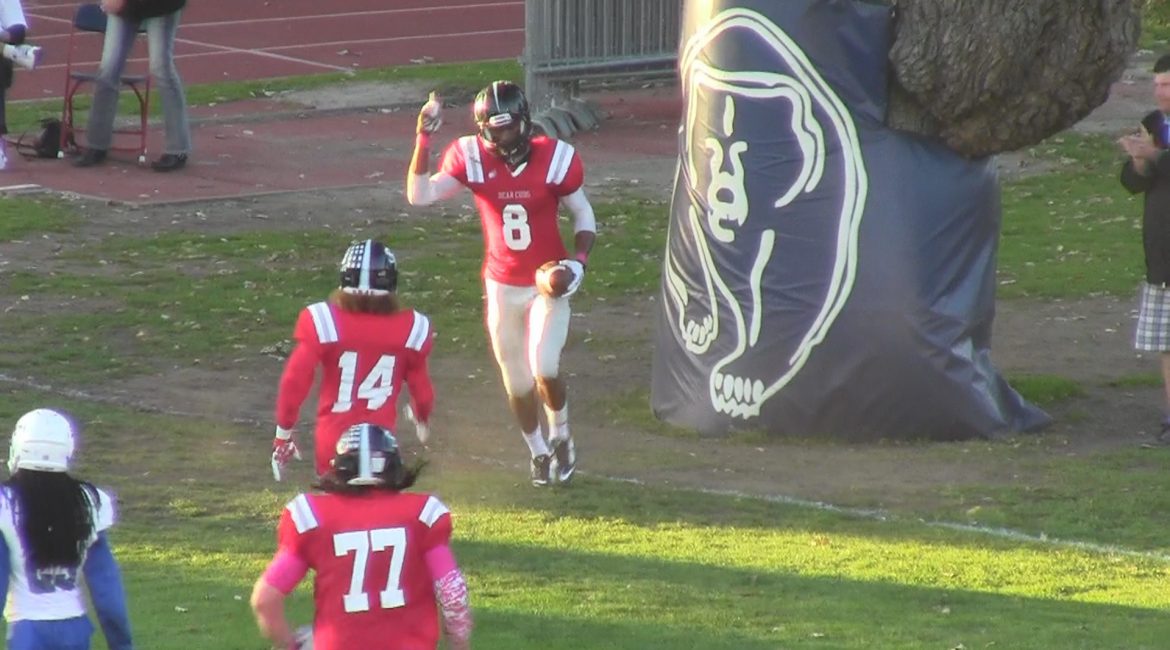 During the history of sports there are times when teams dominate its sport. Sometimes they are called dynasties.
In baseball for several decades it was the Yankees. The Boston Celtics and UCLA had dynasties in the NBA and College Basketball in the 60’s and 70’s. Some people think the current San Francisco Giants are a dynasty, although most teams that rank as dynasty status usually are on top a bit longer.
In the world of Community College Football, if the San Francisco Rams aren’t a dynasty, they aren’t too far out of the neighborhood.


For over the past decade they have been the team in the state. Since 1999, they have been to twelve state championship games and have won six. The closest team to that mark is Mt. San Antonio College, who has won three. Two of three State Championships that Mt. San Antonio College has won, they defeated San Francisco in the state championship game. Last season was a good example of that. The Rams were the No. 1 team in the state most of the season, going undefeated until they lost the State Championship game to Mt. San Antonio by a 27-17 score.
Since 1999 San Francisco has won at least ten games in 12 of the 15 seasons. The most they have lost in a single season is three.
With that history it isn’t a surprise that San Francisco is back this season. They started the season ranked No. 2 in the state in pre-season rankings, behind Mt. San Antonio College. After a 5-1 start they are ranked No. 3 going into Saturday’s game at No. 9 SRJC in the second Bay 6 league game for both teams.
The game is Saturday at 5 pm and will be broadcast on KSRO 1350 AM and 103.5 FM.
Last week both teams won their conference opener. San Francisco defeated winless Foothill 61-7. As you know by now, SRJC defeated San Mateo 17-14. Those results moved San Francisco to the No. 1 ranked Nor Cal team in the state, replacing San Mateo. These is the rankings that are used for the State Playoffs at the end of the season. SRJC is No. 5 and despite the result last week, they are still behind San Mateo who is No. 4.
San Francisco has the same record as they did this time last season, but they haven’t been as dominant. Last year during the regular season they went 9-1, with every win by over double figures and five of those wins by at least 35 points, including against SRJC by a score that won’t be mentioned.

This season they were behind in the fourth quarter in two games. In the opener against Sierra, they scored two touchdowns and followed both scores with two point conversions in the last 3:07 to steal a 25-24 win. The other game was a 39-34 win over Fresno, in which they scored two early fourth quarter touchdowns to take a 39-27 lead and then held on.
Last week SRJC met a San Mateo team that lives by the run. San Francisco is the opposite. Led by quarterback Anthony Gordon they have the No. 7 passing offense in the state. Gordan has passed for an average of over 300 yards a game, which is No. 4 in the state. In a 41-27 win over Modesto he passed for 501 yards and two touchdowns.
That doesn’t mean they can’t run. Running back Elijah Dale has rushed for over 80 yards in four of the six games and scored at least two touchdowns in three of them.
San Francisco is averaging 35 points a game and has scored at least 20 in every game.
So this is another big test for the SRJC defense. Last week they passed the test in a big way against San Mateo. In the preview here it was noted here that the yardage the Bear Cubs have given up has gone down each game. It didn’t seem likely they would be able to keep that pattern going against the potent San Mateo offense, which was the No. 4 scoring offense in the state going in the game. They didn’t, but came close. Take away the 70 yard touchdown pass and they would have.
SRJC has gone up and down in the rankings since the season has begun. The No. 9 ranking is the high water mark of the season.
This is the three straight games that SRJC played someone ranked No. 6 or higher. The first two went down in the rankings after the game.
If SRJC can pull this off, it would be quite a triple play.
JUNIOR COLLEGE FOOTBALL
No. 3 San Francisco (5-1) at No.9 SRJC (4-2)…SATURDAY 5 PM
KSRO 1350 AM/103.5 FM…Pregame 4:35
HIGH SCHOOL SCHEDULE
SCHEDULE (ALL GAMES FRIDAY AT 7:30 UNLESS NOTED)