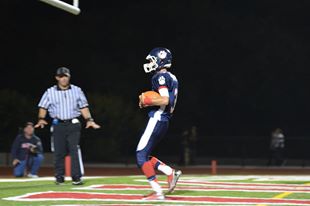 I am not a big Heat fan.

I am not talking about the Miami Heat of the NBA, although I am not a fan of the team.

I am talking about the heat we had over the weekend.  I actually moved from Cloverdale to Santa Rosa and part of the reason—how it was in Santa Rosa this past weekend, is pretty close to a normal summer day in Cloverdale.

I am a wimp when it comes to heat.

I will usually bury myself inside a nice cool place and stay there.  Going out in this kind of heat usually isn’t an option.

This weekend was different.  I took the heat on full throttle.

I had agreed to do some announcing work for the Little League All Star Playoffs that were taking place at Santa Rosa American Little League.    This was the playoffs that when I committed to it, I thought it was last weekend and even posted that on this website and its facebook page (how embarrassing).

I was still planning to do it this weekend, it has almost becoming tradition.  It started when my son went through the Santa Rosa American system .  I did some coaching and umpiring during that time and since then have added my voice to the proceedings.

I noticed the forecast for the incoming heat wave about midweek.  I didn’t really worry too much about the forecast because a Santa Rosa heat wave is a rare thing.  That is usually saved for the East Bay or Cloverdale.

Well you know what happened.  The heat wave did hit and I didn’t wimp out.  I still showed up to announce two full games on both days and believe me at times it wasn’t easy.

During the games I couldn’t help feeling for the people positioned behind home plate.  That is the catchers and the umpires.  Just think of wearing a coat in this kind of weather.  That is basically what they have to do with the protection they wear that goes with the job.  There was one game that lasted over three hours (more about that coming).

One of the eight teams was from Fort Bragg.  I felt for them too. The heat wave for that town means the temperature gets into the 70’s, which according to weather reports is what they hit this weekend.  I almost wanted to hitch a ride home with one of them.  They had to make a two and a half hour trip to temperatures they never see at home.

Fort Bragg didn’t let the heat stop them,  as they won both games,

They do need work on closing out games.

On Saturday Fort Bragg took a 13-4 lead into the sixth inning.  Healdsburg scored eight to cut the lead to one.  The game’s final out was a runner getting thrown out at third.

The only thing similar about the games was they had a dramatic finish.

The Santa Rosa American-Petaluma National game was the three hour game and had more runs scored in two separate innings than what was scored in the whole Fort Bragg-Rincon Valley American contest.

Santa Rosa American won the game in seven innings 17-13.   Petaluma National was two outs away from the win.  A two run single in the sixth by Carson Cramer tied the game at 11-11 and the game went the extra inning.

There were runs scored by at least one team in each full inning.  Despite that, at the end of four of the regulation six innings, the game was tied.  After one it was 2-2, after three 7-7, after four 9-9 and after six 11-11.  Andrew Rogers broke the last tie with a two run double in the eighth, which gave Santa Rosa American the win.

The 11-12 bracket will be completed over the weekend at Petaluma Valley Little League on July 4th.

By the way Monday is the one year anniversary of Petaluma National winning its first game of the 2012 Little League All Star playoffs defeating Santa Rosa American 14-0.

MONDAY SCHEDULE (All are elimination games starting at 5:30)

Cloverdale vs. Sebastopol at Petaluma American

Cloverdale vs. Mark West at Ukiah