A LOOK AT THE NORTH COAST SECTION BOYS PLAYOFFS 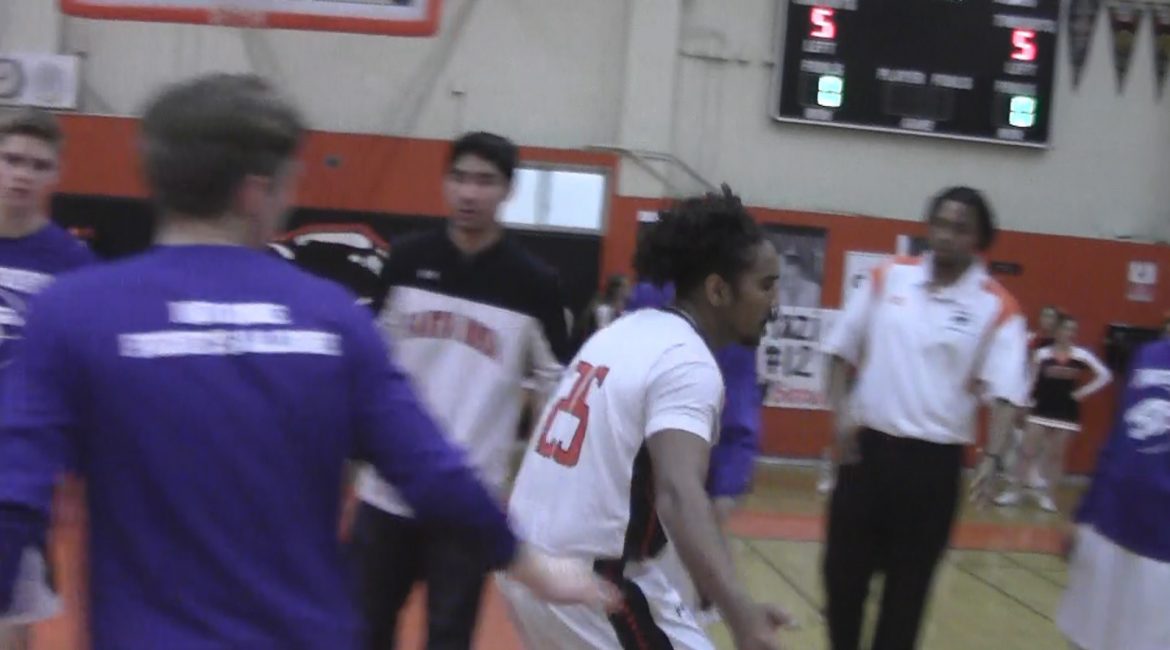 Basketball isn’t as easy as football is to find out North Coast Section playoff information. So I will tell you now I am cheating and using the following information written by Nate Smith from the website Prep 2 Preps. He ranked each division and where they would be seeded.


This is the local version and the Boys only. If anyone has seen any Girls projections send it my way.
DIVISION 1
Santa Rosa is only local team in the Division and they might be playing in the North Coast Section for the first time since who knows when. They haven’t been to the North Coast Section playoffs during the Max Preps era.
There is good and not so good news for Santa Rosa.
The good news is that Santa Rosa has qualified.
The not so good news is at the posting of this report earlier this week, fifteen teams have qualified and Santa Rosa is No. 15. By the time the regular season end, five more teams could qualify and all five are higher in the power rankings than Santa Rosa.
The bottom line is Santa Rosa needs wins.
DIVISION 2
At No. 2, Windsor is the highest projected seed for any local team. That is the same as where they are in the Power Rankings. The interesting thing is that No. 1 in the projection is Newark Memorial, who is No. 3 in the power rankings. The No. 1 team in the power rankings is El Cerrito and they are No. 3 in the projections.
In the latest Chronicle rankings Newark Memorial is No. 19 and Windsor is at No. 20.
Montgomery, Petaluma and Ukiah are all eligible. They are on the bubble for a first round home game. Montgomery has the advantage between the three for that. They are 4-0 against the other two teams.

DIVISION 3
Nine teams are eligible for this Division and it appears two more can get in.
Two of them are Analy and Piner. Two more teams could qualify.
Analy would have a good shot at hosting a first round game.
DIVISION 4
This is the only Division that has a full bracket (sixteen teams) eligible. Actually 18 teams are eligible and at least two more could become eligible. It also has the most local teams who have qualified with six. None of those six, going by where they are projected, would have a home game.
The highest projected team is Cardinal Newman at No. 10. Right behind them in order is Fort Bragg, Kelseyville, Lower Lake and Clear Lake. Also at No. 16 is Roseland University Prep. Another team who is eligible is Healdsburg, who isn’t mentioned in the projections.
The highest in the power rankings of those teams is at No. 8, that is Kelseyville.
The best chance of a home game would be Lower Lake if they win the NCL I race.
That is one thing that would bug me, if that is how it comes out. Lower Lake is ahead of the both Kelseyville and Fort Bragg in the NCL I race so they should be ahead of them in the seedings.
DIVISION 5
There are 13 teams qualified, although this looks like it will be a sixteen team bracket.
Cloverdale is back in Division 5 and they are the highest local team at No. 5. That is also where they are in the Power Rankings.
St. Vincent De Paul is on the bubble for a home game. Mendocino, Sonoma Academy and Upper lake all that qualified and look like they will have road games in the first round.
DIVISION 6
There is no projection for this Division.
In the power rankings, in order, are No. 2 Archbishop Hannah, No. 3 Anderson Valley and No. 4 Rio Lindo Adventist. Archbishop Hannah is the Small School Bridge Champions and Anderson Valley is on the verge of winning the NCL III.
There are probably more teams eligible because they might be over .500 in the Division rankings. Football has a website laid out for you with that information. Basketball doesn’t.
I wouldn’t go betting the house on the projections. Use the information for entertainment purposes only.
The picks for the North Coast Section playoffs are on Sunday, February 21st.
My email address is jacpasquini@comcast.net
Share