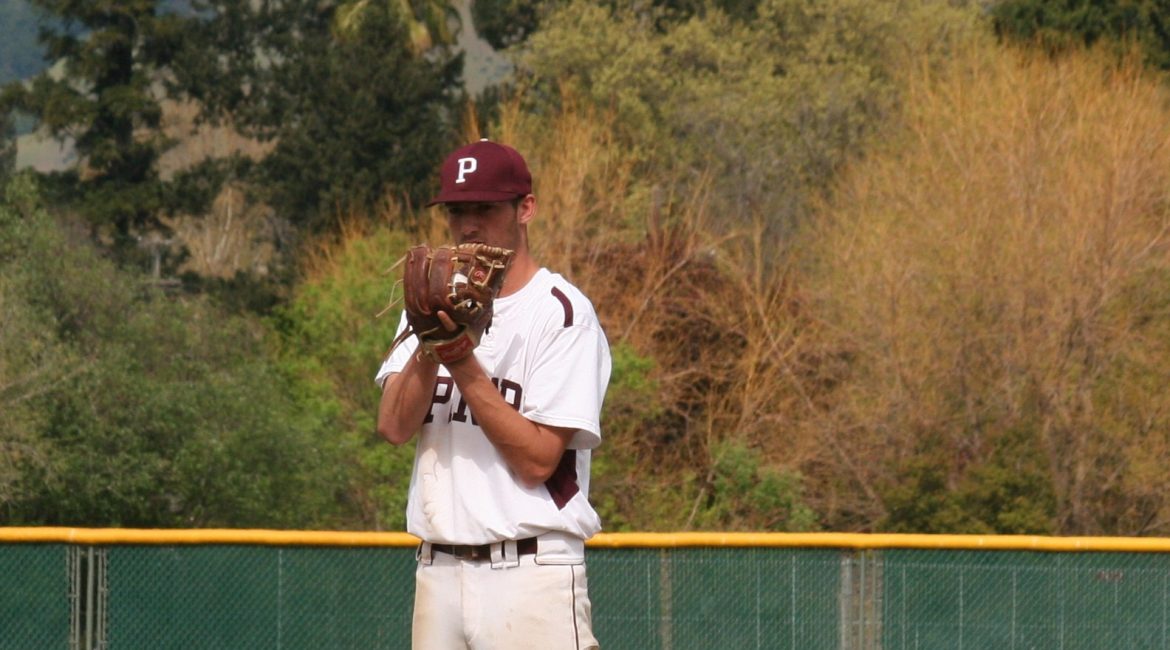 It appears that the Spring Breaks are over and now the league races will kick in full force from here on out.  That is in most cases.  There are still some teams in tournaments next weekend.
This is the second week of the baseball rankings.  Below, there is an update on what has happened in league play.
No. 1 (Last Week No. 1) Maria Carrillo (9-2)…Took three of four in the highly rated Boris Classic in the East Bay.  Now they can concentrate on defending its NBL championship.
No. 2 (2) Cardinal Newman (9-3)…One game week was a win over Windsor.  They have won seven of eight.
No. 3 (4) Casa Grande (7-5)…Won four of five, the lone loss to Maria Carrillo 4-2, a game they led 2-0 going into the sixth.  They have scored in double figures in the last three wins.
No. 4 (5) Petaluma (7-5)…Big three win week.  Besides the big league win over Analy, they won a nice non- league game against St. Mary’s, who went to the game 10-1.
No. 5 (6) Clear Lake (10-0)…Two win week in which they outscored opponents 19-4.  For the season the count is now 85-14.
No. 6 (3) Analy (7-5)…Tough loss to Petaluma has them looking up in SCL race.
No. 7 (8) Ukiah (8-4)…Next three games they meet Casa, Newman and Carrillo.
No. 8 (9) El Molino (10-4)…Now has a six game winning streak.  Next three games are on the road, including games against Analy and Petaluma.
No.9 (NR) Rincon Valley Christian (9-1)…Scored in double figures in five of a seven game winning streak.  They don’t play again until April 14th.
No. 10 (10) St. Vincent (7-2)…A nine inning 4-3 loss to Lick-Wilmerding, who is a Division 4 school, but a damper on the week.  They join Clear Lake in a tournament in Fort Bragg this weekend.
NORTH BAY LEAGUE
Maria Carrillo, the defending North Bay League champions, is one of three teams that are 2-0.
The other two teams are Cardinal Newman and Ukiah.
The schedule is set up that Cardinal Newman and Maria Carrillo meet on the end of each half.  The first game is at Maria Carrillo on April 22nd.
This Friday, Ukiah is at Cardinal Newman.  Before that game on Friday, each team has on game on Wednesday with Ukiah hosting Casa Grande and Cardinal Newman going to Montgomery.
Maria Carrillo is at Windsor on Wednesday and host Montgomery on Friday.
Casa Grande and Windsor are both 1-1, with every other team 0-2.
SONOMA COUNTY LEAGUE
El Molino’s six game winning streak includes two league wins, which puts them in a first place tie with Petaluma. After having the league bye on Tuesday, the Lions are at Piner on Friday.
Petaluma has games at Healdsburg and Sonoma Valley this week.
Sonoma Valley is 1-0 in league play and faces two ranked teams this week, traveling to Analy on Tuesday and hosting Petaluma on Friday.
NCL I
Clear Lake is the only undefeated league team in the NCL I.  They are also the only undefeated team period in the area. They don’t have another league game until next week.  This weekend they are in a tournament in Fort Bragg.
NCL II
This race has barely gotten started and won’t add much to it this week.
Rincon Valley Christian is 2-0, which is good enough for first place. Sonoma Academy and St. Vincent are both 1-0.
According to the Max Prep, there are only two league games this week with Upper Lake in both of them.  Also according to Max Preps, it will be Upper Lake’s first league games.
My email address is jacpasquini@comcast.net