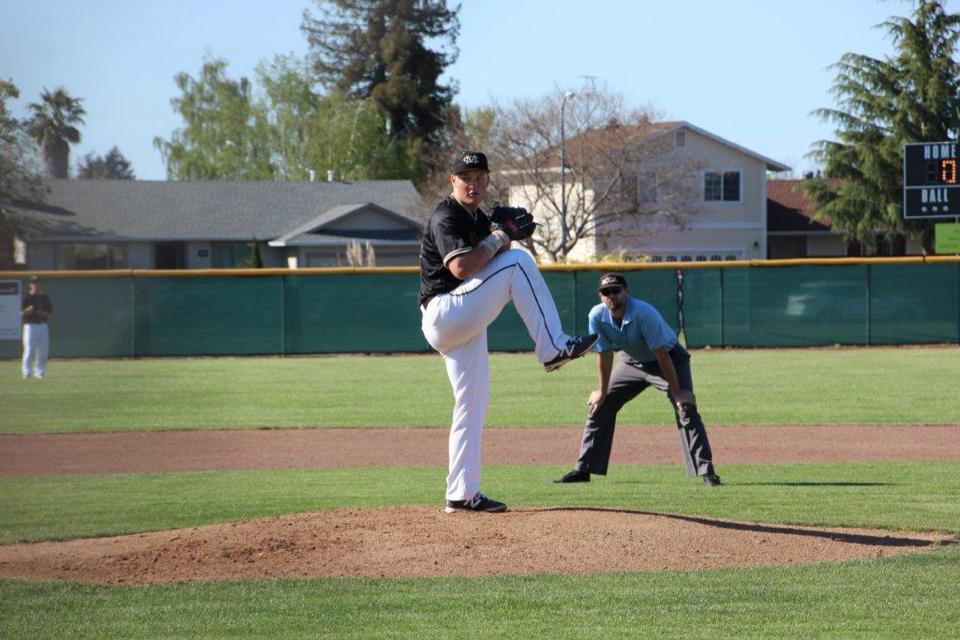 When it comes to regional rankings, for the most part, this area barely gets noticed.  If there is one team in the top ten, that is a major accomplishment.

Last week’s North Coast Section Baseball top twenty five at prep2prep.com, is as good as showing for the local area, that I can remember since I have been following these things.  Three teams from the North Bay League are included.  That isn’t so rare, but it is rare that two of them are in the top ten.
Maria Carrillo is ranked No. 2, behind College Park who is No. 5 Nationally in the power rankings.  Maria Carrillo is even ahead of De La Salle, who is No. 3.  The other team in the top ten is Cardinal Newman at No. 8. The third team in the rankings is Casa Grande, who is at No. 16.
The rankings by prep2prep.com were posted before the games last week.  There will be changes, as are there are in the YSN rankings.
No. 1 (Last Week No. 1) Maria Carrillo (11-2)…Changes some places, but not at the top.  Two more wins to get the winning streak to five.
No. 2 (3) Casa Grande (7-5)…Moves up one for the second straight week. They have a four game winning streak and have won six of seven.  The lone loss during that run is to No. 1.
No. 3 (2) Cardinal Newman (10-4)…One strike away, several times, from a two win week.  Second game of the week is a trip to Casa Grande.
No. 4 (5) Clear Lake (13-0)…Not as dominate in winning the Fort Bragg tournament as they have been most of the season.  Twice they had seventh inning rallies to keep undefeated season going.
No. 5 (NR) Sonoma Valley (6-8)…Comes from nowhere to hit the rankings.  Has a three game winning streak and sole possession of first place in the SCL race.
No.6 (4) Petaluma (8-7)…They got the second straight no-hitter for Hunter Williams.  The rest of the week, not one to remember, that included a 2-1 loss to Sonoma Valley.
No. 7 (7) Ukiah (9-5)…Talk about your up and down week.  A one sided loss to Casa Grande was followed by a big rally win over Cardinal Newman.
No. 8 (NR) Piner (8-6)…Bounces back from three game losing streak, with two wins.  That includes ending El Molino’s six game winning streak.
No. 9 (10) St. Vincent (9-3)…Came close to handing Clear Lake its first loss of the season in the Fort Bragg Tournament championship game.  They carried a three run lead into the seventh inning.
No.10 (9) Rincon Valley Christian (9-1)…Will go two weeks without a game by the time they play this Tuesday.
POWER RANKINGS
Yes, we finally have some power rankings to compare things to.
No. 1 Maria Carrillo (They are No. 3 in the section here)
No. 2 Clear Lake…(My reaction was wow too)
No. 3 Cardinal Newman
No. 4 Casa Grande
No. 5 Petaluma
No. 6 Ukiah
No. 7 Analy
No. 8 St. Vincent
No. 9 Sonoma Valley
No. 10 Rincon Valley Christian
THIS WEEK
NORTH BAY LEAGUE
Maria Carrillo is at Ukiah on Wednesday and host Rancho Cotate on Friday.  Ukiah is tied for second, one game behind Maria Carrillo. Rancho Cotate after an 0-2 start has won two straight.
On Friday, Cardinal Newman is at Casa Grande.  Both those teams start the week tied with Ukiah for second. O n Wednesday Cardinal Newman host Santa Rosa, while Casa Grande travels to Windsor.
SONOMA COUNTY LEAGUE
Sonoma Valley is the only team left undefeated in the league race and travel to Piner on Tuesday.  Piner is one of three teams with one league loss.
El Molino is at Petaluma on Friday.  Those are the other two teams with one league loss. On Tuesday, both those teams have road games with El Molino at Analy and Petaluma at Elsie Allen.
NCL I
Undefeated Clear Lake has two home games this week against Fort Bragg and Cloverdale.
Willits and Middletown each has one league loss, and meet at Middletown on Friday.
NCL II
This league race finally gets set in motion and a few teams haven’t played in a while.
The game of the week is on Friday, with Sonoma Academy at Rincon Valley Christian. The two teams are a combined 16-3.  Before that both teams have a game on Tuesday, which is their first action in two weeks or more.
My email address is jacpasquini@comcast.net