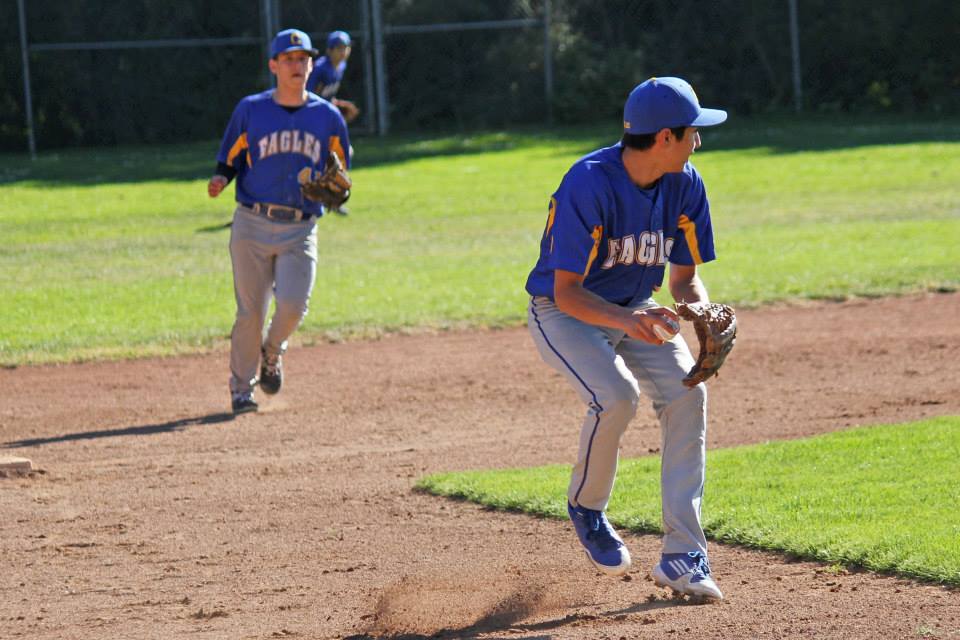 For the North Bay League a road trip is, for the most part, not that big of a deal, that is unless you are Ukiah. For the NCL I every game is a pretty good road trip. On Friday, the Cloverdale Baseball and Softball team, depending which way they went, had at least an hour trip to Lakeport for a league game with Clear Lake.
Considering how the games went, the trip home seemed longer.
The baseball game went eight innings with Clear Lake rallying from a 2-0 deficit to take a 3-2 win.
The softball game was even more painful for Cloverdale faithful. That game went 13 innings, with Clear Lake taking a 2-1 win.  Clear Lake scored its runs on an illegal pitch, which tied the game in the fourth, and a throwing error which ended game in the 13th.
The Clear Lake baseball teams is still undefeated and is in the YSN365.com rankings, as is the Cloverdale softball team. Did the close win effect the Clear Lake rankings?  Here is the answer in this week’s baseball rankings.
How the loss effects Cloverdale in the Softball rankings will be coming soon.
No. 1 (Last Week No. 1) Maria Carrillo (13-2)…The winning streak is now seven. In all seven wins, Maria Carrillo has scored at least as many runs in one innings, as they have given up the whole game.  Maria Carrillo is still at No. 2 in the regional North Coast Section rankings.
No. 2 (2) Casa Grande (11-5)…They have a six game winning streak, with the last loss to Maria Carrillo.  The two wins last week were both shutouts in which they gave up a combined four hits.
No. 3 (5) Sonoma Valley (8-8)…Two weeks ago the Dragons were nowhere to be seen in the rankings.  A 5-0 start to SCL play in which they have outscored opponents 32-4 has moved them up quickly.
No. 4 (6) Petaluma (11-7)…Bounced back from a two game losing streak with a dominating three win week in which they outscored opponents 45-5.
No. 5 (3) Cardinal Newman (11-5)…Has lost two of its last three.  Going into those three games they averaged nearly six runs a game.  In the two losses they scored three combined.
No. 6 (4) Clear Lake (15-0)… Not the dominating team that started the season.  In three of its last five wins, the winning run was scored in the seventh inning or later.  Still hard to complain about a 15-0 record

No. 7 (9) St. Vincent (10-3)…After a five game week in which they won four, they only had one game which was a one sided win.
No. 8 Sonoma Academy (NR) (9-2)…Has a five game winning steak, including an impressive 12-8 win over Rincon Valley Christian in a game they gave up four in the seventh.  In four games during the winning streak, they have scored in double figures.
No. 9 El Molino (NR) (11-6)…Played Petaluma tough for half the game before things got away.  That was after a nice win over Analy.
No. 10 Rincon Valley Christian (10) (10-2)…Loss to Sonoma Academy snapped an eight game winning streak.  Even in the loss they scored at least eight runs for the fourth time in five games.
POWER RANKINGS
No. 1 (Last week No. 1) Maria Carrillo
No. 2 (2) Clear Lake
No. 3 (4) Casa Grande
No. 4 (3) Cardinal Newman
No. 5 (5) Petaluma
No. 6 (6) Ukiah
No. 7 (NR) El Molino
No. 8 (8) St. Vincent
No. 9 (9) Sonoma Valley
No. 10 (7) Analy
THIS WEEK HEADLINES
NORTH BAY LEAGUE
This is the week for Maria Carrillo to either take full control or have a dogfight for the league title.  On
Wednesday they go to Cardinal Newman.  That follows with a home game against Casa Grande.
Before the showdown game with Maria Carrillo, Casa Grande goes to Rancho Cotate on Wednesday.

SONOMA COUNTY LEAGUE
Sonoma Valley keeps its one game lead over Petaluma.  They have a one game week, which is a trip to El Molino on Tuesday.
Petaluma has a road game at Analy, which is followed by a home game with Piner.
NCL I
The question is now will they or won’t they?  Clear Lake is 15-0 and is two games clear of the rest of the league.  They face a three week game with league road games at Willits and Lower Lake, before a Saturday non-league home game against St. Patrick’s.
NCL II
The schedule maker is smiling about how this is working out.  St. Vincent and Sonoma Academy are the last two teams undefeated in league play and meet on the last game of the half and season.  The first game is at St. Vincent on May 5th. Each team has three games between now and then.
My email address is jacpasquini@comcast.net
Share