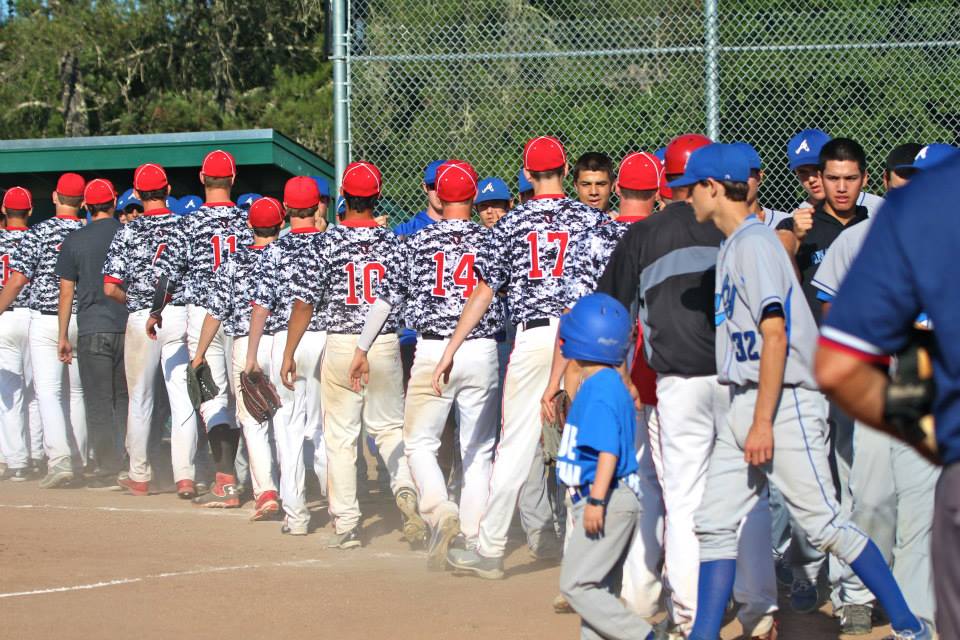 For the North Bay League and Sonoma County League this is the last week of league play and both leagues are going down to the end.


The NCL world has two weeks to go.  Clear Lake has the NCL I wrapped up.  There is still some work to do in the NCL II race.
No. 1 (Last Week No. 1) Casa Grande (17-5)…The winning streak is now up to 12.  They are one win away from at least sharing the NBL championship and No. 2 in the NCS Division 2 power rankings.
No. 2 (3) Cardinal Newman (18-4)…Their winning streak is six.  The last loss was to Casa Grande, who they host next. Two wins away from first twenty win season since 2012.
No. 3 (4) Maria Carrillo (17-5)…Has rebounded with a four game winning streak.  Two of the wins were shutouts and the offense broke out after a slump.
No. 4 (5) Petaluma (16-7)…Got the big win over Sonoma Valley to win its eighth straight.  Still has work to do to get first SCL pennant since 2011.
No. 5 (2) Sonoma Valley (12-9)…Big winning streak snapped by Petaluma. Same shape as Petaluma for league championship race, except they have one more game and the tie-breaker.
No. 6 (6) Clear Lake (22-0)… The undefeated season continues.  Has two more to finish off regular season.  In the power rankings, they are No. 1 team in Division 5.
No. 7 (8) Sonoma Academy (14-2)…They defeated St. Vincent for the first time in school history.  That gives them the advantage in NCL II race.  They now have a ten game winning streak.
No. 8 (7) St. Vincent (16-4)…Followed up the loss to Sonoma Academy with a non-league win over Healdsburg.  Have three games before the revenge game against Sonoma Academy.
No. 9 (9) El Molino (14-8)…Gets the season sweep over Analy.  Now has the top two in the SCL race to end regular season.
No. 10(NR) Rincon Valley Christian (16-3)…A five game winning streak and with both Sonoma Academy and St. Vincent left on the schedule, could still be a player in the NCL II race.
POWER RANKINGS
No. 1 (Last week No. 1) Casa Grande
No. 2 (2) Maria Carrillo
No. 3 (3) Cardinal Newman
No. 4 (3) Clear Lake
No. 5 (5) Petaluma
No. 6 (6) Sonoma Valley
No. 7 (7) Ukiah
No. 8 (8) Analy
No. 9 (NR) Piner
No. 10 (9) El Molino
THIS WEEK HEADLINES
NORTH BAY LEAGUE
Casa Grande has a one game lead over Cardinal Newman and Maria Carrillo with two to go.  Cardinal Newman hosts Casa Grande on Wednesday and then goes to Maria Carrillo on Friday.
Rancho Cotate pulled one out of the hat with a three run seventh to defeat Montgomery on Friday.  That pulled them into a tie with Ukiah for the final NBL post season tournament spot.  Schedule doesn’t really favor them.  Like Cardinal Newman, they end the season against Casa Grande and Maria Carrillo.
SONOMA COUNTY LEAGUE
Petaluma ends the regular season on Tuesday at El Molino.  A win will clinch the Trojans a tie for the league title.
Sonoma Valley has two games left.  On Tuesday they are at Healdsburg and on Friday they wrap things up at home against El Molino.
El Molino is in good shape for the SCL post season tournament, but it doesn’t appear to be a sure thing.
Piner is one game ahead of Analy for the final spot.  Piner is at Analy on Tuesday, where a Piner win will set up the final four.
NCL I
Clear Lake has wrapped up the league championship, so now the story is will they finish undefeated.  They go against Kelseyville and Middletown to close out the regular season.  Both teams are hoping for NCS spots.
NCL II
Sonoma Academy and St. Vincent each have three games before meeting in the final game of the season on May 22nd. Between now and then they both have games against Rincon Valley Christian, whose only league losses were against the two teams the first time around.
My email address is jacpasquini@comcast.net
Share