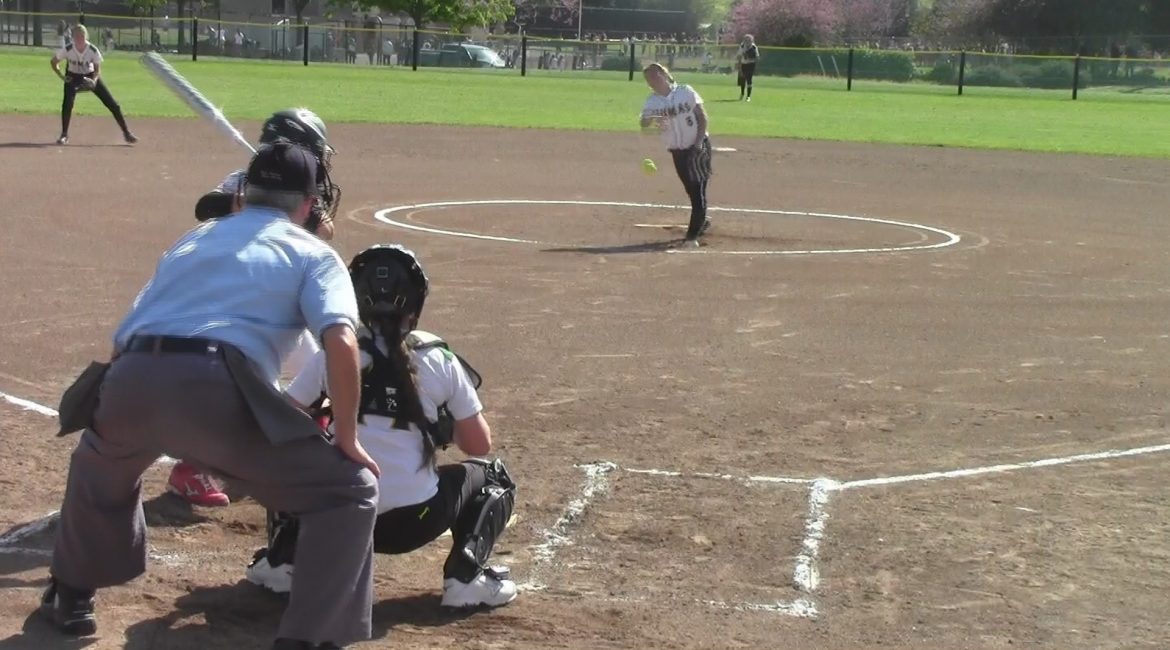 Judgment week did its job, for the most part.  It set the tone for most of the league championships, which are going to be won this week.

One of the races that this isn’t exactly true for is the NBL Softball race.  They are having their judgment this week to wrap up league play.

It is hard to get more judgment than that.

No. 1 Maria Carrillo (20-2) (Last Week No. 1)…Another three win week that cinches a tie for the NBL championship.    The winning streak is now 17.   They can claim the championship for themselves with a win either at Montgomery on Wednesday or at home against Cardinal Newman on Friday.

No. 2 Analy (17-4) (2)…Three wins away for their second straight 20 win season. In a two win week, which clinched a tie for the SCL title, Grant St. Martin six for eight to raise his batting average to .397.  He leads the team in RBI with 18.  Had six of those in the win over El Molino.

No. 4 Montgomery (15-5) (4)…The Vikings keep winning and wait for Maria Carrillo to fall.   The winning streak is now seven after a two win week in which they outscored opponents 19-2.   Anthony Prince and Jared Noonan each started and won and are a combined 10-1 on the season.   The Vikings team ERA is 2.25.  Sam McBeth had two hits in each game and drove in five.  Seven game winning streak and hasn’t gained on first place Maria Carrillo, who dealt them their last loss.

No. 5 Cardinal Newman (13-8) (6)…Second straight week they move up one spot.  The Cardinals move into sole possession of third place and end the league season with a home game with Casa Grande and a trip to Maria Carrillo.  Jeff Rebello’s numbers are now .484 hitting and 5-2 with a 2.04 ERA pitching.   Cardinal Newman as a team has an ERA of 2.10.

No. 6 Casa Grande (15-7) (5)…Tripped up against Santa Rosa in a game they committed three errors and four unearned runs in a 5-4 eight inning loss.  Take away the 15-0 win over Windsor they are averaging under four runs in league play.   Their pitching has been rock solid with a team ERA of 1.61.   Junior, Eric Parnow has pitched a team high 43.1 innings and has an ERA of 0.97.

No. 7 Sonoma Valley (11-11) (8)…Three of four league losses are by two runs or less, including a 5-3 decision to Petaluma last week.   Senior, Jimmy Flatt has thrown over 70 innings and has an ERA of 1.76.   In two wins last week he pitched ten innings and allowed one run and six hits.   Sonoma Valley is 1-4 in one run games.

No. 8 Rincon Valley Christian (13-2) (NR)…In a week the two teams battling them for the NCL II League Championship lost, they had two dominating wins.   The Eagles have scored in double figures in three straight games.  Two of the next three games are against St. Vincent, the other Tomales.   Both RVC and St. Vincent are 5-1 in league play.  Tomales is 5-2.

No. 9 Clear Lake (15-5) (7)…Bounced back from surprising loss to St. Helena with 10-0 win over Kelseyville.  Despite the loss are two games clear of Middletown in NCL I race.   They go on the road to Middletown on Tuesday.

No. 10 St. Vincent (11-8) (9)…Started week with 2-1 loss to Tomales.  They then took that loss out on Calistoga.   Has another first place game with Rincon Valley Christian on Tuesday.   It is the start of two of next three league games against them.

No. 1 Petaluma (16-6)…(1)…On the verge of another SCL championship.    Ends league season at El Molino and Analy.   They have already sewed up the No. 1 seed in the post season tournament.  Joelle Krist and Brie Gerardt are still batting over .500.  Petaluma as a team is batting .377.  Twenty two of Krist’s thirty five hits are for extra bases, including ten homers.

No. 2 Maria Carrillo (15-5)…(2)…The NBL Softball race has the suspense headline of the week.   Maria Carrillo has a six game winning streak going into its home showdown with Santa Rosa, who they are tied for first with, one game ahead of Rancho Cotate.   Brittney Veler had another big week going 5 for 6 with three doubles and raises her average to .698.   She gets things going and her teammates bring her home.   She scored three runs in each game.

No. 3 Rancho Cotate (16-3-1)…(3)…The Cougars are part of the NBL suspense.   They have a game at Casa Grande on Tuesday and will have its mind a little on the Maria Carrillo-Santa Rosa game.   Rancho Cotate is a game behind each team and is at Santa Rosa on Thursday.   They also have a non-league game at Tamalpais on Wednesday.

No. 4 Santa Rosa (13-4)…(5)…This is judgment week for the Panthers.  A five game winning streak is on the line when they travel to Maria Carrillo on Tuesday.  The first game was dripping with suspense with Santa Rosa pulling out a nine inning 3-2 win.   They followed that up with two losses to Rancho Cotate.   They host them on Thursday.

No. 5 Cloverdale (13-5)…(4)…Quite a week which started with their first league loss and ended with wins over the other two contenders.   They are in a virtual first place tie in the NCL I race with Clear Lake and counting down to the regular season finale against them.

No. 6 Clear Lake (15-4)…(6)…Lost game to Cloverdale that would have given them control of NCL I race.  They can’t think of the Cloverdale game yet.   Have trip to Middletown to worry about on Tuesday.

No. 7 Analy (14-5)…(9)…Retakes second place in the SCL race.  They wrap up the regular season with home game against Petaluma on Thursday.   In win over Piner Alina Goodrum went 5 for 5, scored four times and drove in two. That gets Goodrum’s average to .406 on the season.

No. 8 St. Vincent (10-7)…(8)…Continues to dominate the NCL II race.  They have outscored opponents now 152-0.   Biggest game of the week is a Saturday non-league game, when they host St. Joseph Notre Dame.   A win there would really help for NCS Seeding.

No. 9 Lower Lake (15-5)…(NR)…After coming close in so many games, they got that big win they needed by defeating Cloverdale.  Won’t win NCL I, but could get home game in first round of NCS playoffs.

No. 10 Sonoma Valley (12-10)…(7)…Rough week which included two losses.   The one to Petaluma cost them shot of SCL title.   A non-league 3-2 loss to Justin Siena in which they gave up two runs in the bottom of the seventh will hurt come NCS Seeding time.