BASEBALL—SOFTBALL RANKINGS WITH A NEW NO. 1 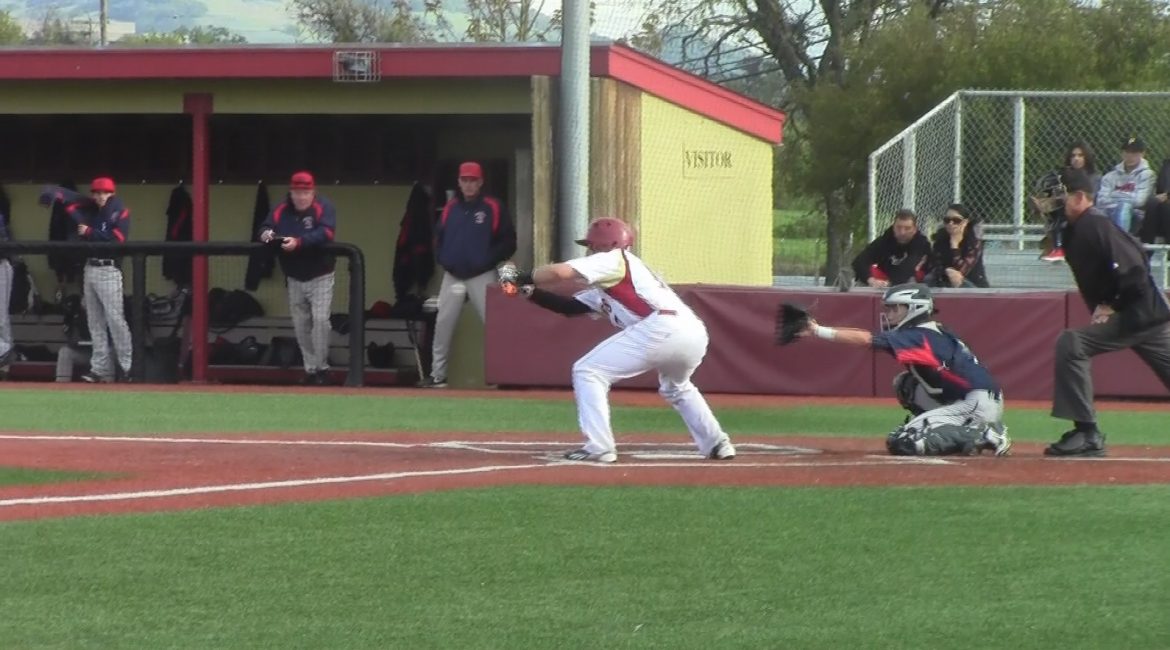 This is a mind wrenching presentation of the YSN365.com rankings.

There are so many issues.

Some teams played three games, others played none.   Do you drop a team where the only thing they lost to was the weather and nothing else?

This there was the case of a team that played in a tournament out of the area and the results weren’t so hot.    So what to do with them?

This is the kind of thing that keeps me up at night.

Well, not really, but here we go.

At last it appears the weather will be taken out of the equation.

No. 1 Petaluma (10-3) (Last Week No. 1)…Somehow they got two games in, the second on a very rainy Friday.   The big win was a 2-1 win over Sonoma Valley on Wednesday.  It was Petaluma’s second 2-1 win this season and Hunter Williams pitched a complete game in both of them.  Williams has won all four of his decisions and has an ERA of 2.04.   He has three complete games in his last four starts.   Petaluma’s team ERA is under 2.00.  Dante DePrete is 3-0 with an ERA of 1.57.  It is busy week for Petaluma with three games in four days.  Two of them are non-league games.

No. 2 Maria Carrillo (10-2) (2)…Seven straight wins, the last three are shutouts in which they gave up seven hits combined.   Maria Carrillo was the opponent in the first 2-1 win by Petaluma and that’s how close it is between No. 1 and No. 2.  Maria Carrillo has one make-up, which is a home game with Ukiah and will be played on April 22nd.

No. 3 Cardinal Newman (8-5) (5)…Took advantage of a three game week.  They got three wins in three days.    They won at Santa Rosa, at Ukiah and at home against Rancho Cotate.   Starting pitchers gave up two earned runs in 17 2/3 innings.  Leadoff hitter Jeff Rebello batted .500 week for the week, with at least one run in each game.  He also was one of the starting pitchers and got a win.   They have won four straight and six of seven.   The Cardinals are in first place in the NBL race, because they have played one more game than Maria Carrillo.

No. 4 Casa Grande (8-3)(3)…The week was lost to the weather.   Host a make-up game with Santa Rosa on Monday, which starts back to back three game weeks.  When they play again it will be ten days between games.

No. 5 Analy (7-4)(4)…They haven’t played in ten days either.   Only one of the two games postponed this week was a league game, that was with El Molino.

No. 6 Clear Lake (8-2) (6)…They got one game in and defeated St. Helena 6-2.  The Cardinals lost its opener to Justin Siena who is 8-2 on the season.  They have won eight of nine since and have given up two runs or less in six of the games.   Three pitchers have two wins and the team ERA is 2.00.   They are the only team in the NCL I without a league loss.  Big game with Kelseyville on Tuesday.

No. 7 El Molino (11-2) (8) …Two win week including first SCL win over Piner in a 2-1 game.  Jeremy Pearson threw a complete game three hitter and struck out ten.   Brett Franceschi scored both runs and then was the winning pitcher in a 12-1 win over Kelseyville on Saturday.  Since returning from an arm injury, Franceschi has allowed one earned run in seventeen innings.   He is the son of first year manager Tony.   The rain postponed the home game with Analy scheduled for Friday.  This is a big week with one game at Petaluma, followed by a home game with Sonoma Valley.

No. 8 Montgomery (7-4) (7)…Got one game in, which was a 1-0 win over Rancho Cotate, with Jared Noonan pitching a three hitter.  Has a make-up game with Windsor, which hasn’t been rescheduled and ends week at Maria Carrillo.

No. 9 Sonoma Valley (6-8) (NR)…Three wins in the last five games all shutouts.  The losses are to Analy and Petaluma, the loss to Petaluma was a 2-1 score.  If they could find some runs, look out in the second half.   Two senior pitchers Jimmy Flatt and Mitch Hood have a combined ERA of 2.23 and a combined record of 5-7.

No. 10 Rincon Valley Christian (7-1) (NR)…Won seven straight since opening game loss to Archbishop Hanna, the last win getting revenge for the loss.   The first six wins they scored at least ten runs.  Schedule isn’t great, but they are winning and winning big.   It is a countdown to games between St. Vincent and Rincon Valley Christian, which looks like will decide NCL II Championship.   First game postponed so two teams play two of last three league games.

KEEP AN EYE ON… Kelseyville…Piner…St. Vincent

No. 1 Maria Carrillo (7-3) (2)…Takes over No. 1 without playing a game.  Two games scheduled, two games rained out.  That means six games in the next two weeks starting Monday Afternoon against Rancho Cotate.

No. 2 Petaluma (8-6) (1)…We warned you how tough the Livermore tournament was and Petaluma had a tough one going 0-5 and being outscored 38-14.  This is probably a case where any team in the area who played in this tournament would have had the same results.   Thankfully back to Sonoma County on Tuesday with a trip to Sonoma Valley.

No. 4 Windsor (8-2) (4)…Weather wiped out the week.  Three games in three days starting on Tuesday against Montgomery, Casa Grande and Cardinal Newman.

No. 5 Rancho Cotate (6-0-1) (5)…Only game they got in was the win over Montgomery which was Dave Johnson’s 200th.   What a week with seven games scheduled starting with the Monday game against No. 1 Maria Carrillo.  Besides three league games they have a non-league game and at a three game Saturday to finally finish the HASA Tournament in Antioch.

No. 6 Analy (7-3) (6)…They got one game in which was a victory of El Molino.   Have a three game SCL week this week, one a home game against Sonoma Valley.  They are trying not to look past that to the showdown with Petaluma next Tuesday.  Sophomore Mackenzie Evangelisti had three hits the win over El Molino to raise her average to .533.

No. 7 Santa Rosa (5-2) (NR)…The Panthers found their offense.   After back to back shutouts to drop to 2-2 they won three straight averaging over nine runs a game.  After going to Casa Grande they have back to back games with Maria Carrillo and Rancho Cotate.

No. 8 Lower Lake (8-2) (8)…The reality check week pushed back by the weather. Have Cloverdale, Kelseyville and Middletown this week.   Has played one game in last two weeks and has a five game winning streak.

No. 9 Sonoma Valley (6-5) (NR)…Young team got one game in and has a big week with games against Petaluma and Analy.