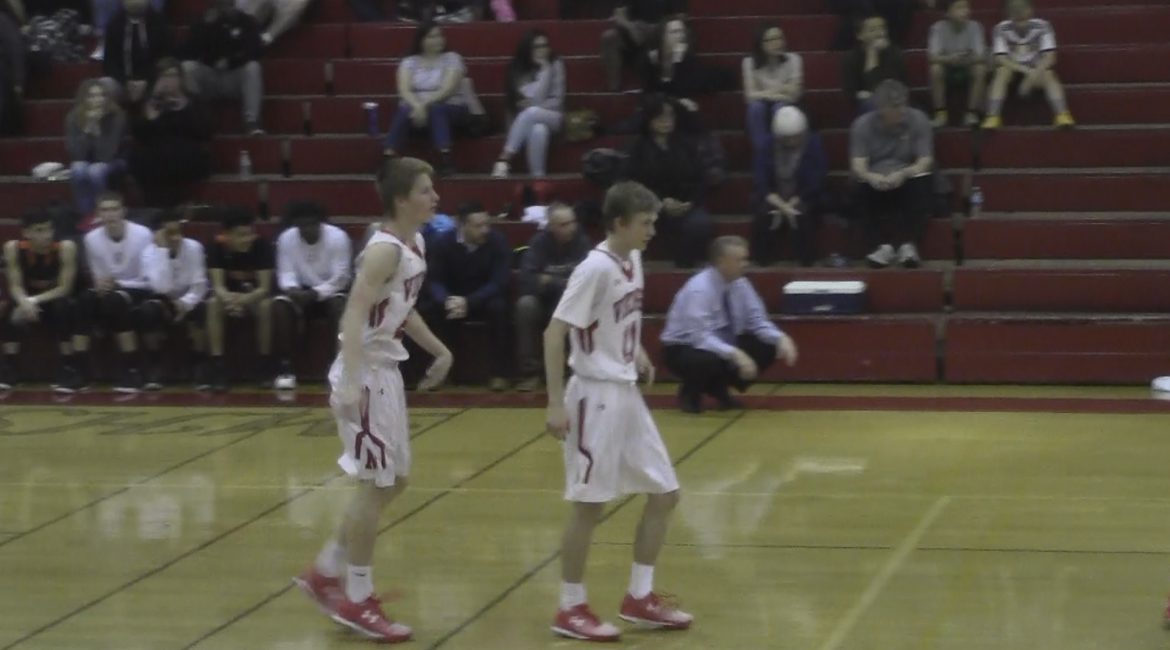 The local Basketball season kicks off Tuesday with the NCS Foundation gamea. Teams will suit up for the first time, but it won’t count on the actual record. The defending boys league champions, Analy and Windsor, look to repeat their success. It won’t be easy for either side. Same goes for the girls, Defending State Champion Cardinal Newman for the NBL, and Sonoma Valley for the SCL.

BOYS
Sonoma County League
Last year was one of the more exciting years in the SCL. Analy won the title, Piner was good as they usually are, But there was one surprise: Petaluma. The Trojans, who averaged around four wins the previous four years raced to a 19-11 record last year. With that they beat Casa Grande for the first time in seven years, and won the SCL Tournament for the first time ever. They also made the NCS playoffs for the first time since 1992. With all that, they return honorable mention Joey Potts and a flurry of outstanding junior players.
Analy returns their top two players in Jordan Armstrong and Aidan Toner-Rodgers. Rodgers missed most of last year due to injury and looks to help the Tigers win another League championship.
North Bay League
Defending league champion Windsor lost many key players from last years 25-4 team. Parker Canady, Gabe Knight, Chaise Noles are all gone from Windsor. However, Cardinal Newman returns many players. Cody Baker, Gavin Dove, and Bennett Kohut all return to the Cardinals. Another returner is Damian Wallace who missed all last year to a tibia break.
Evan Poulson, Ryan Merriken, and Bryce Burroughs return for Montgomery. This should be a fun race in the NBL between Newman and Montgomery once again.


GIRLS
Sonoma County League
Sonoma Valley will be a young team this year under new coach Jann Thorpe. Many of their top players aren’t back for this year so there could be some pressure on underclassmen to perform. The Dragons however should be a force in the SCL.
Petaluma also has a new coach in Jon Ratshin. He has scheduled a couple of good tournaments for his young team like the West Coast Jamboree. If the Trojan youth steps up, they could cause some problems in the SCL race.
For Analy, they have a lot of returners with Sophie McFadden and Bella Neidermair. Earl Pasamonte’s group is the favorite in the league this year.
North Bay League
The Defending Division 4 State Champion Cardinal Newman Cardinals returns their ENTIRE team from last year. This is something that is so rare, and teams all around the state should look out for, not just North Bay League teams. They haven’t lost a league game in almost three years and it looks like they’ll push it to four this time around. They host the Cardinal Newman Classic on December 1st, 2nd, and 3rd with some of the best teams on the west coast coming in. This is a tournament they look to win this year, as they lost to Sacred Heart last year in the final. Nonetheless, Cardinal Newman is clearly the favorite to regain the NBL title.
Share
Copyright (c) 2016 Splash.
Theme by StylemixThemes.