Boys Basketball Round up so far 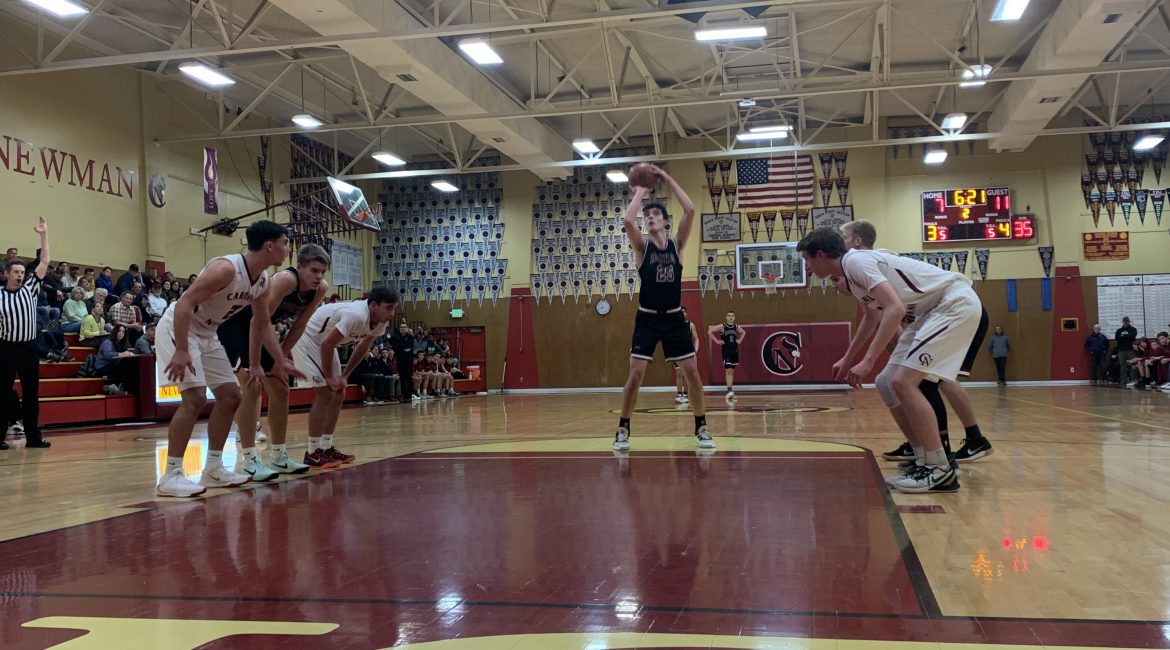 Piner has been the talk of the town, as the Prospectors sit at 6-0 in NBL-Oak play in first place. Piner defeated Cardinal Newman in their biggest win of the league season back on January 14th, 58-51 after falling to the Cardinals in the Sonoma County Classic Championship game 54-52. The two teams battle again on Friday at Cardinal Newman, where Tom Bonfigli’s boys are undefeated so far this year, at 9-0.

After Piner and Cardinal Newman, it’s a three team cluster. Santa Rosa sits at 3-3, with Montgomery and Windsor at 2-4 in league play. Two of these three teams will qualify for the NBL Tournament to be played the week of February 10th. Santa Rosa goes to Montgomery on Friday night. Analy sits in the cellar so far at 0-5, and could be in danger of being moved to the NBL-Redwood next season.

Healdsburg has, and most likely will be the class of the league for this season. In their league opener, they received a scare from Maria Carrillo, but they eventually pulled out a 53-50 victory. Since then it has been total NBL-Redwood domination. Sandwiched in the middle of the dominance is an overtime loss to Cardinal Newman. The Hounds host Ukiah tonight, and travel to Rancho Cotate on Friday.

Maria Carrillo and Rancho Cotate both sit at 4-2 so far in league play. The Pumas defeated Rancho 65-41 back on January 16th. The two teams meet again on February 5th at Maria Carrillo. Ukiah and Elsie Allen both are 2-4, and will fight for the fourth and final postseason spot. The Wildcats beat Elsie Allen 67-37 back on February 16th.

Petaluma sits atop the league at 6-0. They haven’t had it easy though. A 61-60 win over Sonoma Valley and a 70-67 overtime win over Napa highlight two of their six wins in VVAL play. The Trojans go on the road for a tough back to back, Friday at Sonoma Valley and Saturday at Vintage.

The final 3 teams, Casa Grande, Justin Siena, and Napa are no slouches. Last place Napa took first place Petaluma to overtime, and Casa Grande hung with Petaluma for 28 of the 32 minutes of their game back on January 15th. While the Trojans have a 2 game lead, it would be safe to say that this league race is not over yet, especially with the Trojans going on the road on back to back nights to the two teams that are right behind them. These games are especially important for these 3 teams, because there is no league tournament in the VVAL.

As the regular season is now winding down, we are starting to look ahead to NCS seedings. With the general consensus being that Healdsburg, Piner, and Cardinal Newman being the top 3 teams in the area, in no particular order, those are the teams we will look at where they are seeded in their respective divisions. Healdsburg in D4, Piner in D3, and Cardinal Newman in D2.