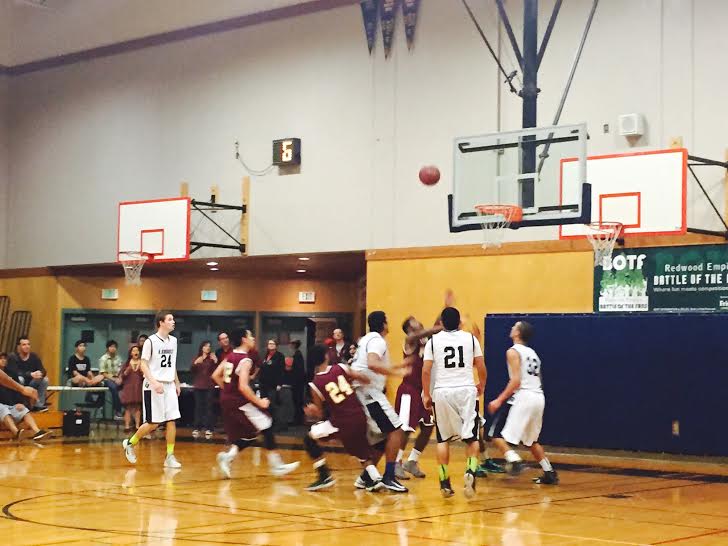 There isn’t a major change in the rankings, but there is a new/old team added.
No. 1 Cardinal Newman (13-0)(Last ranking No. 1)…This doesn’t seem like this is going to change anytime soon.  The lack of respect reginally continues for the local area sports teams.  The Cardinals aren’t ranked in the Top 25 in the Nor Cal rankings.  They are still No. 1 in the NCS Division 4 power rankings.
No. 2 Montgomery (6-8) (2)…This is a bit of a mulligan, but the other choice had a worse loss to Cardinal Newman than the Vikings had.  Nice rebound win in Ukiah.
No. 3 Piner (8-4) ,3)…Pulls off close win over Elsie Allen.  They can’t relax though.  A trip to Analy is next.  If they can start league play 3-0 with those road wins it would be big advantage Piner.
No. 4 Elsie Allen (10-5)(4)…A just miss against Piner doesn’t cost them here.  Three games on the schedule this week which includes a trip to Analy.
No.5 Cloverdale (9-3) (5)…The win over Willits won’t score any points with the fashion police, but does in the standings. Travel to Lower Lake on Tuesday in a game that will decide who will be the last NCL I undefeated team in league play.
No. 6 Casa Grande (8-6) (6)…The Gauchos with two wins to start the NBL race.  They have a rematch with Windsor this Friday Night.
No. 7 Windsor (8-5) (7)…Rebound week in which they take two wins.  Next up a tough stretch with Cardinal Newman, Casa Grande and Montgomery lined up.
No. 8 Analy (6-7) (NR)…You knew sooner or later they would be back.  How long they stay depends on a big week with home games against Piner and Elsie Allen.
No. 9 Ukiah (7-5)(8)…Two losses to ranked teams not a great start to league play.  Tough loss at Windsor started the week off.
No. 10 Willits (10-2) (9)…Lost a winnable game against Cloverdale.  Will get another shot against them at home.  That is not until February though.
POWER RANKINGS
No. 1 (1) Cardinal Newman
No. 2 (2) Montgomery
No. 3 (6) Piner
No. 4 (5) Casa Grande
No. 5 (4) Cloverdale
No. 6 (3) Windsor
No. 7 (10) Ukiah
No. 8(7) Elsie Allen
No. 9 (8) Middletown
No. 10 (NR) Analy

PLAYER OF THE WEEK
Clayton Andrews (Maria Carrillo)…Maria Carrillo got off to a tough start, but things are getting better and Andrews is one of the reasons.  He had two 30 point games including a season high 36 against Maria Carrillo.  He combined for nine 3 pointers in the two games.  He has hit the 20 point mark in four of the last five games.


MAX PREPS
This is a feature dedicated to the coaches and schools that take time to post it stats each week. We will do a couple Boys each week.
Malcolm Jenkins, Analy…averages 17.5 a game.  Had a streak of nine straight double figure games snapped Friday against Petaluma, the high was 29 against Maria Carrillo.
Connor Rubatino, Cardinal Newman…His 23 point game against Rancho Cotate on Friday gives him a 20.0 average for the season.  His high game was 28 against Montgomery.
Hoke Wickard, Lower Lake…The freshman is averaging 13.7 points a game. He has been in double figures in six straight games.  He scored a season equaling high 18 points including the game winner in a 61-58 over Clear Lake.
Girls will be posted on the Girls Ranking Page.
My email address is jacpasquini@comcast.net