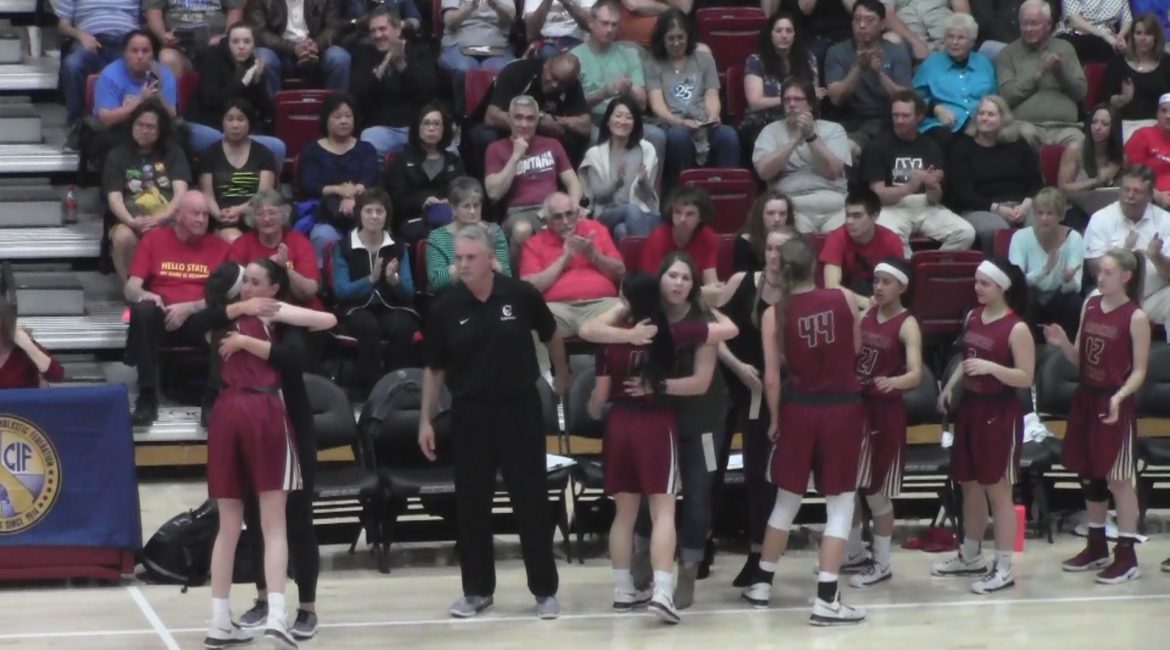 Cardinal Newman’s terrific postseason run came to an end Saturday night at Santa Clara’s Leavy Center as they fell to the top team in the country, Archbishop Mitty 78-54.


The game started out pretty evenly matched. Newman held stride for stride and even took a 13-9 lead in the first quarter. Avery Cargill would get to the line for four points and Maiya Flores hit a three to give them the lead. Mitty would come back and take a 16-13 lead after one.
The Monarchs turned up the pressure defensively and forced Cardinal Newman to turn the ball over and which lead to easy Mitty baskets. They held Newman to just 7 points in the period compared to Mitty’s 25. Madeline Holland had a big game for the Monarchs, hitting shots from all over the floor. Haley Jones was also hitting from the outside, and that lead to Archbishop Mitty building an insurmountable lead at the half.
There were bright spots in the second half for Newman. Tal Webb had a good night shooting the ball. Maiya Flores would hit another three on her way to 12 points. Lauren Walker had three straight three point plays. She would finish her last high school game with 19 points.
A touching moment at the end of the game saw Monica Mertle pull her seniors for a final time in front of a standing ovation from the Newman faithful. Mertle and Hailey Vice-Neat embraced as the final seconds went off the clock in one of the most memorable and storied seasons of local basketball in Sonoma County history.

Let’s recap the past year for the Lady Cardinals. Expectations were high as the defending CIF D4 State Champions, but no one knew how they could top it. They breezed through non league scheduling, losing just two games along the way. Another breeze was the North Bay League, in which they beat teams by an average of 35 points. A NBL Tournament title solidified their regular season. A first round bye in NCS play, and wins by 39, 40, and 31 brought them the school’s first ever NCS Girls Basketball Championship. The Cardinals were hoping for an Open Division berth, and they got it, receiving a 7 seed in a loaded bracket. They went on the road to Carondelet, the 2 seed and beat them 48-47, shocking the entire region of Northern California, except for the Lady Cardinals. Another close win at Pinewood, 59-57 got them to the Open Division NorCal title game. Although they did lose, it came with many accomplishments. No team from the North Bay has played in the Open Division playoffs, and they won TWO games in the Open Bracket. Congratulations Lady Cardinals on a fantastic season.
To see more articles and info, follow me on Twitter @Mikebault
Share
Copyright (c) 2016 Splash.
Theme by StylemixThemes.