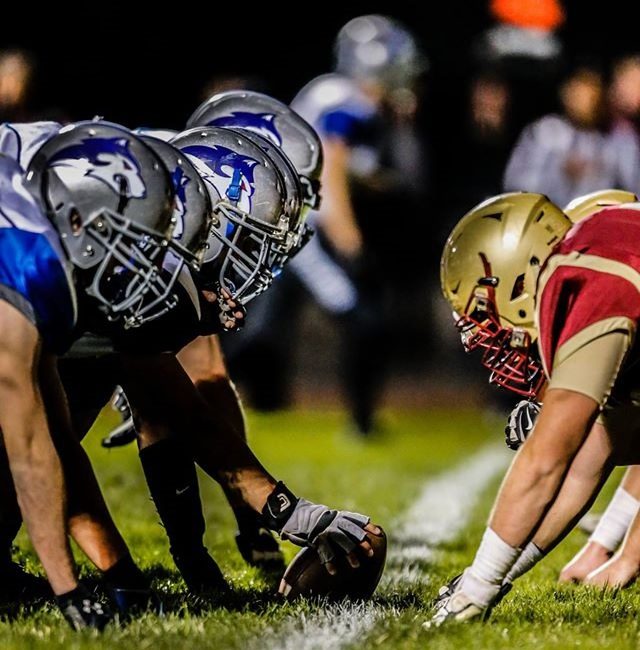 The North Coast Section Division 4 Semi-Final games didn’t exactly play out to the script, but the bracket did, so as expected, since the announcement was made that they would move to Division 4, Marin Catholic will meet Cardinal Newman for the Section Championship.
That is after a scary semi-final for both teams, who had to rally from two scores down to advance. On the suspense scale, Cardinal Newman wins that going away. Marin Catholic was behind 13-0 in the first quarter, took the lead by halftime before holding off Moreau Catholic 31-27.


There was no holding on to anything by Cardinal Newman. They pulled off what was close to a football miracle, rallying from 14 down with 6:19 left to defeat Fortuna 43-42.
It depends on what side you are on. This is considered highway robbery or a gutsy comeback.
Maybe it is a little of both.
The only other lead Cardinal Newman had besides the final, was 7-0. After that, Fortuna pretty much did what they wanted, especially on offense. No local team moved the ball on Cardinal Newman the way Fortuna did. They established a 14 point lead by halftime and every time Cardinal Newman would score to get close, Fortuna would answer.
A 14 yard run by Ben Flackus gave Fortuna a 42-28 lead with 6:19 to go in the game. But as had been the pattern of this game, Cardinal Newman answered back. Michael Ortola scored his third touchdown of the game with 5:06 left to get Cardinal Newman back within one score. Then Cardinal Newman made an interesting decision going for two, which Ortola ran in the cut the lead to 42-36.
But Cardinal Newman needed something that didn’t seem very likely in this game and that was a stop. But the defense came through, forcing the first punt of the game and setting up the final drive.
Cardinal Newman took over on their own 45 with 3:23 left.  It was wrapped up on Ortola’s fourth touchdown of the game, a 24 yard run and the extra point by Jack Murray gave Cardinal Newman the 43-42 lead with just under two minutes left.
Cardinal Newman’s defense still had to make one more stop. They had one advantage in this situation. Most of the Fortuna offense had been a solid running game. There wasn’t time for that and Fortuna was forced to throw. The last pass was intercepted by Damian Wallace with 1:19 left to put the game away.
Fortuna had taken control of the game, or appeared to, with three straight scores, which gave them a 28-14 lead with 5:48 left in the first half. After that it was back and forth, as neither team could stop the other.
For Cardinal Newman when Ortola wasn’t scoring, Jordan Brookshire was. He had two touchdowns, scoring them both in the first half. Ortola scored all three of Cardinal Newman’s second half touchdowns.
Three different players scored twice for Fortuna, whose school record season ends with its first loss in thirteen games.
So after some heavy breathing, the showdown for the NCS Division 4 championship is set.
NCS DIVISION 4 CHAMPIONSHIP GAME
Saturday December 5TH
No. 1 Marin Catholic (11-1) vs. No. 2 Cardinal Newman (11-2)
AT RANCHO COTATE HIGH SCHOOL
My email address is jacpasquini@comcast.net
Follow me at twitter @homer2612
Share