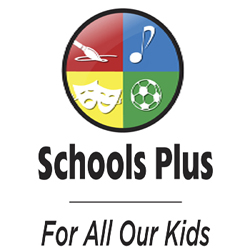 Just the mention of Cardinal Newman-Montgomery and you think of tight down to the wire basketball games.   The Girls part of the rivalry took to the court on Saturday night and lived up to the tradition of close games.  Hailey Vice-Neat hit a 17 footer with :07 left and then Cardinal Newman held its breath as Montgomery had a shot at the buzzer that wasn’t close to give them a 32-31 win and keep them if a first place tie with Santa Rosa in the NBL race.

The game wasn’t a thing of beauty as the teams combined for thirty six turnovers.   When a turnover didn’t happen (and most of the time the turnover seemed to be a travel), it seemed like a foul was called.  What it lacked in beauty was more than made it for by how hard the teams went at it.

It was a game of streaks with the streaks taking a little longer than in most games.  For example, it took Montgomery over three minutes to get on the scoreboard.  A three point shot by Madison Norby was the first points for the Vikings and started 14-3 run which made it a 14-7 game two minutes into the second quarter, which was the biggest difference of the game.  Norby hit her only three point field goals during the run on her way to a team high 14 points.

Cardinal Newman followed that up with a seven point run, the last on a bank shot three pointer by Kylie Kiech to make it a 14-14 game.  Kiech was the Cardinals leading scorer with 15 points.  The three pointer that tied the game came with 4:30 left in the half.  There was only three points the rest of the quarter, as Montgomery took a 16-15 halftime lead.

The second half was when the foul fest began.  Both teams were in the bonus with six minutes left and in the double bonus three minutes later.

The last two were by Norby, with 1:07, left which gave Montgomery a 31-30 lead.  After a stop, Montgomery missed a three pointer which set up the final sequence.

Cardinal Newman has won six straight and is 12-5 on the season and is facing a big week.   The No. 3 team in the YSN365.com rankings, has a home game against No. 2 Windsor on Wednesday and then on Friday goes to No. 1 Santa Rosa.

Cardinal Newman goes into the big week in a first place tie with Santa Rosa in the NBL race.

Santa Rosa had its roughest league game before pulling away and taking 59-39 win over Ukiah.

You can take the term rough in a couple of different ways and in this game it appears you can take it both ways.

I was at the Cardinal Newman-Montgomery game, so not being able to be in two places at once, I obviously wasn’t in Ukiah.  I do have a contact who updates me with scores and after texting me the final score and another text right after that said, “nobody was killed”.

Later a player posted on her facebook page, “Pushed through terrible reffing and some hard fouls from the other team”

Turns out for the first time of his career Santa Rosa Coach Steve Chisholm was tossed from the game for what he said for sticking up with his players.   He plans on filing a formal complaint about how the game was officiated.

As for the game itself, Morgan Bertsch scored 16 points and three others scored at least nine points.  There were no double-doubles in this game.  The closest belonged to Katie Daly who had 10 points and had eight steals and assists.  Bertsch had six rebounds along with six blocks.

Santa Rosa, who is 15-1 on the season, hosts No. 5 Casa Grande on Wednesday.  Because of the ejection, Chisholm will have to sit out that game.

So on Wednesday, four of the top five ranked teams in the YSN365.com rankings meet.   Then on Friday, Cardinal Newman is at Santa Rosa, at the moment the last two undefeated teams in the NBL Girl race.

A goal for most teams is to improve as the season goes on.  It looks like the No. 4 Analy Boys Basketball team got the memo.

On Saturday night, Analy got a nice win that will help come playoff time edging a Vanden, who is a fellow NCS Division 3 team, 59-56.

Malcolm Jenkins had a season high 29 points to lead the way.

Analy, who is 5-0 and the only undefeated team left in SCL play, has won seven of eight after a 5-5 start.

The Tigers are next in action on Thursday, when they travel to Sonoma Valley.

I have been a sports fan as long as I can remember.  My biggest passion is the San Francisco 49ers.

It has been a long time since I have look forward to a game more than the one today.  I have been posting the hour countdown on my facebook page.  I think the last game that I have looked forward to as much was “The Catch” game 32 years ago.

I am happy that the NFC game is the second one of the day.  I can enjoy that other game and nervously wait for the NFC game.  If it was the other way, I might be too disappointed to watch that second game.

If I was betting on the games I would take the points in each game because I think they will be that close.

The AFC game will probably have more points by halftime than the NFC will have the whole game.

I have no rooting interest in the AFC game, except for a good game and to get me to the NFC game.

History has habit of repeating itself and in the Brady-Manning duels, that seems to be the case over and over, so give the slight edge to New England.

Here is hoping that recent history on what has happened to the 49ers in Seattle doesn’t repeat itself.

My email address at jacpasquini@comcast.net