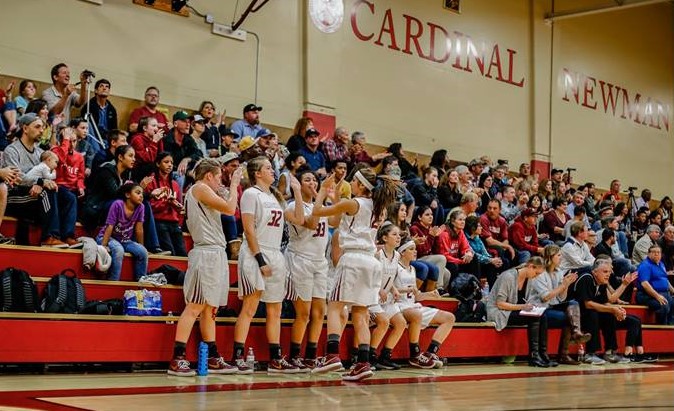 On December 1st the Salesian Girls defeated Middletown 82-37. Yes that is the same Middletown team that at one time this season was the YSN365.com’s No. 2 ranked team and ended up tied for NCL I championship.
The result wasn’t surprising and taken as normal stuff. It was Salesian being Salesian.


Salesian meets the Cardinal Newman Girls in the NCS Division 4 Championship game. The game is this afternoon at 5 pm at Albany High School.
This has turned into normal stuff for the Salesian Girls basketball program. They are 25-5 on the season. In only one season since 2010 have they won less than 25 games. That was in 2011 when they finished 24-6. During that time they had thirty win seasons twice and have an overall record of 167-35. This is the fifth straight season they are in this game and they have been to the state championship game three times, where they lost all three. This is part of that 167-35 record.
This part of the season is turning into part of their schedule.
They don’t get the 25-5 season because they play lightweights. The five losses are to teams with a combined record of 123-15 and nine of the fifteen losses were by one team. Three of those teams are in the top twenty nationally in the power rankings and two of those are undefeated. One of the undefeated teams is St. Mary’s of Stockton who is 26-0, the defending State Open Division champions and favorite to win it again this year. They are No. 1 in the power rankings in the nation. The final score in that game was 83-78 in overtime.
Salesian also plays in one of the toughest leagues in the state. It is the Tri-County Rock League and this championship game, in this Division, has been between two teams in this league the last five seasons. The last four years it has been Salesian and St. Mary’s. St.Mary’s, the school Cardinal Newman defeated in the semi-final, has won five of the last seven section championships. Salesian has won the other two, including last season. Add to it another team, St. Joseph Notre Dame, is a power house in Division 5. At the same time as the Salesian-Cardinal Newman game, they are playing in the Division 5 championship game at Dublin High School. They have also won two of the last five Division 5 Championships.

Cardinal Newman has dominated the local scene the last two seasons. Other teams locally have dominated the area, not quite as much as Cardinal Newman has, but dominated anyway. The local domination doesn’t usually lead to a North Coast Section championship.
Cardinal Newman takes its shot today.
We started this article with Middletown and that is where we will end it. They were the No. 7 seed in this bracket and advanced to the semi-final where they lost to Cardinal Newman 63-22. Not much of a difference from the season starting game with Salesian, except for the three months between games.
NOTE: A FREE rooters bus for all fans will be leaving the Newman Gym parking lot at 3:15.