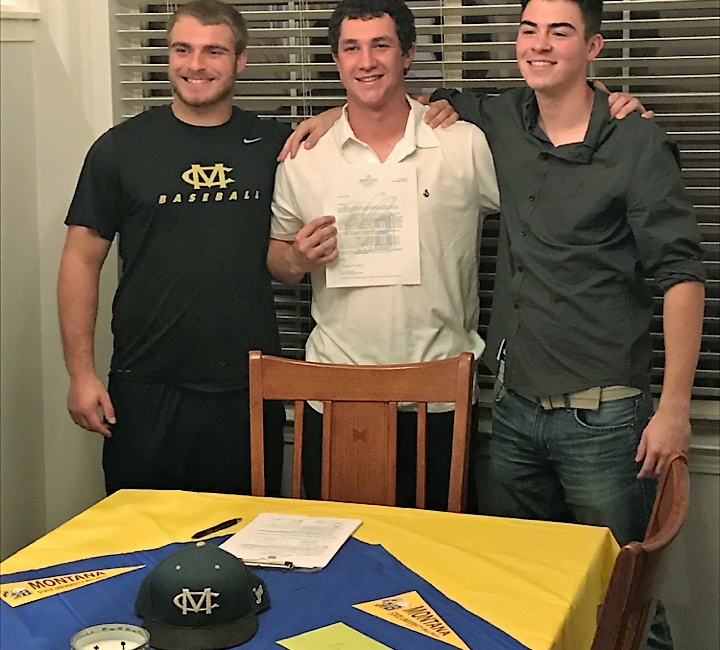 Davecox
BILLINGS, Mont. – Seven players signed early letters of intent to join the Montana State University Billings baseball team for the 2018-19 academic year, announced Yellowjacket head coach Aaron Sutton on Monday.
The class features four players from Montana, and players from Colorado and California as well. Six of the seven will be true freshmen next year, with one junior-college transfer being added to the mix.
“This early signing period was a successful one for the Yellowjackets,” said Coach Sutton, who is in his second year piloting the baseball team. “We are very excited about the future of these young men and their addition to MSUB. Each player brings depth and the opportunity to be an immediate-impact guy. They have really helped us identify some needs for the following year, and we know these guys are hungry to get to work. What really impressed our coaching staff the most was the maturity throughout the recruiting process. In this program, we don’t just recruit the player, but the entire family as well. We know we are adding seven outstanding groups to the Yellowjacket Family moving forward.”

Brian Orr
Santa Rosa, California
Maria Carrillo High School
6’1″ – Infielder/Outfielder
Intended Major: UndecidedOrr will win his fourth letter in baseball in the spring of 2018 at Maria Carrillo High School. Playing primarily as a left-side infielder, Orr was an all-North Bay League selection in 2017 after batting .308. He is a four-time NCS Scholar Athlete Award winner, and is a member of the National Honor Society. Orr was also a member of the Norcal/Northwest NTIS team that competed in Cary, N.C.Coach Sutton on Orr: “Brian brings a special type of bat speed to this class. The big right-handed bat can be electric at times, and will develop into a true threat in our lineup. Brian has also played a lot of baseball at a high level, and his experience will translate to the next level here at MSUB. His true position is shortstop, but he has shown the ability to play a corner infield and outfield spot. That versatility is what really caught our attention, as he can add an offensive threat to our team anywhere on the field.”
Orr on choosing MSUB: “I chose MSUB because I wanted to be a part of the culture that the coaching staff and players are creating, while earning a degree from a great university. I cannot wait to explore Montana and enjoy the outdoors.”
2018-19 MSUB Baseball Recruiting Class
Share
Copyright (c) 2016 Splash.
Theme by StylemixThemes.