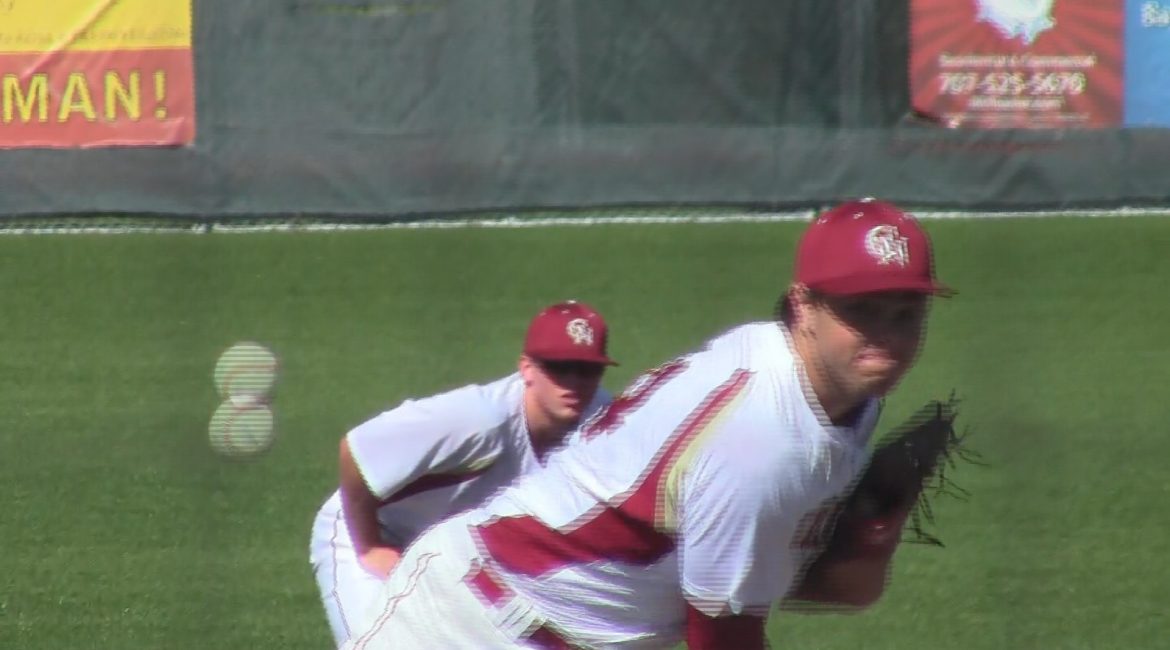 Okay we are not going to make a big deal about No. 1 Casa Grande and its 8-0 league record, with all eight wins by one run.

Yes the latest was another one run win, when they scored two runs in the third on an error and they held on to defeat Maria Carrillo 2-1.

The big news of the day, because of the results of the other games, Casa Grande is in complete control of the North Bay League baseball race with a three game lead with six to go.

Matt Becker and Anthony Bender combined to limit Maria Carrillo to seven hits.  Becker raises his record to 3-0 and drops his ERA to 1.50.   Bender picks up his second save.

It isn’t much of a secret on how balance the NBL is this season.  Casa Grande has gone clear of things and are looking good to win the NBL championship in its first year in the league.    How tight the Casa Grande wins have been who knows how fast things can turn around.  If you are an odds kind of person, you have to think the odds have to be that sooner or later things are going to catch up with them.

But for now they are looking good.

What is behind them is a mess.  There are four teams between second and fifth place one game apart, with three of the teams tied for second.

Going into Friday two teams were tied for second and in range of Casa Grande only two games out.  Both teams were defeated.

One was Montgomery, who ended a tough week which started with a 1-0 loss to Casa Grande in a game where a win would have put them into a first place tie.    They followed that up with a 6-2 loss to Cardinal Newman.

James Procter and Corey Hammell combined to hold Montgomery to six hits.  Procter went the first 4 1/3 to pick up his fourth win and Hammell finished it off to pick up his first save.

Montgomery scored first to take a 1-0 lead in the top of the third.  Cardinal Newman tied the game on an RBI single by Ricky Clark in the bottom of the inning.

Two innings later the game was pretty much decided, with Cardinal Newman scoring five runs after two were out.  The first two was on a two run triple by Jeff Rebello that broke the 1-1 tie in the fourth and gave Cardinal Newman the lead for good.  Rebello was one of three Cardinal Newman players with two hits, which was part of a ten hit attack.

The win moves Cardinal Newman into the three way tie for second with Montgomery and Rancho Cotate.

Rancho Cotate was shut out by Ukiah 3-0, who got its first league win on Wednesday.  Jeff Piver raised his record to 4-2 by pitching his fifth complete game of the season, holding Rancho Cotate to two hits and striking out a season high ten.

Ukiah scored all its runs in the fourth, the big hit a two run double by Russell Pinnegar.

So now Cardinal Newman, Montgomery and Rancho Cotate are all tied for second place, one game ahead of Maria Carrillo.

In the other NBL game, Windsor held off Santa Rosa 8-7.  This was a pitching duel for five innings with Santa Rosa leading 2-1.  Ukiah scored four in the sixth and three in the seventh then had to hold on as Santa Rosa scored five in the bottom of the seventh.

To go back to Casa Grande for a moment, they have scored 21 runs in its eight league games, which is the second lowest amount in league play.  Only Ukiah, who has scored 18, has scored less.

Yet here they are 8-0 and well in control of the league race.

No. 2 Analy doesn’t have as big of lead as Casa Grande does, but they are well in control.   They start the second half by going on the road and defeating Sonoma Valley 4-1.

Analy is 7-0 and has a two game lead over Piner and Petaluma in the SCL race.

Joaquin Mechler-Pacheco’s two run single gave Analy some insurance runs as they went into the seventh inning with a 2-1 lead.   Garrett Hill got the win to raise his record to 7-0.

Petaluma can join Piner at 5-2 if they can win a home game with Healdsburg this morning (Saturday).

The SRJC baseball season is coming down to its final four games in its attempt to win the Big 8 baseball championship.  They have a one game lead over Sierra with four games left.

SRJC finishes at three game series at San Joaquin Delta this afternoon.  SRJC has lost the first two games of the series which is its first two game losing streak of the season.

Sierra finishes its three game series when it host American River.   Those two teams have split the first two games of its series trading wins on the road.

San Joaquin Delta mean while still has an outside chance at the league title and expects to be in the state playoffs along with SRJC and Sierra.