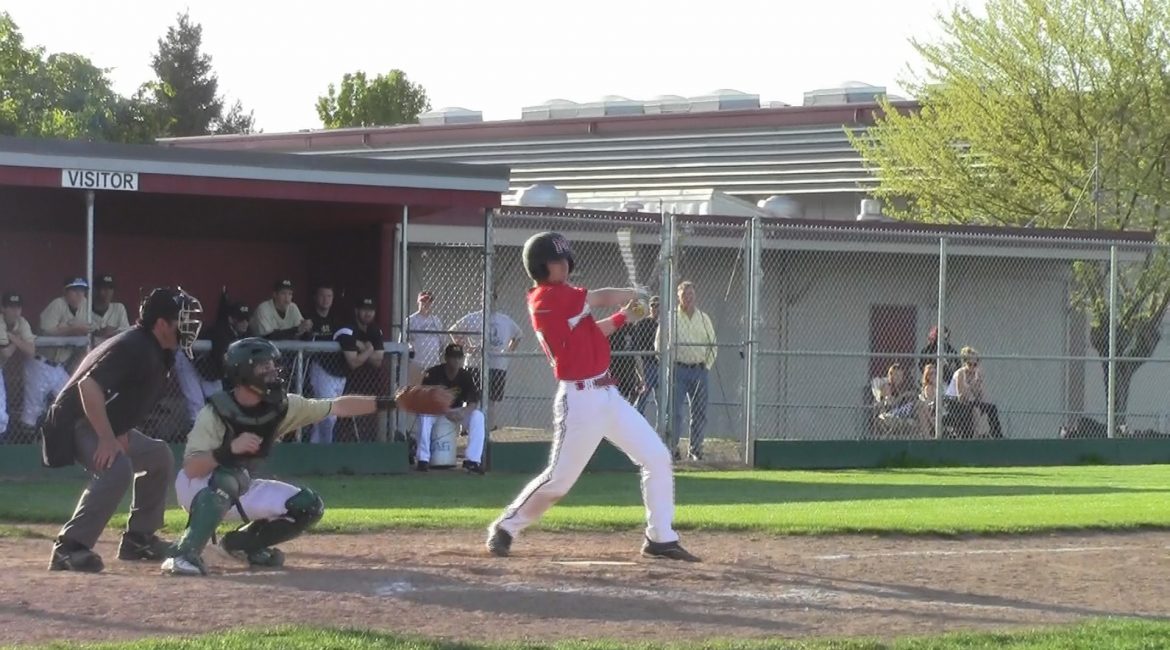 If record books were kept at the high school level like they do at the pros and major college level, the guess here is that the North Bay League would be rewriting a big portion of its on closeness of games.

On Friday the league outdid itself.

Four games, all decided by one run game, two of them going extra innings.

That includes the king of the one run game Casa Grande who made it six straight one run win and made it fifteen overall by holding off Cardinal Newman 2-1.

The way games have gone for Casa Grande this season, this was a walk in the park.  They took the lead in the second and actually had a two run lead, which equals its biggest lead in league play.

But it the end it had its suspense.  Cardinal Newman left runners at second and third in the fifth, had a runner at second with one out in the sixth and a runner was thrown out at third to end the game.

This would have been a hard one for Casa Grande to swallow had they not held on.  They had base runners all over the place, leaving 11 men on base and having a runner thrown out at the plate.

Despite all of that, the first run in the second inning came from nowhere.   Cardinal Newman starter James Procter retired the first five batters he faced, striking out three.    With two outs Zack Shimek, Charlie Parnow and Lungaker Casey each singled to give Casa Grande a 1-0 lead.  In the inning they left their first two runners on base and it would start of series of near misses to break the game wide open.

They had the bases loaded and one out in the fourth and the power part of its order.

Zak Faber came into pitch for Cardinal Newman.  He actually came in the batter before with a 3-1 count and finished the walk which loaded the bases.   Faber then struck out Francis Christy and then got Richard Lile to fly out to end the inning.  Christy leads Casa Grande in most offensive categories including a .426 batting average and has hit all five of the team’s homers.

Then in the fifth after they scored what turned out to be the winning run, they had the bases loaded with one out when Longaker Casey lifted a fly ball to right field.   Alex Roeser made the routine catch.  Nate Bills tried to score and was thrown out at the plate from Roeser to first baseman Jake Popoff to home.

Anthony Bender had started that inning with a double and scored on a Parnow single.  That was part of a complete game for Bender.  Complete the key word, as in only his second start of the season he pitched his first complete game and raises his record to 5-0.

Bender did give up his first earned run of the season in the fifth to cut the lead to 2-1.  Mitchell Wilhelmson grounded out scored Austin Calos who led off the inning with a double.  That was an inning that Cardinal Newman had the bases loaded and one out and only got the run.

In the sixth the Cardinals had a runner and second with one out and couldn’t come up with the big hit and then in the seventh they against had a runner at second with one out when Jeff Rebello hit a pop foul that Nate Bills went down the line to make the catch.   The runner at second tried to advance to third and was thrown out for the last out of the game.

Casa Grande keeps its one game lead in the NBL race, while Cardinal Newman falls two games back.  The race reaches the halfway point on Wednesday with Casa Grande hosting Montgomery who is one game back.

Montgomery stayed one game back with another comeback victory.  They fell behind 3-0 in the first and rallied for a 6-5 eight inning win over Maria Carrillo.   Four of its five league wins has been by one run and they scored this game winner on a balk.  That was after Maria Carrillo had tied the game with a two run seventh to force extra innings.

The video of the game is posted here at YSN365.com

Rancho Cotate also stays two games back by rallying to beat Santa Rosa 3-2 in a game that also went eight innings.  Rancho Cotate trailed 2-0 and then scored a run in the sixth, seventh and eighth to take the when.

Santa Rosa is now 1-5 in league.   They have been on the other end of the one run fest.  Three of the five league losses have been by one run, two of them in extra innings.

In the other one run game, Windsor held off Ukiah 4-3.  The game was between the last two winless teams in NBL play.