Casa Grande No. 1 in Two Places 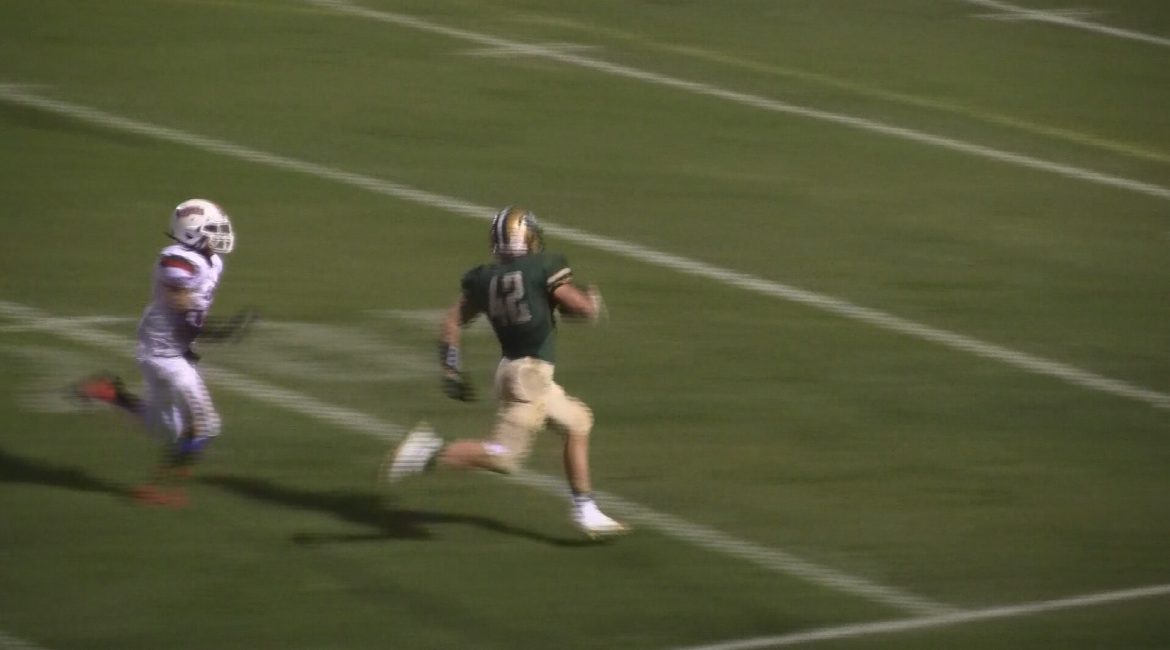 There are three weeks to go in the regular season for most teams.  League titles are still to be decided, some can be decided this week.

Here is a look at how things are shaping up for the local teams.  There is always a maybe to go with this information, which is mostly internet generated and not official.  It will give you an idea where the teams stand as far as NCS playoffs go.

The cutoff between Division 1 and Division 2 is 2,000 students.  According the NCS website Santa Rosa is at 2,027, which makes then the only local Division 1 team in the area.   The Panthers have qualified with its 1-1 record against the two Division 1 schools on the schedule.   They are 0-3 vs. Division 2 teams.

Division 1 doesn’t look like it will have a full sixteen teams, so if Santa Rosa wants to go, they will go.

Are they a playoff worthy team?

In any other sports world, no.  In the High School world, in every sport, teams that you would not think of as a playoff team, still make the playoffs.

The results of the playoff games are predictable for the most part.

The best example of that was in the 2010 Division 5 Football playoffs.    Six teams qualified, including Upper Lake who was 1-9 on the season.   Upper Lake qualified because they were 1-1 against Division 5 schools.

It might be worse for Santa Rosa, who would have to travel to meet one of the top seeds in the Division.  De La Salle will be the No. 1 seed.    Deer Valley is fighting for a No. 2 seed.  Santa Rosa played them earlier in the season and lost 50-16.

Clayton Valley went into the playoffs with one loss, which was a “good” loss to Division 1 power Pittsburg (yes that is the same school that Analy beat to start 2013).

Clayton Valley was given the No. 1 seed, which gave them home field area when the two teams met in the NCS Championship game.

We are heading in that direction again.

Clayton Valley has one loss and that is an even better “good” loss.  It was in the opening game to De La Salle 34-14.  It is the second closest game of the season for De La Salle.

Clayton Valley finishes the season against Concord and Northgate who are both 6-1 (Northgate’s lone loss was to Concord 30-28 last week) and will be in the Division 2 playoffs.

If Clayton Valley wins out it is a safe bet that they will get the No. 1 seed, no matter what Casa Grande does.  You can chalk that up to East Bay Bias, which how the playoffs have gone over the past few seasons, they have probably earned.

If Clayton Valley does win out it wouldn’t be bad news for other Division 2 teams.

Northgate and Concord look like they will be hosting first round games.  Montgomery is also looking good for that and in the power ratings is battling Northgate for a round two home game.  In the latest power rankings, Northgate is No. 4, Montgomery is No. 5 and Concord is No. 6.  If that was the playoff seedings, that would set up a Round 2 game with Montgomery at Northgate.

Windsor and Maria Carrillo are bubble teams for a first round home game.  They still have some work to do to be eligible for the playoffs period.

Windsor needs one more win and ends the season with Cardinal Newman, Casa Grande and Montgomery.

Maria Carrillo needs a 2-1 finish and ends the season with Rancho Cotate, Montgomery and Ukiah.

Rancho Cotate is 3-2 against Division 2 teams and has one left against Maria Carrillo this week ,so they have qualifed and would probably have to finish 3-0 to get a first round home game.

This power pack Division is just as power packed as last season, maybe even more.

Analy and Cardinal Newman will be in the Division 3 playoffs and if you go by the power rankings, are battling for a home game in the second round of the playoffs against each other.

Sonoma Valley became eligible for the playoffs with the win over Healdsburg on Friday.   They will probably be traveling for the playoffs, but could be seeded high enough to miss out a first round date with one of the power teams.

Petaluma ends the season against Analy and Sonoma Valley.  They need a split to qualify for the NCS playoffs.  If they do qualify, they would be right in the firing range of one of the power teams.

In this Division the SCL and NCL I worlds collides.

Piner is at Healdsburg this week and the winner will become eligible for the NCS playoffs.  It could also be a game for a home round one game.  The remaining schedule is favorable, so even the loser should become eligible.

KEY AUTOBODY GAME OF THE WEEK

Two NCL I teams, St. Helena and Fort Bragg are eligible and should get in.  St. Helena is looking good for a first round home game.

By the way, St. Helena and Fort Bragg are a combined 20 students to many to be in Division 5.

Piner gets the award for cutting it close in a good way.    If Piner had one more student, they would be in Division 3.

Kelseyville is a bubble team and needs to win two of three to become eligible.    They end the season against two Division 4 teams, who have a combined record of 2-12.

El Molino is in the Santa Rosa situation of having a chance to qualify because of who they have beaten.   They are 1-1 vs. Division 4 teams and have two left so if they split those games they are eligible.  The two games are against Piner and Healdsburg.

Lower Lake also has a mathematical chance to qualify. They need to go 3-0 to finish 5-5 and end the season against Middletown.

Speaking of Middletown, the opening game forfeit or not, if they win out it looks like they will be the No. 1 seed.   They are on the right side of the Division cutoff.  If they had four more students they would be a Division 4 school, where they still would be a No. 2 seed.

The interesting thing about the forfeit against Salesian, is that it the only game against Division 5 by either team.  That doesn’t have a major impact on Middletown, but if the forfeit changes could have for Salesian.

Salesian hasn’t qualified for the playoffs.  With the forfeit win they are 3-4 overall and 1-0 vs. the Division.  Another ruling is still pending for the forfeit win, but if it is reversed, Salesian, who has won two of the last three NCS Division 4 championships, maybe not even qualify for the playoffs.  Salesian does end the season against two Division 5 teams that have a combined record of 5-9.

Calistoga doesn’t have those worries; they have qualified and could be as high as a No. 2 seed.  Their schedule could cost them that though, but they should be high enough to have two home playoff games.

St. Vincent is one win away from becoming playoff eligible and still has a chance for the NCL II/Bay Football title.  They have one league loss and end the season with a home game against undefeated Calistoga.

The rest of the Divisions can have up to sixteen teams, Division 5 limit is eight.  There will be eligible teams not invited to the party.

No. 1 Casa Grande (7-0)…(Last Week No. 1)…One of the few times this season that they needed to make some plays in the fourth quarter and came through big time.

No. 2 Analy (7-1)…(2)…Not sure if the march through the SCL is going to help them seeding or preparation wise for the NCS playoffs, but we are looking at a record season.

No. 3 Montgomery (6-1)…(3)…Took a step back in time to the last few seasons against Ukiah, but survived.

No. 4 Cardinal Newman (5-2)…(4)…Scared the fan base the way they started.  Second time this season a Kevin Lucey kickoff return changed a game.

No. 5 Middletown (6-1)…(5)…Dominating NCL I almost as much as Analy is dominating SCL

No. 8 St. Helena (5-2)…(NR)…Gave Middletown its toughest league test of the season.  Most years they would be contender in NCL I race.

No. 9 Rancho Cotate (4-3)…(7)…Gave Casa Grande all they could handle before running out of gas in the fourth quarter.