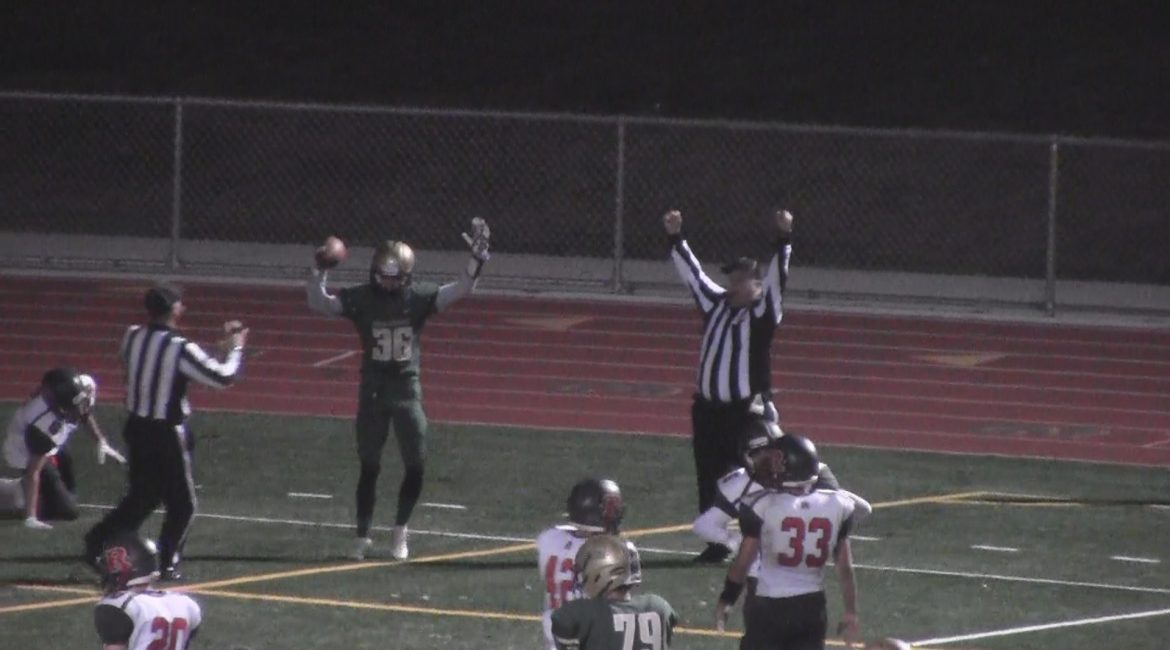 NCS Division 2 playoffs kicked off in Petaluma as the #8 seeded Gauchos hosted the #9 seeded Redwood Giants in a classic matchup of similar run-and-gun style offenses. However, Casa Grande would have no answer for the Giants’ unstoppable running-back Nick Calzaretta, who stole the show in a 56-14 thumping of the Gauchos.


After a Redwood 4th down conversion to keep the opening drive alive, Calzaretta would find a seam and scamper 27 yards and into the endzone. Casa countered with big Kenneth Fitzgerald, as he shoved off multiple tackles and bullied his way in for the 13-yard score. On the Giants’ next possession, Trevor Foehr took the snap, faked the handoff left, rolled back out to the right, and completed a pass to Alex Wilson, who tried to beat his man to the outside and reached the ball over the goal-line. At the end of the first quarter, it was 14-7 Giants.
It was the 2nd quarter where Nick Calzaretta began to assert his dominance, taking the handoff and blasting through the entire Casa defense for a 53-yard run and down deep in the redzone. He then evaded a diving defender on the following play on his way in for the score. The Gaucho punter mishandled the punt on the ensuing drive, tried to scramble, but was sacked deep in their own territory; a cataclysmic turnover at that point in the game. Calzaretta then ran it in again for another touchdown.

Nearing the end of the first half, Calzaretta would carry the ball and weave his way behind blocking before speeding past everybody and to the house; a huge 53-yard TD run. Back-to-back-to-back touchdowns for the senior prospect as he made it all look so easy, extending the lead to 35-7.
Casa’s Trevor Naugle hauled in a pass on a crossing route up the middle and rumbled for an impressive 30-yard catch-and-run. Then quarterback Frank Gawronski lofted a 12-yard fade pass to Dulio Froes who fought off his defender and snatched the ball right over him. That would make it a 41-14 Giants lead with 8:42 in the 3rd.
But Redwood would keep their foot on the gas for all 48 minutes despite already being up big. The Giants would run away with the ball-game behind a Trevor Foehr 1-yard quarterback keeper for a score, along with another Calzaretta TD run. Besides the one early touchdown, Casa’s offense was essentially shut down in the 2nd half and unable to get much going, as the Giants secondary would intercept the Casa quarterbacks four times in that span. The home fans really did not have much to cheer about.
Redwood erupted for a staggering 512 yards of total offense, more than half of which were accumulated by the workhorse Calzaretta (27-354) on the ground, to accompany his five touchdowns. He will lead his Giants up against #1 seeded Campolindo in the next round.
Share
Copyright (c) 2016 Splash.
Theme by StylemixThemes.