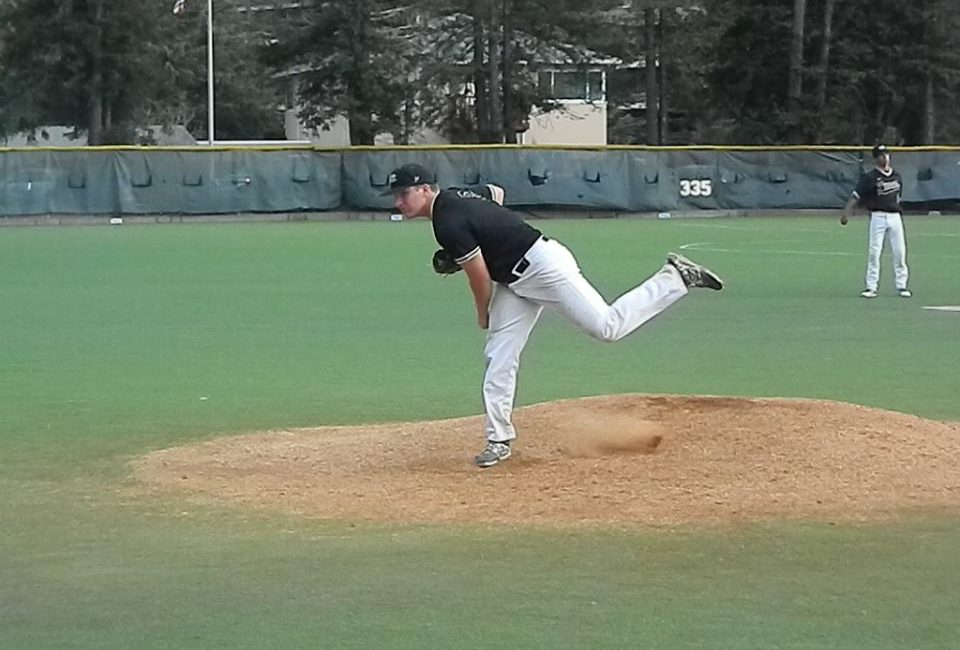 For a brief time on Wednesday it looked like the North Bay League baseball race was headed for tight crazy finish.  In a game between the top two teams in the YSN365.com rankings, No. 2 Cardinal Newman started things off with a three run first. It was the most runs that No. 1 Casa Grande had allowed in any league game, since its opening 4-2 loss to Maria Carrillo in a game that started league play nearly two months ago.
Casa Grande didn’t take long to respond, scoring four runs in the second, and went on to take an 8-3 win.  The win assured Casa Grande its second NBL championship pennant in three years, as they clinch a tie for first place, taking a one game lead over Maria Carrillo going into the Friday finale.
Cardinal Newman had three hits in the games. They had two of them after three batters.  The second was an RBI double by Colin Imm.  That was the big hit of the first, which gave Cardinal Newman the early 3-0 lead.
Cardinal Newman was behind before getting out of the second by giving up four unearned runs.  Two of the first three batters reached on errors to help load the bases with no outs.  Casa Grande took advantage of the chance.  After a ground ball brought in run one, Brian Hupke drove in run number two with a solid single to right.  Leadoff hitter Tyler Moore really made them pay, by hitting a two out-two run double, which gave Casa Grande the lead for good.
The rest of the game belonged to the Guachos pitching, which has shined while moving toward the league pennant.  This time it was Chris Joaquim who went five innings and allowed one hit after the three run first.  Things got a little nerve wracking in the second when the first two runners reached.  He then retired ten of the last twelve he faced, to give the sophomore his seventh win, which is the team high.  Justin Bruihl finished off the last two innings, striking out five and walking two.
By the time Bruihl got into the game, Casa Grande had a nice lead thanks to a three run sixth, which gave them a 7-3 lead.  All three runs were scored after two were out.  The first run scored on a two out error and Hupke made them pay again with a two run single for the four run lead.  The three RBI game gives him 11 on the season.
Casa Grande has sewed up a NBL pennant, but not the No. 1 seed for next week’s NBL post season tournament. No. 3 Maria Carrillo, who held off Rancho Cotate 5-3, can still get that.  That is if they beat Cardinal Newman on Friday and Casa Grande losses to Rancho Cotate.  A win for Casa Grande will give them the No. 1 seed, along with the outright championship.
Casa Grande has won thirteen straight and is 18-5 overall on the season.
My email is jacpasquini@comcast.net