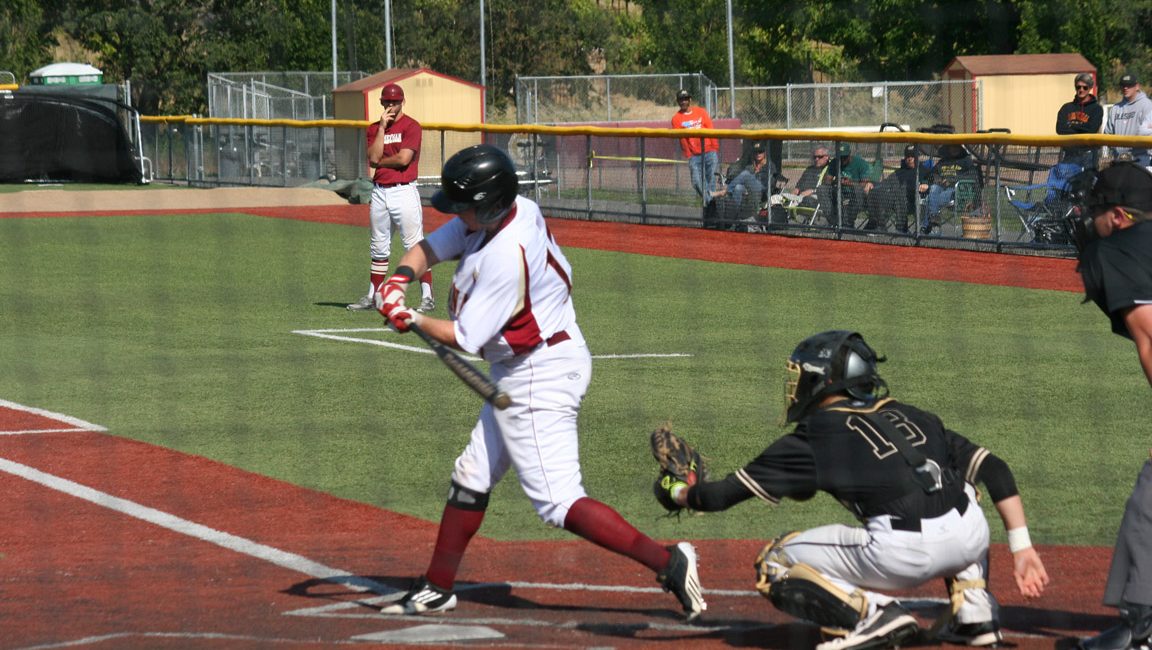 Of the eight leagues that we cover here at YSN365.com (baseball and softball), seven of them will have league championship games over the next three days, that will lead up to the picking for the North Coast Section playoffs which takes place on Sunday.  The only one that isn’t is NCL I baseball, where undefeated Clear Lake is the league champion, and is sitting around waiting for what is expected to be a No. 1 seed in Division 5 when the playoffs are announced.


Actually of all the championship games, only one is deciding a real league championship.  The rest are post-season tournament championship, which there are four of.  Two other leagues are co-championships, which are playing games for the league’s automatic bid into the North Coast Section playoffs.
The only true championship game is Friday at Doyle Park with St. Vincent meeting Sonoma Academy for the NCL II baseball championship.
THURSDAY
SCL BASEBALL
Petaluma at Sonoma Valley at Arnold Field…7 pm
The two teams split during the regular season and also split the league championship.  That makes this game for the league’s automatic bid for the NCS playoffs.
Petaluma advanced on Wednesday with a 2-1 win over Analy.  Sophomore Logan Douglas one out double in the bottom of the seven drove in the game winner.  Hunter Williams went the distance, giving up two hits.  After losing his first three decisions, Williams has won eight straight.
NBL SOFTBALL
Rancho Cotate vs. Ukiah at Santa Rosa High School…4 pm
Ukiah, who is the NBL champions, goes for its 18th straight win.
The two teams split during the regular season.  Rancho Cotate defeated Ukiah 3-0 on March 24th.  That was Ukiah’s last loss.
SCL SOFTBALL
Analy at Petaluma…4 pm
Petaluma went through league play undefeated, which included two wins over Analy.  The wins were by scores of 7-0 and 4-1.
Analy advanced to the championship game on Wednesday with a 6-2 win over Sonoma Valley.  Crystal Gevas has three hits including a RBI single in the fourth that broke a 2-2 tie. Analy scored three in the fifth for insurance.
NCL II
St. Vincent at Calistoga…5 pm
The two teams tied for the NCL II championship and are playing for the league automatic berth. They split the league games in two different types of games. Calistoga won its game with a two run seventh 7-6.  It was the fourth lead change of the game. In the rematch three weeks later, St. Vincent took an 11-1 win.
The win by Calistoga was St. Vincent’s first league loss since 2010.
FRIDAY
NBL BASEBALL
Cardinal Newman vs. Casa Grande at SRJC…4 pm
Both of the first round games were on Wednesday.
Casa Grande advanced with its 15th straight win, a 5-2 win over Ukiah. Sophomore Chris Joaquim went six innings without allowing an earned run to raise his record to 7-2. Brian Hupke had a two run single, which broke a 1-1 tie in the fourth.
The win raises Casa Grande’s record to 20-7. It is the third time in four seasons that the Gauchos have reached the twenty win mark.

Meanwhile Cardinal Newman went ten innings to defeat Maria Carrillo 5-4.  Maria Carrillo was one out away from a 4-2 win.  In fact, Maria Carrillo faced five batters with a chance to end the game and couldn’t close it out.
Then in the tenth, Maria Carrillo had the bases loaded and no outs and didn’t score.  Cardinal Newman then loaded the bases with no outs in the bottom of the inning and won in it on a one out single by Colin Imm.
Cardinal Newman went 3-0 vs. Maria Carrillo and they were all tight games.  In the first one, they scored a run in the first in a 1-0 win. The second one was also extra innings, that one eight innings in a 3-2 win.
During the league season, Casa Grande won both of its games against Cardinal Newman by scores of 8-0 and 8-3.
NCL II BASEBALL
St. Vincent vs. Sonoma Academy at Doyle Park…7 pm
Sonoma Academy won the first game between the two 3-2 in eight innings.  It was the first time in school history that Sonoma Academy defeated St. Vincent.  They would like to add another first, which would be the Coyotes first ever baseball league championship.
Since then Sonoma Academy dropped a game to Rincon Valley Christian.  Both teams are 10-1 in league play. St. Vincent is trying for its sixth straight league championship.
The same scenario played out two years ago with these two teams meeting in the final game of the season tied for first. St. Vincent took an 11-2 win.
SATURDAY
NCL I SOFTBALL
Cloverdale at Clear Lake…4 pm
Another league co-championship and a game for the automatic berth in the NCS playoffs.
Both teams went 13-1 in league play and split, trading home wins. Cloverdale won its game 2-0.  Clear Lake took its game in 2-1 in 13 innings.
Cloverdale pulled into the tie with a 7-2 win over Middletown on Wednesday.  Junior pitcher Teanne Edens struck out 15 and added two homers.  The strikeouts put her over the 200 mark for the season and over 500 for her career.
My email address is jacpasquini@comcast.net
Share