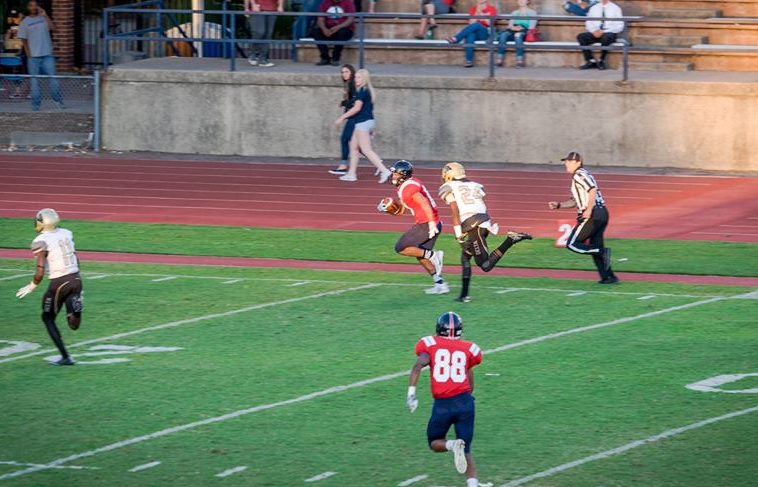 Saturday’s Bay 6 webcasts have Contra Costa (1-4) at No. 3 Santa Rosa (5-0) and De Anza (1-4) at No. 24 San Mateo (2-3). Santa Rosa is Northern California’s lone remaining National (state championship) Division team.
The champions from each of the three National Division leagues and one at-large team will qualify for the state playoffs, which begin Nov. 19; the same in Southern California. Although only National Division teams contest the state championship, American teams play in regional bowl games.
American Division competition resumes Saturday, featuring Mendocino (3-2, 1-1) at No. 19 Shasta (5-0, 1-0) in the Pacific 7 League. The Golden Coast has Cabrillo (0-5, 0-1) at No. 23 Monterey Peninsula (5-0, 2-0) and Merced (2-3. 0-2) at Hartnell (4-1, 2-0). See complete schedule below.