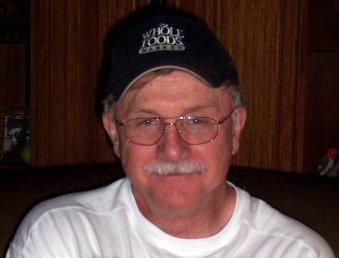 
The interview was almost over.  It had been an hour.  In his basketball office at SRJC Craig McMillan was standing, saying goodbye.  I was backing up.  I was thanking him for his time, on winning state, on doing things the right way, when he threw it out.

“I got Coach of the Year,” McMillan said softly, almost under his breath.

I asked him to repeat.  Wasn’t sure what I heard.  Usually when a guy receives California Community College Association Basketball Coach of The Year, he doesn’t refer to it with the emotional impact of Oh-thought-you-should-know-I-got-my-flat-tire-fixed.  As I recall McMillan repeated the sentence with eyes lowered, his voice just as undemanding.  The trophy was nowhere to be seen.

“So where is it?” I said it with some attitude.  I was a border guard at an occupied country who demanded, “Let me see your papers.”

“In the trunk of my car,” McMillan said with a grin.

Sure, why not?  You never know when the car will lose its emergency brake and you’ll need something to put under the tires to prevent it from rolling backward on a hill.


On the other hand Craig McMillan could receive the Nobel Prize For Basketball Coaching and that would make the perfect doorstop.


Oh yes, what about SRJC’s state basketball championship trophy, the first one in the school’s history?  It’s sitting on the desk of one of McMillan’s assistants, Troy Stevenson.

Despite what you may have heard, the snail mail McMillan receives at SRJC is NOT addressed DEAR OCCUPANT.

All of the above, of course, would lead you to the conclusion that Craig McMillan is this milquetoast personality, humble to the point of being invisible, a man almost embarrassed to find himself with a 300-145 career record at SRJC.

That would be so far off point, so ridiculous, once you heard the next story.  Lenny Wagner is the school’s head football coach, a former collegiate linebacker. He ain’t no marshmallow.  Quite regularly Wagner will find himself in a two-on-two half-court basketball game at Haehl Pavilion.

Playing with Wagner will be one of his assistant football coaches, Brad Muster. Muster is a former Stanford and NFL running back.  He ain’t no marshmallow either.

Playing against Wagner and Muster is McMillan and Stevenson.  McMillan is a former McDonald’s All-American, the force behind Cloverdale High School’s two state championships, the starting point guard on the University of Arizona’s Final Four team in 1988.  He ain’t no marshmallow either, as will soon become obvious.  Stevenson is a former SRJC hooper.

In the beginning, the play is mature, almost cordial.  These are adults.  These guys see each other all the time.  There might be a bit of teasing.  McMillan might let Wagner or Muster take a shot.  It’s a pick-up game, for criminey sakes.

And then it happens.  Wagner can see it coming.  Time for casual rec ball is over.  Muster and McMillan don’t have to say a thing.  Their body language says it all.  The movements quicken.  The contact is palatable, inevitable.  They lock horns, or would if they had any.  It’s game on.  It’s game-face on.

“Troy and I go to the three-point arc,” Wagner said. “We just stand there and watch.”

Muster and McMillan start banging on each other.  To the uninitiated observer, it doesn’t make sense.  Both men are 48.  They are family men.  Responsible adults, in charge of adolescents.  So how can they do this?

Because they must.  Their warrior spirit DNA is as much a part of them as the color of their eyes and hair.  Ask anyone who has competed on their level, and now doesn’t, and they all will say the same thing.  The thing they miss most is the competition.  The zest to compete, it is forever young.  It will never leave them.  It is the one thing from their youth they have been able to keep intact.

“You have to pry it out of him,” Stevenson said.

Fact is, there is one thing in which McMillan needs no prodding.  You can stop him in his tracks with a simple question.

“Ask him about a fish,” said SRJC forward Mike Simanek. “He’ll pull out his phone and show you pictures.”

Twice a week, McMillan guesses, he fishes.  Sometimes on the boat his dad owns.  Sometimes at lakes, streams, rivers, creeks.  You could probably throw a guppy in your bathtub and McMillan would come over to catch it.

“It’s therapeutic,” McMillan said. “I can get away from everything.”

Last summer McMillan invited his former coach at Arizona, Lute Olson, to go camping and fishing with him and a few other buddies, including ex-teammate and KNBR talker Tom Tolbert.  They went out into the ocean off Albion.  Tolbert got seasick.


“But Lute wouldn’t let Tom come back to land until he caught a fish,” McMillan said.

Some hierarchies remain in place, long after the reason for them has passed.

So do other things – like Lute Olson’s hair. Olson’s gleaming white hair was as much a signature of his Hall of Fame career as that 1997 National Championship, those five Final Fours, those 11 Pac-10 titles.  Just as no one has seen Big Foot, no one has seen one strand of hair on Lute’s head out of place.

“We all went camping,” McMillan said.

“Everyone?” I asked again with the firmness of that border guard.

Some distinctive profiles remain in place, long after the reason for them has passed.

Some distinctive personalities also remain in place for McMillan, their influence on him as strong today as it was when McMillan played for Olson and for his father John at Cloverdale.

So when SRJC started the PAST season 3-6, when the state championship appeared as distant as Mars, McMillan told his troops to keep calm, keep focused, keep focused.  Not a wandering ear did he encounter.  Everyone heard.  Everyone believed.  Everyone knew McMillan’s background, even if he doesn’t tell them.

“When I look at Mac’s scouting reports,” Stevenson said, “they are exactly the same type of reports I saw when Mac was an assistant at Marquette and Tennessee.  Exactly the same style and format.  Mac knows players because he was one. That’s huge.  He’ll turn to me in practice and say, ‘They’re tired. Let’s cut practice short’.  Only a former player could feel that.”

Only a former player who played for John McMillan and Lute Olson could see the game as a team sport and not a reason to satisfy egos of gifted players.

“The one advantage basketball gives coaches is that it’s out there on the court to see,” McMillan said. “Basketball doesn’t build character.  It reveals it.  You can see who works with a team, wants to be part of a team.  As opposed to someone who feels he needs the ball all the time.”

No one knows this better than Simanek.  Simanek was playing rec ball at Haehl last summer with a couple friends.  The last thing on his mind was being a part of the 2013-2014 CCCA State Championship team.  No wonder – Simanek was 25. The last time he played organized ball was 10 years ago when he was a freshman in high school.

Simanek now was a substitute teacher at Slater Middle School. He had his teaching credential after earning his economics degree from UC Santa Barbara. He had been the freshman basketball coach at Montgomery High School. He had never stopped playing basketball, just not organized basketball.

“I got burnt out on it,” Simanek said.

It was the last Open Gym of the summer at Haehl when McMillan strolled by and saw this older gentleman who was 6-foot-5 and had a nice touch.  At the time McMillan needed some bodies as injuries had accumulated on his team.

McMillan would go to the mat for him if Simanek would do the same for him.  Simanek was struck by McMillan’s approach, personable, calm, engaging, confident but not abrasive. McMillan was the counterpoint to everything that had turned Simanek away from the game – obnoxious, unyielding, ego-driven clueless coaches who treated their players like pawns in their chess game.

That, in a nutshell, defines Craig McMillan. In the sea of flux that is junior college basketball – a 50 percent roster makeover every year – McMillan is the same steady captain now as he was when he first manned the helm 14 years ago.

We share the ball.  We share whatever comes next.  We accept responsibility, be it grades, tardiness, pouting or back-talk.

Play hard. Listen.  Show up.  You have teammates, not props to give you the ball to boost your stats and your advancement to a four-year.  Pay attention to your progress, not your numbers (39 JC teams in California averaged more points a game than SRJC, 58 had a better free throw percentage, 67 a better field goal percentage).

“We didn’t care who scored,” said Simanek, a bench guy who averaged 2.1 points a game.

Become a team, not a collection of players.  That formula is simple yet difficult.  May be hard to grasp, may be difficult to even imagine as there are too many examples in basketball of five guys on the same side fighting over who gets the basketball.  No worries. Craig McMillan is here to help.  Just ask him to show you where he keeps his 2013-2014 CCCA Coach of the Year trophy.  He’ll take you to the trunk of his car.  He’ll open it. What a view I imagine.  I bet there’s at least one fishing pole in there, and a bait box, too, and probably a gym shoe or two a little ripe with sweat.

You’ll ask where’s the trophy.  Craig will say it’s in there somewhere.  And that’s when it’ll hit you.

Craig McMillan didn’t coach for that trophy.  He coached for you.
Bob Padecky,Craig McMillan,SRJC Basketballl
Share