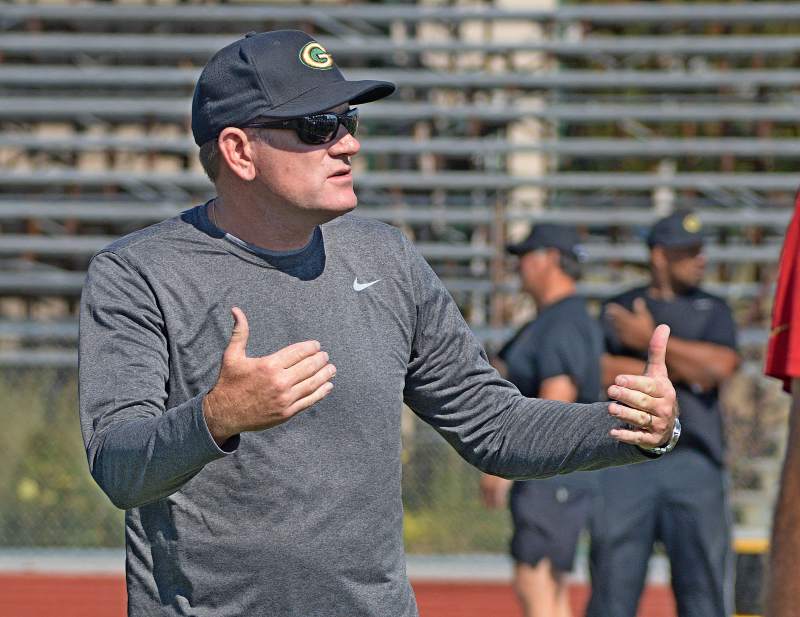 It has been announced that Casa Grande head coach Denis Brunk has stepped down from his position after two seasons.

In a phone interview, he said that he was finishing his masters in sports management from January to the end of April. He will be graduating in May. He hopes to then join on an internship with either SSU or SRJC in their athletic department.

Brunk announced his resignation to his team in a meeting on Friday.

“The kids were sad. I received some very nice messages from the kids. I told them that life goes on and it doesn’t stop at something like this.” he commented.

“I received some hugs and compliments from our athletes at our awards banquet last night. It was very nice”

Brunk went 8-14 in his two seasons as head coach of the Gauchos. He led them to the North Coast Section Division 2 playoffs in both seasons. He got won a playoff game for the Gauchos in 2017 when they defeated Montgomery 46-28. This year they got off to another slow start, but

In his 2 year prior to joining the Casa program, he went 8-13 for Santa Rosa. His first season they went 2-7 and winless in NBL play. In year two, he went 6-6, leading them to their first playoff win in many years when they defeated Northgate. They were just inches away from a second win, but fell to Windsor 38-37 in OT.

While he admits he has a good relationship with the Casa Grande administration, they sometimes didn’t see eye to eye.

“We weren’t going in the same direction. I am an old school coach and the administration wasn’t on my side on that part of the equation.” said Brunk

Brunk currently has a son that played on the freshmen team at Casa Grande and will continue with the program. I asked about if his decision had anything to do with his son being in the program and how that would look to others.

“That never even crossed my mind.” he said. “He did very well with the freshman program this year.”

He has encouraged his now former assistants to apply for the head coaching job and will hope for some consistency with the program. He will be helping athletic director Rick O’Brien with the transition in finding a new coach and helping the new coach in any assistance he may need.

“I’ll be available off the field for the new coach. I won’t be able to help on the field as of right now, but that could change.” Brunk said.

Brunk said he will intend on coming back to coach in the very near future, and said he received an offer from another school but declined to focus on finishing his masters.