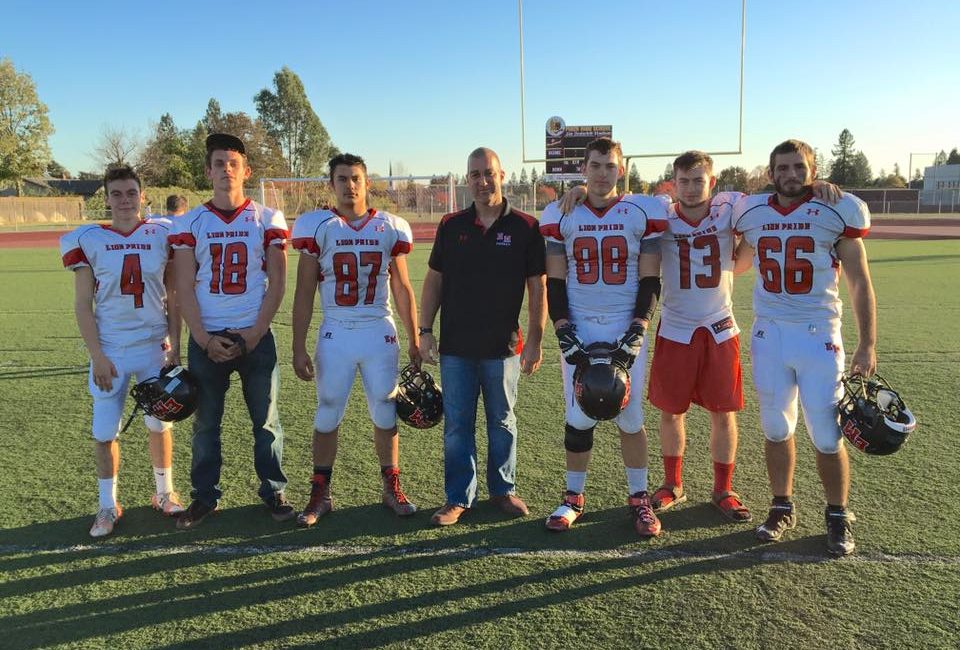 On September 11, 2015, the El Molino High School football team was scheduled to play Middletown (California) High School in a non‐conference game that would have given one of the teams its first win of the season. It was also Middletown’s homecoming celebration. However, that all changed when a devastating fire raged out of control in Middletown, essentially burning the community to the ground. Dozens of Middletown students, athletes and staff lost their homes in the fire, which killed four people, destroyed 1,958 structures and caused more than $1.5 billion in economic losses.

Rather than simply standing by, the El Molino football team and booster club selflessly rose to the occasion as they decided to come to Middletown’s aid.   The El Molino booster club members unofficially adopted Middletown High School and set out a huge fundraising campaign to help their rivals rebuild their community following the devastating   damage. Among their efforts, they raised more than $40,000 in cash and gift cards for the Mustangs.

The story also captured the attention of CBS’ “The NFL Today,” as it featured a segment regarding El Molino’s selfless fundraising and assistance efforts on one of its Sunday morning broadcasts.

About the Award The NFHS divides the nation into eight geographical sections. The states in Section 7 are California, Arizona, Hawaii, Nevada and Utah. Nominations for this award were generated through NFHS member state associations and reviewed by the NFHS Spirit of Sport Award Selection Committee composed of state association staff members.   While the national winner will be recognized June 29 at the NFHS Summer Meeting in Reno, Nevada, the section winners will be recognized within their respective states and will receive awards before the end of the current school year.