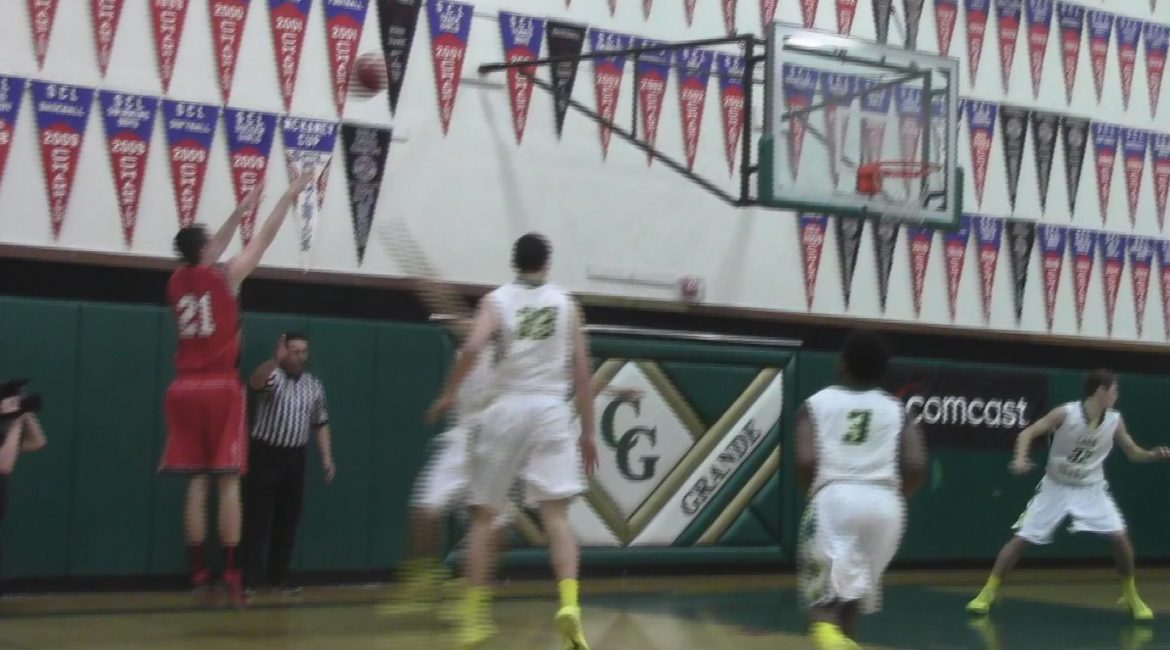 For the most part I enjoy what I do here.  It can be a long day or several long days, especially during the basketball season when something is happening almost daily.  Sometimes I think I bit off more than I chew.

I call it a glorified hobby (I sure don’t do it for the cash).

For the part I don’t report injuries, until I see them posted somewhere else.  Some coaches or programs will be more open about information and I don’t want to give a coach or program a competitive advantage that isn’t as open with the same information.

I’m not into controversy that is for another level of sports, not high school.

I have had and do have a student-athlete and have seen how hard it is to do both.  We see a few senior nights this time of the year and although I do think it is overdone, I was at the Cardinal Newman Girls and part of the announcements for Alexandra Dotti was that she is a 4.3 student.  That is as jaw dropping as any performance in a sporting event and more important.

I say this for no particular reason than to let you know. We are at playoff time so our hit counts are a little higher than normal.  This is also a good time to once again thank everyone who are our eyes and ears out there and help us do what we do. You know who you are and I have heard positive comments about our in game updates so thank you, thank you, thank you.

I don’t get to many responses or comments on what is written here, but the numbers say people are reading or at the very least opening the page.

During the last week or so there have been more comments than normal and most have been complimentary.

One was flat out funny.

As I said above I don’t get to controversial.   Last week was as close as I get when I wrote:

One of the highlights at a high school basketball game is when both student crowds go at it verbally.  Cardinal Newman fans are one of the best at the cheering battle between the schools.   One thing they do that can go away is a fake countdown of the shot clock.   They start counting it down five seconds before the countdown is actually that low.  I have seen it work, as a team forces up a shot before they have to.

Request:  Knock it off, it is bush league.

When I moved on to the other parts of life, I wish I would have added, “You are better than that”, which they are.

Their response proved that and was a classic.

The first response was on a typical Wednesday Night, a night I was waiting for scores, a message showed up on the YSN365.com Facebook page, which has nearly 2,650 likes.  It is the picture that is posted here with the quote, “the bush league has stopped”.

It was a LOL moment.

Thursday Night was the big Santa Rosa-Cardinal Newman Girls game and part of me was wondering if they would respond again.

They didn’t let me down.

Either they recognized me, figured I’d be there or thought I was part of the broadcast (similar name, not me).  Whatever, they did the 5-4-3-2-1 several times, more often than any other game.   But this 5-4-3-2-1 was different.  The timing of it was, well if you didn’t know what was happening, you’d wonder why bother.  A friend next to me made a comment there is no way that is going to work.  I told him the story and how in my humble opinion that they were responding to me.   I’m not sure if he bought into that at first, but as the game went on he did.

They counted down at warp speed.

They counted down when the shot clock was over :20.

They counted down when Cardinal Newman had the ball.

They counted down on a free throw attempt.

They counted down during a time out.

It was another classic response and I tip my hat.  Well done.

In my high school days (many years ago), I don’t remember having a student section. Actually it didn’t seem cool to cheer at a game.  It was more like a hangout.  I wasn’t part of the “cool dudes” and I did what I have done all my life and that is cheered for my team (somebody had to).

My first experience with a student section was in December of 1981, and coincidently, it was the Cardinal Newman student section.   I remember the date because I was writing for the Cloverdale Newspaper and have the article.  The game was between Cloverdale and Cardinal Newman in the Rose City Semi-Final.  This was the Cloverdale team that had the two Craig’s, McMillan and Bergman, and would win a couple of state championships.  They didn’t win this game, losing on a buzzard beater by Tom Sullivan 43-41 in a game that was stolen from Cloverdale by some shaky officiating.

No I guess I haven’t gotten over that.

As the Cloverdale starting lineup was announced, the Cardinal Newman student section, who was sitting at the same place as they sit now, pulled out newspapers and acted like they were reading them, not concerned with the Cloverdale team.

The student section is one of the best parts of the High School Basketball scene.

“You can’t do that” or “airball, airball” or “our schools free” or “she’s a freshmen (Newman fans used that a lot Thursday Night) adds to the enjoyment of the game.

The students are very witty and think out most responses, which they proved in the response to me.

As is tradition as YSN365.com this is the final ranking of the basketball season.  The numbers you will see in articles from here out are tournament numbers.  The YSN rankings drift into history

No. 1 Montgomery (21-5) (Last Week No. 1)…Took the mulligan and ran with it.  They are a clear cut No. 1 and clear cut favorite in the NBL post season tournament.  Good enough for a No. 1 seed in NCS playoffs?

No. 2 Willits (22-2) (No. 4)…They are back to where they have been most of the season.  Probably the best “small school” team since doing rankings here.  They have been treated like a big school in the rankings and have proven they could hang with them.  This will be the team that good teams at the school will be compared to forever.

No. 4 Analy (18-8) (2)…They were moments away from an undefeated league season.  As impressive is how close they played Cosumnes Oaks.

No. 6 Elsie Allen (18-8) (7)…They are one victory from breaking school record.  There is life back in this program and the best maybe coming.

No. 7 Cardinal Newman (15-10) (3)…Game against Santa Rosa didn’t hurt in NBL part of things, but will in rankings and seeding.  This is before the Monday home game against Ukiah, where a win will give them home game against Maria Carrillo on Wednesday in the NBL post season first round game.

No. 8 Casa Grande (14-12) (8)…This is under heading of not being punished because of loss to Montgomery.  Has won seven of nine including splitting with Montgomery.  Health issues hurt at beginning of league play.

No. 9 Archbishop Hanna (19-4) (10)…Has been treated like Small School, but deserves mention with record and league title.

No. 10 Middletown (15-8) (NR)…Five game winning streak and seven of its losses are by five points or less including to Willits and Elsie Allen.   Three of the losses were in the first four games.

No. 1 Santa Rosa (24-2) (1)…This is not an easy choice.   Gave Montgomery Boys a mulligan and you can call this the Morgan Bertsch factor.  When she was played against Cardinal Newman for nearly six quarters, Santa Rosa +21, in two plus when she was out -14.

No. 2 Cardinal Newman (20-6) (2)…How young this team is, you get the feeling they will get that higher spot next season.

No. 8 Cloverdale (17-8) (7)…Wins another NCL I championship.  Two wins away from going through league undefeated.

No. 9 Petaluma (16-10) (NR)…Ends season with five game winning streak.  They go to Sonoma Valley for first round SCL Girls game on Wednesday.

No. 10 Sonoma Valley (14-12) (NR)…End regular season with loss to Analy.  Gets home game in first round because of numbers drawn at beginning of season.