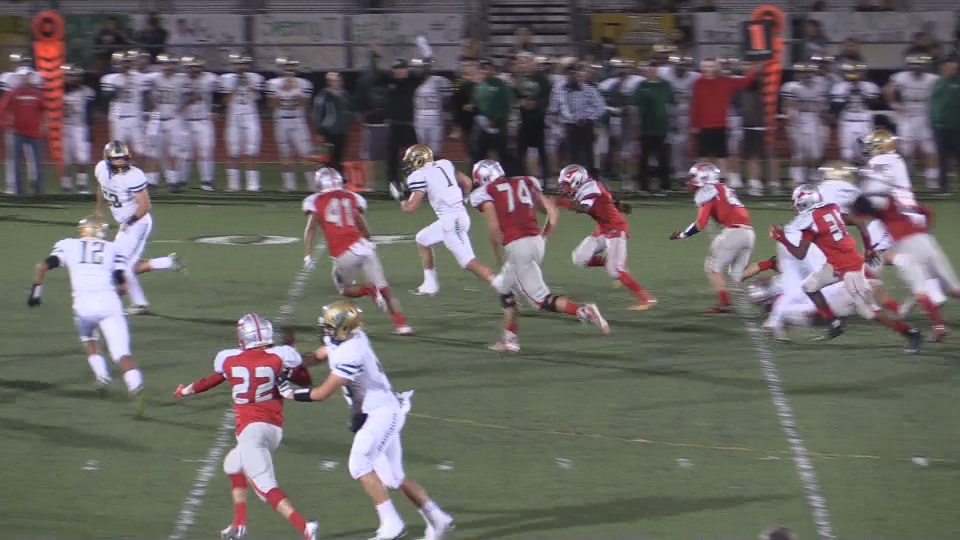 Anytime a playoff is announced there are going to be complaints.  I’m not sure who is on this committee, but I heard a couple of things about it that is disturbing.
No. 1: A reliable source that would know told YSN365.com that the committee doesn’t use power rankings.   If true, that answers some question right there.  I do have a hard time believing that, because how they can keep track over 100 teams?
No. 2:  Another source told me that each coach that applies for a playoff spot ranks each team in its Division.  How insane is that?   The coaches are either going to lean toward their own area or if they have a grudge against a team in their area, they are going to pick the other way and give that team a low ranking.
How can a coach in the East Bay know how teams on this side of the bridge are anyway, unless they have played them?  I have a hard enough time keeping track of the 27 teams we cover.
I was also talking to someone who says that they also look at it this way: If team A beats team B and team C loses to team B,  Team A will be seeded higher than C.

That is simple math right?  That never fails in sports does it?
I have a feeling that is true and that isn’t insane, but it is pretty weak.
He asked what I would do.
I’m glad he asked.
No. 1…Use the power rankings religiously.  What they say goes.  The only thing the committee does is go through the list and throw out the teams that don’t qualify.  Then teams will know exactly where they stand as the season goes on.   It wouldn’t be perfect, but it wouldn’t be worse than the system going now.
No. 2…Change the qualification.  The way it works now a team needs to be .500 in either overall, league or against the division.  They should have to be .500 in two of those.
No. 3…Split the areas like they used to.   The East Bay plays its own playoff and the Redwood Empire plays its.  Then the winner of each bracket meets in the championship game.  That would mean more fans which means more money, plus what you save in fuel costs!
The committee had a chance in Division 3 to draw overflow crowds, if they would have set up Analy, Cardinal Newman and Rancho Cotate meeting.   Check out what kind of crowds we see this weekend and next.
No. 4… Cut the amount of teams to twelve.  If you are going to split the playoffs, have six teams in each bracket.  The top two (or four) get a first round bye.
The reason for this is that same reason I said earlier in the year about realignment.  Some games should not be played.  This week there are thirty five first round games in the five divisions.  The Cal Preps Projections have thirteen games decided by over 20, nine over 30 and three more over 50.  There are three No. 1 seeds that have a BYE or the numbers would look worse.
Just to pick one game out of the hat, because it is the biggest spread.  In Division 2, Clayton Valley is a 62 point favorite over Newark Memorial.   Clayton Valley is 10-0, Newark Memorial is 4-6.  Newark Memorial is ranked No. 22 in the Division 2 power rankings. (The committee might not use that but I am).    They are ranked lower than Santa Rosa (sorry my friends from Santa Rosa).
Newark Memorial actually did qualify because of two .500 records (league and against division).   They have lost three games by at least 40 points.
What do you think this score will be?
Why bother playing this game?
One other note about there being too many teams and this is going to be a killjoy on the tone of the PD article yesterday, which was about the local leagues getting respect.
Ye,s six of the eight NBL teams made the playoffs, but that is really par for the course.
There are 109 teams in the North Coast Section.  Seventy five made the playoffs.  That isn’t quiet the 75% that made it from the NBL, but it is in the neighborhood.
Of the four leagues we cover, there are 27 teams.  Nineteen of them made the playoffs.
There are complaints at times about the NBA and Hockey having too many teams.
High school takes it to a whole new level.
Now we moved to what this post is really about… the Rankings, which are the last ones of 2014.
If they look familiar, it is because they are the same as last week.
No. 1 Analy (9-0)…They have one less loss then last week and one more championship.
No. 2 Rancho Cotate (7-3)…Almost put them No. 1 to make up for a heck of a run of bad luck.
No. 3 Cardinal Newman (7-3)…Still can’t get over that they are a No. 8 seed.   Division 3 is really really rough.
No. 4 Fort Bragg (8-2)…They get a co-championship with St. Helena.  That is two championships in three years.  Disappointing seed makes rough journey through Division 4
No. 5 St. Helena (9-1)…Had one hiccup to Fort Bragg, which cost them a No. 2 seed.   They were never going to be No. 1
No. 6 Maria Carrillo (6-4)…A nice finish gets them a first round home game and if they win that…a second round home game.
No. 7 Petaluma (7-3)…Gave Analy the closest league game in three years.  There is no way they get knocked in the rankings for that effort.
No. 8 Windsor (7-3)…The Jaquars are probably trying to figure out how they let the Cardinal Newman slip away.  Still the three game losing streak didn’t hurt them in the seedings.
No. 9 El Molino (6-4)…The Lions clinch their second winning season in at least a decade and probably more.
No. 10 Casa Grande (4-6)…A super turnaround to its season shows how proud of a program this is.
HONORABLE MENTION…Cloverdale, Montgomery, Piner
PLAYER OF THE WEEK
Jalen Roman (Windsor)…For the first time this season the Player of the Week is a member of a team that lost.   Roman wasn’t even supposed to play because of an arm injury. Play he did, rushing for 262 yards and passing for 130 more.
ONE OTHER RANKING NOTE
Monday was the first day of practice for the 2014-15 High School Basketball Season.
The YSN365.com pre-season No. 1 Boys and Girls teams are both from Cardinal Newman.
With the focus being football I really haven’t looked into the season that deeply.  I have talked to several people about it and while the Girls side of the pre-season No. 1 is a no-brainer, the general thought is the Boys side will have some good stuff this season.
My email address is jacpasquini@comcast.net
football playoffs,football rankings,ncs playoffs,redwood empire rankings,YSN Rankings
Share