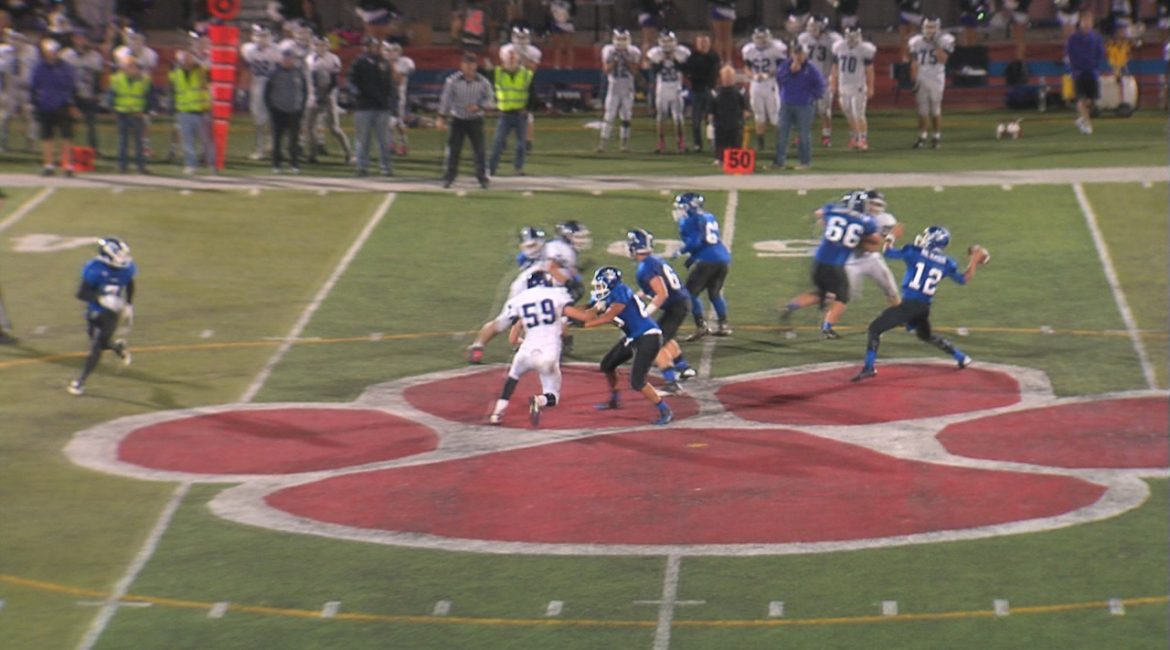 This is the final regular season rankings for the 2015 High School Football Season.
The last few weeks, the power rankings have been posted too. Even though they don’t matter anymore, if they ever did, they are posted below. Below them are some more playoff comments.


YSN365.COM RANKINGS
No. 1 Cardinal Newman (8-2) (Last Week No. 1)…Finishes off the run through the NBL undefeated. It is Cardinal Newman’s fourth NBL title since Paul Cronin took over the program in 2003.
No. 2 Analy (10-0) (2)…In about as dramatic a fashion as you can imagine, they win their fourth straight SCL championship. Their regular season record over the past four years is 39-1.
No. 3 Fort Bragg (10-0) (3)…Finishes off run through the NCL I undefeated. It is the first time in school history that they have finished 10-0.
No. 4 Petaluma (7-3) (5)…If there is a case for moving up in the rankings after a loss, it is this one. An absolutely breath taking performance, that had a disappointing breath taking ending.
No. 5 Rancho Cotate (7-3) (6)…This is an offensive machine that averages over 40 a game. They scored at least 30 points in nine of ten games.
No. 6 St. Helena (9-1) (4)…They have a nice rebound after losing its version of the game of the year. The Saints haven’t lost more than one league game since 2009. The award for that is another version of their game of the year.
No. 7 Maria Carrillo (6-4) (8)…Finish in second place tie in NBL race. Would win tie-breaker for team they tied with. The 5-2 league record equals their best NBL record in school history.
No. 8 Windsor (6-4) (7)…They played Cardinal Newman close for a half. They finished in a fourth place tie with Casa Grande in the league race. The one point loss to Casa Grande was costly.
No.9 Middletown (5-4) (9)…They got a forfeit win to wrap up the regular season. With what they have been through, still a remarkable, remarkable season.
No. 10 Piner (6-4) (10)…Ends the regular season with a three game winning streak. They will finish over .500 for the first time since 2003.
POWER RANKINGS
The number by the Division is how different they were seeded in the playoffs compared to how they would have been if only the power rankings were used.
For example: Same mean the power rankings agree with the playoff seedings.
A plus means they were boosted higher than the power rankings, a minus means they seeded were below their power rankings. The biggest difference for the top ten is two.
No. 1 Cardinal Newman (Last Week No. 1)…(Division 4: same)
No. 2 Rancho Cotate (2)…(PR: Division 3: -1)
No. 3 Analy (3)…(PR: Division 3: +1)
No. 4 Fort Bragg (4)…(PR: Divison 4: same)
No. 5 Windsor (6)…(PR: Division 2: -2)
No. 6 Maria Carrillo (7)…(PR: Division 2: +2)
No. 7 St. Helena (5)…(PR: Division 4: +1)
No. 8 Casa Grande (8)…(PR: Division 2: -2)
No. 9 Petaluma (9)…(PR: Division 3: +2)
No. 10 Cloverdale (10)…(PR: Division 5: same)

MORE PLAYOFF THOUGHTS
In baseball when commenting about an umpire’s strike zone, the announcers sometimes comment that the players just want a consistent zone. It can be a crappy zone, but just be consistent.
The same could be said for the NCS committee. Just be consistent. It is hard to tell what they base the decisions on. Head to head seems to be a big deal. Other than that, who knows what goes into it.
Sometimes it appears to be the power rankings and other times who knows what it is.
A couple of examples:
In Division 4, Marin Catholic is No. 1 in the power rankings and Cardinal Newman at No. 2. That is what the seedings are.
Meanwhile in Division 3, Rancho Cotate is No. 2 in the power rankings, Analy No. 3. For the playoffs, Analy is No. 2 and Rancho Cotate No. 3.
In those two cases, it is no big deal. But in others, it is the difference between a home game and traveling.
For Division 2, the power rankings for the NBL teams goes in the order of Windsor, Maria Carrillo and Casa Grande. The playoff seedings went with the order of Maria Carrillo, Casa Grande and Windsor.
The head to head doesn’t clear things up at with Windsor defeating Maria Carrillo, who defeated Casa Grande, who defeated Windsor. Maybe the first tie-breaker used in this case was the league standings. Maria Carrillo finished above the other two and Casa Grande and Windsor tied. Casa Grande defeated Windsor, so there you go.
Am I giving the committee too much credit there? If that is the reason, I like it.
Over the years, I have called it the dreaded No. 9. That is because in Round One, most of the time, you have to go on the road and then if you win, go on the road again against No. 1. Windsor gets the dreaded No. 9.
One thing I didn’t like was the Division 4 set up and St. Helena playing Fort Bragg. Of course I didn’t like that. Although it isn’t because of the seedings, it is because of the matchup. I had come to the conclusion that despite the combined 19-1 record, the committee wasn’t going to treat these two teams very well.
The St. Helena-Fort Bragg rematch could have been avoided and should have been avoided. This is a No. 9 vs. No.8 and the power rankings are pretty close in this one, not exact, but close.
Another first round game is No. 10 San Marin at No. 7 Justin Siena, which is a Marin County League rematch. Again the power rankings for this game is close, but not exact. The only one of the four teams that have the same power ranking as seeding is Fort Bragg at No. 8. It almost seems like the committee decided to send an NCL team on the long trip to Fort Bragg, instead of a Marin County League team.
The committee also set up an NCL I rematch in Division 5 with No. 10 Willits at No. 7 Middletown. That game was a little tougher to avoid with there being a Division low eleven teams in the bracket and Cloverdale, Middletown and Willits at No. 8, 9 and 10 in the power rankings. Middletown sneaked ahead of the other two in the seedings, because of head to head wins and finishing higher in then NCL I race.
The team that really has the gripe in that part of the bracket is Stellar Prep. They are No. 7 in the power rankings and have a 6-3 record; with two of the losses according to Cal Preps forfeited (don’t know why). They got the dreaded No. 9, which got them a trip to Cloverdale.
That is a break, at least travel time wise, for Cloverdale.
There is one other rant that will have to wait. That is what if the Hail Mary wouldn’t have happened in the Analy-Petaluma game or he was called down at the one and the game went into overtime and Petaluma won and Analy was still seeded higher.
Like I said, that rant will have to wait until another time.
My email address is jacpasquini@comcast.net
Follow me at twitter @homer2612
Share