Final Saturday Of Year Not So Good 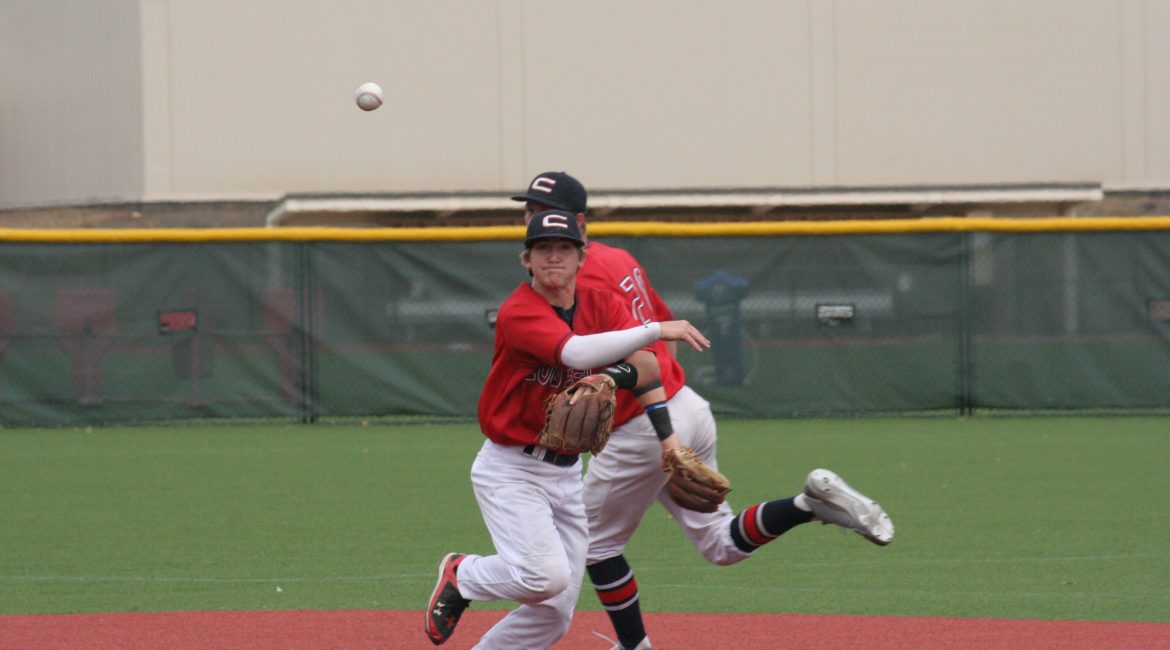 So the baseball season didn’t end the way it was hoped.

Both Casa Grande and Analy dropped their NCS Championship games.

Casa Grande wasn’t the team that we have seen all season.  There are several reasons you have for that.  There were the suspensions, the letdown factor from the Wednesday thriller, graduation Friday night and the 95 degree day.

Or you can just sum it up they lost to a more talented team, that has players up and down the lineup who are planning to play Pac 12 baseball in college.

Whatever the reason or reasons you want to use, Campolindo had no problem, defeating Casa Grande 8-0 to win its fourth straight NCS Division 2 championship.

Campolindo has at least four players committed to a Pac 12 college.  One of them was the starting pitcher, who put on a dominating complete game performance, finishing off a playoff run of four wins, all shutouts.

The pitcher name is Matt Ladrech, who pitched a complete game three hitter.   Two of the hits came in the sixth, which was the only inning Casa Grande had a runner reach second.   He had so much control that an outfielder didn’t make a putout until the fifth inning.  The rest were ground balls, pop ups and one strike out.

It started out promising.  After Campolindo didn’t score in the top of the first, Francis Christy, who is also planning to play at a Pac Twelve school (at Oregon), started the Casa Grande offense with a solid single to right.   As they have done most of the year, Casa Grande played for that one run.  It didn’t work out this time as a bunt attempt was popped to the third baseman and Christy was doubled off first base.

Casa Grande would not have another base runner until Christy drew a walk on a 3-2 pitch three innings and about an hour later.  By then the pattern of the game, and as it turned out the game itself had been decided.

By the time Christy came to bat his second time, most of the Campolindo had been to the plate three times.   They had two triples, RBI singles by three different players and got some help from Casa Grande who committed an error and allowed a run to score on a Wild Pitch.

Ryan Hooper had two of the run scoring singles.  The first actually brought in two runs and gave Campolindo a 4-0 third inning lead.   The Campolindo offense was as relentless as the heat.  They collected 15 hits, four of them by Trent Shelton (Oregon State), all singles.  He was also hit by a pitch and drove in two runs.

The only bright side of the game for Casa Grande might have been that it wasn’t a one run loss, so that amazing stat for one run games ends at 16-0.  Overall they end the remarkable season at 27-3.

As for Campolindo, they end 21-6-1 and its fourth straight NCS Division 2 Championship.   That ties a section record for the most titles in a row.  Casa Grande won the Redwood Empire version from 2004-2007 and St. Vincent the Class A title from 1986-1989.

While it was a very unlike Casa Grande type of game, Analy was more into character.  The Tigers just ran out of outs, dropping a 4-3 decision in the NCS Division 3 Championship game.

Analy entered the seventh inning behind 4-2 and had scored a run, had runners at first and second when the game came to an end.  Andrew Merken was the starting pitcher in the NCS Title game for the third straight season.  Last year he carried a no-hitter into the sixth in the 4-0 win over Tamalpais last year.  He didn’t come close to that in this game, but did pitch a complete game.

For Analy, the comeback season just misses including a section championship.  The 23 wins is one less win then they had in every season combined since 2008, which is the last time they won 23 games.

In the other baseball championship game involving a local team, Tomales won its first ever NCS Championship with a 5-3 win over Division 6 defending champion Point Arena.    Tomales jumped out with a three run first, two of them on a single by Cody Titus.

It was Point Arena’s second loss in sixteen games.

The East Bay schools weren’t the only teams to successfully defend its NCS Championship.

St. Vincent defended its Division 5 Softball title with a 14-4 win over St. Bernard.    St. Vincent scored five runs in both the first and second to end the Cinderella hopes of St. Bernard.

Hannah Upton started the scoring with a three run double in the first.  Rainey Henry had run scoring doubles in both the first and second inning.  The double in the first drove in two runs.   That was more than enough for Hannah Sarlette who pitched a complete game.

St. Vincent ends the season with a ten game winning streak and a 17-8 record.

St. Bernard ends a remarkable run through the playoffs in which they traveled over 2,000 miles round trip to the four games and as a No. 9 seed, beat No. 8, No. 1 and No. 4 on its way to the championship game.   They ended the season 14-14.