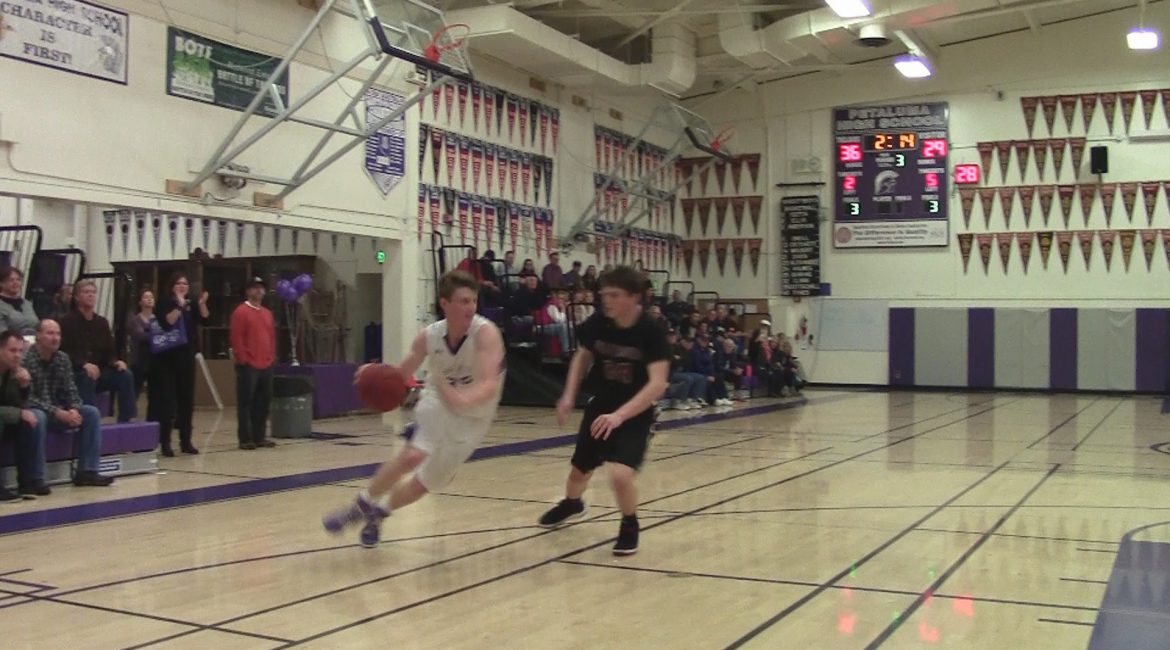 We have two very wide open boys Basketball races in Sonoma County. In the NBL, we have three teams tied for the top spot. In the SCL, one team is at the top, but two teams are just a game back, let’s take a look. For the girls, both races are close to have been decided.
BOYS
Sonoma County League
This is a race that was five points from being completely different. Petaluma traveled to Piner on January 9th, both teams at 2-0, and Piner won a nailbiter 51-47. A few weeks later, 1st place Healdsburg went down to Petaluma, and miraculously came back to beat the Trojans 49-48. Though Petaluma has hung tough with both teams, Healdsburg has dominated Piner, cruising to two victories over the Prospectors. They were upset however on Thursday when they went on the road to Sonoma Valley and lost their first league game, so Piner and Petaluma are both back in the race for the league title. Healdsburg sits at 7-1 in league, Piner 5-2, and Petaluma 6-2. Piner has had both their shots at Healdsburg and lost both, Petaluma lost their home match to the Hounds by one. A huge game Monday night in Petaluma as Piner travels down to face the Trojans. Should Piner win this game, they would need a little help to claim a shared league title. If Petaluma gets the win, they’ll have a shot, should they win out, to clinch at least a Co Championship with a win over Healdsburg on the last night of the season on February 9th. Petaluma hasn’t been a Co or Solo SCL champion since 1992.
North Bay League
A huge game will take place on Tuesday night as the Cardinal Newman-Montgomery rivalry will continue at Cardinal Newman. Both teams come into the game tied for first place in NBL play, along with Windsor. Montgomery beat Cardinal Newman, who beat Windsor, who beat Montgomery, hence the three way tie. The loser of this game will drop to second place. Montgomery will host Windsor on Thursday night. If they get both wins, they control their own destiny for the NBL title. On February 7th, Windsor will go to Cardinal Newman in a game that could still be a deciding factor of a league champion, or a game for second place. No matter what, this is a huge week for the NBL, and especially, Montgomery.
GIRLS
North Bay League
Cardinal Newman will host Montgomery on Wednesday night. The Vikings have been their only competition in NBL play, sliding by with a six point win the first go around. Now that Newman is back home, things shouldn’t be difficult for the Cardinals to capture another League championship. 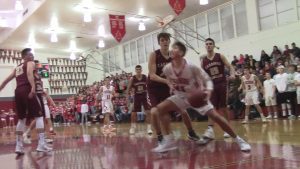 Sonoma County League
Petaluma has been a pleasant surprise to a lot of people outside of the egg basket of the world. After a few dismal season after the retirement of legendary coach Doug Johnson, the Trojans have gone 17-5 on the year and 8-0 in SCL play. They have good wins over Healdsburg in OT, and Analy by 8 at home. They will have to travel to Analy on Saturday, but should a blip occur, they still would have a one game lead over the Tigers, and a three game lead over Healdsburg and Sonoma Valley.