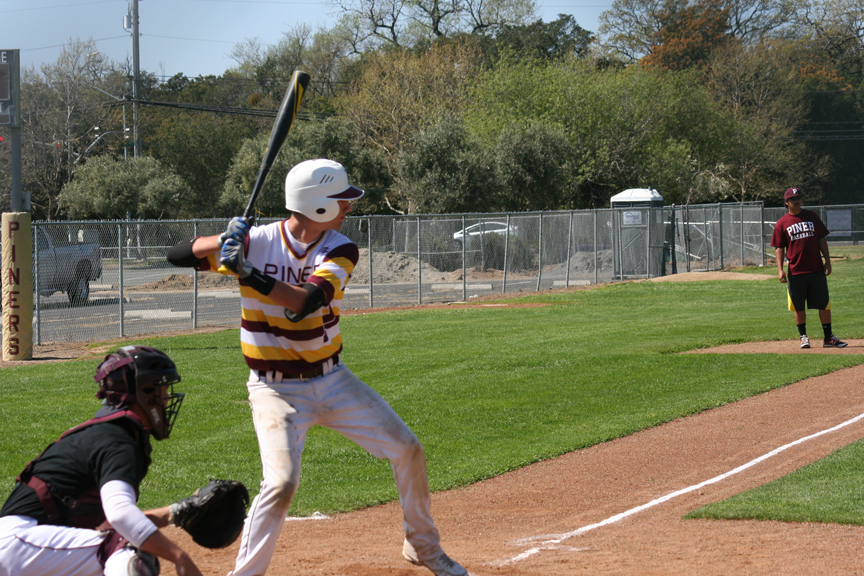 Here are the first baseball and softball YSN365.com rankings.   They come the week the NBL and SCL start league play in both sports.

The top of both the baseball and softball rankings look familiar and is that way for the same reason.

No. 1 Petaluma (7-3)…Looked impressive while winning the Rabinovitz Tournament, outscoring opponents 25-4.   Two of their three losses were to teams with a combined record of 14-3.  They also have a win over Maria Carrillo.  Austin Gabbert (Jr) is averaging over an RBI a game, Luke Wheless (Soph) is averaging scoring over a run a game and Austin Thomason over a hit a game.  Hunter Williams has three of the seven wins, with two complete games and an ERA of 1.56.

No. 2 Maria Carrillo (6-2)…Took the Westcott Memorial Tournament.  Both losses by one run to Clayton Valley Charter (8-0) and Petaluma (7-3).  The difference between No. 1 and No. 2 is the March 14th game in which Petaluma defeated Maria Carrillo 2-1.

No. 3 Casa Grande (7-2)…Last season’s No. 1 looked like this season’s opening No. 1 until losing two straight at their own tournament.   Freshman Spencer Torkelson is hitting close to .550.    The Gauchos gave up 11 earned runs against Cardinal Newman and still have a team ERA under 2.  Junior Eric Parnow is a big reason.  He has pitched seventeen innings and has given up one earned run and has 25 K’s in 17 innings.  They host Maria Carrillo in the NBL opener on Wednesday.

No. 4 Analy (5-4)…After a 1-3 start, they won four straight before the loss to Petaluma in the Rabinovitz championship game.  The first three losses were to teams with a combined record 20-5.   They handed Windsor it’s only loss and get another shot at Petaluma when they open league play on Tuesday.

No. 5 Windsor (7-1)…Scored at least seven runs in five games and is averaging over seven runs a game.  Five of the wins are over .500+ teams.  It is a promising start for a program that has started under .500 in the five of the last six years.  The lone loss was in the first round of the Rabinovitz Tournament to Analy.

No. 6 El Molino (9-1)…Hasn’t played the toughest of schedules, but who cares they are winning and who they have beaten helps in their NCS Division.  Has as many wins as in any of the last three years.   The loss is to Clear Lake (5-1) in a game they led late.  The Lions are giving up a little under two runs a game.   In their three wins to win their own tournament they outscored opponents 26-4.   It is going to be hard to top the game Elijah Larsen-Yskamp had in the 8-1 championship game win over Middletown.   He had five hits, including two doubles and 5 RBI.  He was also the starting pitcher and got the win striking out ten.

No. 7 Cardinal Newman (4-5)…Woke people up with an 11-0 win over Casa Grande in the second round of the Westcott Memorial Tournament.   They have won three of five after a 1-3 start.

No. 8 Clear Lake (6-2)…The only team to beat El Molino.  After losing their opener they won five straight outscoring opponents 32-15.  The two losses are to teams with a combined record of 9-3.  Senior Mitch Sealy is batting .526 and has a hit in every game since the opener.

No. 9 Montgomery (5-3)…Won five of its first six before losing back to back games in its own tournament.   Offense was on a roll by scoring at least nine runs in four straight games.  Then they gave up 21 in the two losses.  Is at Cardinal Newman on Wednesday to open NBL play.

No. 1 Petaluma (5-1)…Lone loss was an ugly one to Arroyo who is 5-1.  They have won four straight since, including a 7-3 win over Maria Carrillo.  They are hitting over .400 as a team with three players batting over .500.  Brie Gerhardt is averaging nearly three hits a game and is hitting .636.  Joelle Krist is averaging nearly three RBI a game and has four homers.  Petaluma ended the season last year No. 1.

No. 3 Cloverdale (4-0)…One of the wins was over Windsor and they have outscored opponents 32-5.  Sophomore Teanne Edens has pitched every inning and has an ERA of 0.50, striking out 42 in 28 innings including 12 in the win over Windsor.    Has important NCL I game at Clear Lake on Tuesday.

No. 4 Windsor (6-2)…The two loses to teams with a combined record of 9-2.  Not that much of a schedule.  Angelica Terrel is batting a hard .652.  Six of her 15 hits are doubles and she also has a homer.  They lost to Maria Carrillo 5-3 in the second round of the Ukiah Tournament.  They followed that up with a wild 15-14 win over El Molino, which was the fourth game they scored at least nine runs.   That was a four inning game that they were behind 7-0 when they came to the bat in the bottom of the first.

No. 5 Santa Rosa (2-0)…Played fewer games than any other team in the top ten.  They did hand Carondelet its only loss in eight games.   Opens league play on Thursday at Windsor.

No. 6 Rancho Cotate (2-0-1)…Hasn’t had many games either.  Freshman Brittney Scardina has pitched every inning and has an ERA 1.33.

No. 7 Analy (3-2)…The two losses were against teams who have a combined record of 13-3.  They are living on the edge.   All three wins are by one run, one of those in extra innings and another with a two run seventh.  Consistency is the motto of this team, or maybe they are looking for the right combination.   They don’t have a player with over three RBI or a pitcher with more than one win.

No. 9 Montgomery (5-5)…After a 2-4 start against a tough schedule, the Vikings have won three of four.   They are at Cardinal Newman on Thursday.