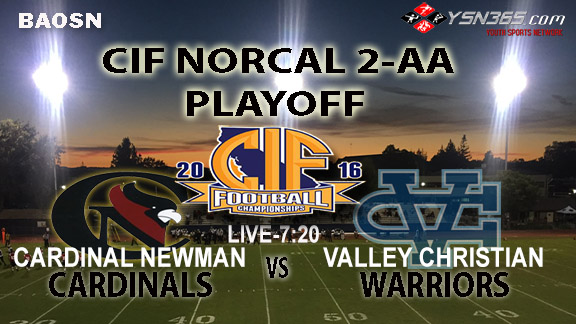 Cardinal Newman continues their football season after a 44-21 win over the St Bernard’s Crusaders in the NCS D2 Championship game. The Cardinals are 12-1 on the season. They won their first NCS Championship since 2010 and 13th overall. They play Valley Christian in San Jose Friday Night at 7:00.
Whoever wins will move on to the State Championship next week at Sacramento State.  Newman has played in 2 State Championship games and is 0-2.

Basketball season has begun and holiday tournaments will be a weekly occurance. Last week was the Russ Peterich Classic at Montgomery High School, which was won by Vanden high school from Fairfield.