FOOTBALL PREVIEW: FORFEITS A PART OF THE WEEKEND 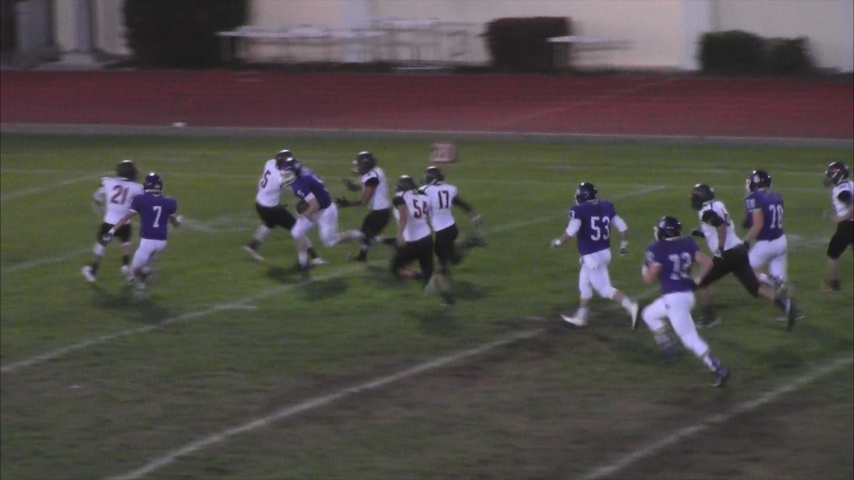 This week’s preview starts out with not such good news and in some ways shows how fragile high school football is in some areas. Two games from the NCL World have been cancelled because one team doesn’t have enough players.
The games are Clear Lake at St. Helena and Mendocino vs. Calistoga, which was scheduled to be played at the Napa Fairgrounds.
Clear Lake and Mendocino are the teams forfeiting. It is the second game of the season Mendocino has been forced to forfeit this season.
Both teams hope to play out the regular season.
The night is homecoming for St. Helena. The JV game will still be played starting and 7 pm, so they will still have those festivities.
SCHEDULE (ALL GAMES FRIDAY AT 7:30 UNLESS NOTED)


Before Maria Carrillo last week, Windsor was actually the last team to defeat Rancho Cotate on its home field. That wasn’t a regular season game, but in the first round of the NCS playoffs on November 15th, 2013. Windsor won that game 32-10. Earlier in the season the two teams opened league play on the same field with Rancho Cotate taking a 43-14 win.
Not only is the Maria Carrillo-Casa Grande game an important one in the NBL race, it could be important for the North Coast Section Playoffs seeding with both teams in Division 2.
History repeated itself last week when Maria Carrillo defeated Rancho Cotate a week after the Cardinal Newman-Rancho Cotate game. The same thing happened in 2014. Maria Carrillo would like to put an end to the history repeating itself pattern. One week after defeating Rancho Cotate last season, they were edged by Casa Grande 19-14.
That isn’t the only history Maria Carrillo would like to change. The game with Casa Grande was an annual game even before the 2011 realignment. The two teams played during pre-league play and the series has been dominated by Casa Grande. The last time Maria Carrillo defeated Casa Grande was on November 18th, 2005 in a first round playoff game. The last regular season win for Maria Carrillo was on September 21st, 2002. Casa Grande’s winning streak against Maria Carrillo is twelve. That includes two playoff games; one of them was last year.
The Santa Rosa-Montgomery game renews one of the oldest rivalries in the area. Santa Rosa won the game 28-7 in 2012 and has had some near misses since.
Montgomery got its first win of the season last week against Ukiah. Santa Rosa is looking for its first league win.
SONOMA COUNTY LEAGUE
El Molino (1-5) vs. No. 2 Analy (7-0)…SATURDAY 7:30 PM at Rancho Cotate High School
CAL PREPS PROJECTION: Analy by 56
Elsie Allen (0-7) at Petaluma (6-2)
CAL PREPS PROJECTION: Petaluma by 60
Healdsburg (3-5) at Sonoma Valley (0-7)
CAL PREPS PROJECTION: Healdsburg by 6
It is another week to get through before the Analy-Petaluma game, which is on November 6th.
This is Petaluma’s last game before the Analy game. They have a bye next week.
Analy has two games left. After the game with El Molino, they go to Elsie Allen next week.
The Analy-El Molino game is the annual Apple Bowl between the two teams from the West County. The game this season is on Saturday at Rancho Cotate High School. It is the only one of three rivalry games that survived the NBL-SCL realignment of 2011.
If Healdsburg is hoping for a playoff spot, they can’t afford to lose to Sonoma Valley. They have qualified because of 3-2 record against Division 4 teams. Based on the power rankings, they are a bubble team, so they need all the wins they can get.
NCL I
Clear Lake (2-6) at No. 3 St. Helena (8-0) (GAME FORFEIT TO ST. HELENA)
No. 4 Fort Bragg (7-0) at Willits (4-3)
CAL PREPS PROJECTION: Fort Bragg by 25
No. 9 Cloverdale (6-1) at Lower Lake (4-3)
CAL PREPS PROJECTION: Cloverdale by 28
Middletown (2-4) at Kelseyville (1-6)
CAL PREPS PROJECTION: Middletown by 21
The cancellation of the St. Helena-Clear Lake game means that next up for St. Helena will be the showdown with Fort Bragg on October 30th.
Cloverdale needs a win to stay in the battle for first place.
Five of the eight teams, including Clear Lake, are already eligible for the NCS playoffs, whether they are in Division 4 or 5. With three games left Middletown needs two wins and Willits needs one to add to the league’s eligibility list. Kelseyville has been eliminated.
BAY FOOTBALL LEAGUE
St. Vincent (2-5) at Harker (San Jose) (6-1)…FRIDAY 7 PM
CAL PREPS PROJECTION: Harker by 14
Harker at 2-0 is in first place in the league race. St. Vincent is 1-1.
NCL III (NO CAL PREPS PROJECTION)
Mendocino (1-6) vs. Calistoga (6-1) —(GAME FORFEIT TO CALISTOGA)
Tomales (3-3) at Potter Valley (0-6)
Upper Lake (5-1) at Point Arena (4-1)…Saturday 1 pm
Rincon Valley Christian (1-5) at Laytonville (2-4)…Saturday 2 pm
Anderson Valley (6-1) BYE
The forfeit win for Calistoga means they move into a first place tie with Anderson Valley with one game left. That is two of four teams that have one league loss. The other two
The other two teams meet each other with Upper Lake traveling to Point Arena.
After a road game at Calistoga next week, Point Arena has an extra game because the game at Mendocino was postponed because of confusion with getting officials to the game. That game is schedule for November 7th.
JUNIOR COLLEGE FOOTBALL
No. 3 San Francisco (5-1) at No.9 SRJC (4-2)…SATURDAY 5 PM
KSRO 1350 AM/103.5 FM…Pregame 4:35
Preview of this game coming on Friday.
My email address is jacpasquini@comcast.net
Share